You Are Here: Home → NBC misses truth by a mile

NBC misses truth by a mile 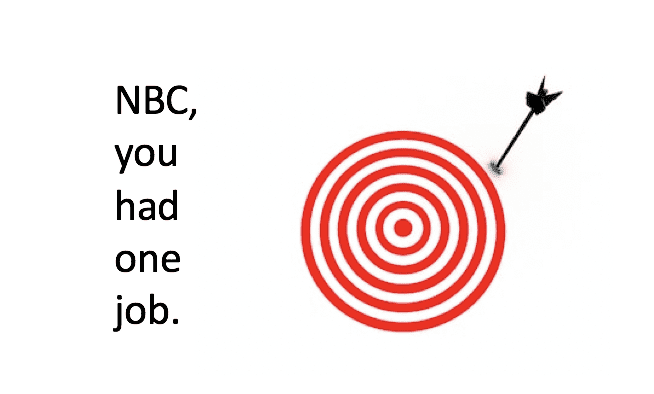 NBC indicates that the recent conflict between Hamas and Israel was sparked by Gazans’ violent protests and launching of Incendiary kites and balloons.

from If Americans Knew staff

In an article entitled “Gaza militants announce ceasefire with Israel in bid to avert war,” NBC completely failed to include any actual context whatsoever in its “reporting” of the latest developments in Gaza and Israel.

The recent uptick in violence followed months of fires caused by hundreds of incendiary kites and explosive balloons sent from Gaza, as well as often violent protests by Palestinians along the fence with Israel. Israeli officials have struggled to deal with blazes set by incendiary devices that have burned thousands of acres of nature reserves and farm lands.

This misrepresentation of the facts failed to mention the basis for the current conflict.

No mention whatsoever was made of Israeli snipers’ killing of 220+ unarmed Gazan protesters. (3 Israelis have also been killed.)

No mention was made of the 11-year blockade of Gaza which has left the people severely lacking in food, medicine, and other basic necessities.

Meanwhile, the U.S. Middle East envoy Jason Greenblatt weighed in on the clashes saying the U.S. stands with Israel as it defends itself from Hamas violence.

“The world is fed up with Hamas violence and the violence of other actors in Gaza,” he said in a tweet.

A comprehensive media study conducted by If Americans Knew several years ago revealed that, during the interval under investigation, NBC had reported on Israeli children’s death at a rate 12 times greater than they reported on Palestinian children’s deaths. See Off the Charts: Accuracy in Reporting of Israel/Palestine