You Are Here: Home → Let’s talk about “We Will Not Allow Gaza To Be Rebuilt” 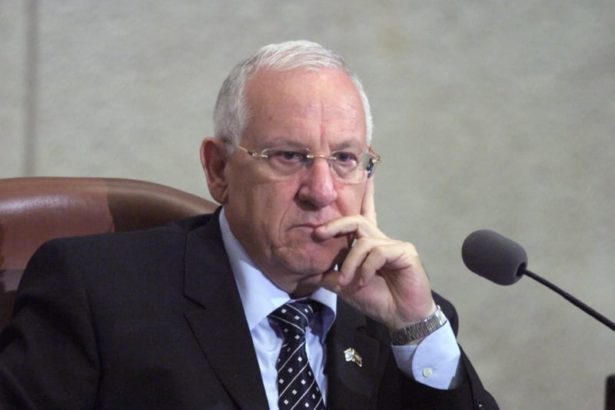 Israeli President Reuvin Rivlin argues for a Greater Israel that would embrace all people and give the Palestinians of the West Bank and Gaza full Israeli citizenship.

Israeli President Reuvin Rivlin speaks as though Israel has Gaza’s best interests in mind, but a little digging proves his words to be utterly disingenuous. Israel blockaded Gaza to begin with, so it is no hero when it occasionally allows a trickle of humanitarian aid across the border; Israel continues to consider Hamas an existential threat when in reality Hamas is too weak to inflict damage; and Israel calls for the release of 2 POWs and remains of 2, all the while holding thousands in detention and remains of at least 26.

As discerning consumers of news, and as conscientious members of world society, it behooves us to employ critical thinking skills to current events and their reporting. World leaders and media moguls will learn to tell the truth when – and only when – they know someone is checking up on them.

Recent statements by Israeli President Reuven Rivlin are so deeply problematic, they deserve a few moments of research and commentary.

President Rivlin declared on 3 July 2018 that “Israel was and has remained the only actor in the region that conveys basic staples for the welfare of the residents of Gaza.”

If “welfare of the residents of Gaza” means helping them get more fresh air by destroying 10s of thousands of homes, true. If it means helping them reach weight-loss goals by limiting caloric intake of refugees, true. If it means reducing overcrowding by withholding lifesaving medical supplies, or facilitating more father-child time by driving up the unemployment rate, or alleviating congestion in the Mediterranean Sea by destroying Gaza’s fishing industry, true.

But seriously, Israel cares for the welfare of the residents of Gaza? It was Israel that started the blockade to begin with more than 11 years ago; it was Israel that, between 2008 and 2016, blocked 26 of 31 humanitarian ships on their way to Gaza; that most recently has closed the commercial crossing into Gaza for all but humanitarian goods. As a UN coordinator said, “humanitarian assistance is no substitute for commerce and trade.”

The reason given for this most recent illegal collective punishment is: retaliation for the non-lethal “terror kites” coming out of Gaza, which are part of the unarmed protests against the illegal blockade – protests which have resulted in the killing of over 135 Palestinians by Israeli snipers. No Israelis were harmed.

So, perhaps Rivlin’s statement about being Gaza’s only benefactor might be less than accurate.

Rivlin also announced that “as long as Hamas administers Gaza with an eye only to destroying the State of Israel and attacking its citizens…Gaza won’t be rehabilitated.”

The 8th most powerful country in the world is trembling in the presence of Hamas? Hamas is so weak that, in 4 wars over the last 10 years, and 3+ months of protests, it has managed to kill less than 100 Israelis – while Israel killed close to 4,000 Gazans. (Indeed, President Rivlin made this statement at a ceremony to honor the memory of the IDF soldiers killed in Operation Protective Edge, in which 71 Israelis and 2,200 Palestinians were killed.)

No, Israel has no fear of Hamas – or anyone else for that matter. Israel could exterminate Hamas in a heartbeat, and they both know it. Not only does Israel have one of the world’s most powerful, advanced armies, it also has nukes and a $10 million/day allowance from Uncle Sam. It has also forbidden Gaza from having weapons or an army. And it has Egypt’s cooperation in restricting the smuggling of rockets into Gaza.

Even if Hamas seriously has “an eye only to destroying the State of Israel,” the goal is simply unattainable. And Hamas has proffered a deal – a return to the pre-1967 borders – that would enable Israel to exist just fine. If Israel would agree to this plan, peace would be a very real possibility, as well as a great bargain for Israel, which would end up with 78% of historic Palestine, while Palestinians would settle for 22%.

As for the fear of Hamas “attacking [Israel’s] citizens,” it is important to note that, even with 10s of thousands of Gazans protesting at the border, week after week since March, only a handful ever tried to break through into Israel. If they had succeeded, the powerful Israeli army would no doubt have neutralized them – after all, it neutralized scores who were nowhere near the fence.

Rockets are similarly not a genuine threat to Israel – and again, both Israel and Hamas know it. Consider the fact that, in 14 years of rocket launches, only 14 Israelis have been killed during peacetime; even during wartime, only an additional 30 have been killed. Rockets are symbolic of Palestinians’ right to resist oppression and occupation.

The very idea that Hamas has any delusions of “destroying the State of Israel and attacking its citizens” is obviously preposterous. But Israel’s leaders use this “existential threat” fable because people believe it – at least until they realize they can scrutinize and disprove such assertions.

Release of remains and prisoners?

President Rivlin also demanded that Hamas leaders return the bodies of 2 Israeli soldiers killed during Operation Protective Edge in 2014. Until those remains are conveyed to their families in Israel, “Gaza won’t be rehabilitated.” Hamas is also allegedly holding 2 Israeli citizens prisoner, and they also must be allowed to return home.

Rivlin’s indignation at Hamas’ refusal to return these Israelis overlooks the fact Israel itself is reportedly holding the bodies of at least 26 Palestinians, and currently holds approximately 5,700 prisoners and detainees. (In fact, since 1967 Israel has detained over 800.000 Palestinians – upwards of 40% of the total male Palestinian population.)

The message of Rivlin’s 2-Israeli-prisoners-2-Israeli-bodies in exchange for relief to 2 million Palestinians is clear: Palestinian lives don’t matter. (It may also be worth questioning the legitimacy of mass incarceration of Palestinian men.)

Having fact-checked President Rivlin’s comments on the restoration of Gaza, what are some possible bigger picture take-aways? 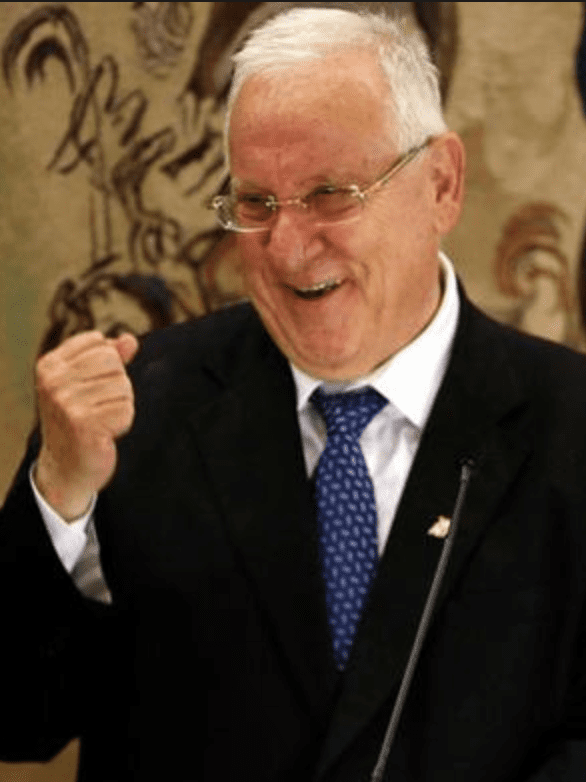 Rivlin intimated that Israel is Gaza’s primary caregiver. Based on our research, we can conclude that Israel is doing a terrible job of it. Think more deeply about it, and other questions might come up: why is Israel in such total control of Gaza anyway?

Rivlin declared that Hamas must stop trying to destroy Israel. We might infer that he is exaggerating Hamas’ capabilities in order to explain away the high death tolls in recent “wars,” and to erase some of the bad publicity from the border protest killings – even as he ignores the reality of the damage Israel has done to the people of Gaza.

Rivlin also requires the return of remains and 2 POWs before Israel will consider Gaza worthy of rebuilding. Obviously we can conclude that this man cares nothing for Palestinians. Beyond that, we might contemplate the reason for Hamas’ unwillingness to comply with these relatively minor demands on Israel’s part. Could it be that Hamas’ war chest is nearly empty – and has been for a long time? A couple of prisoners, a few dead bodies, rockets that rarely do any damage, kites with fire on their tails, and slingshots – that is the enemy against which Israel fights, that is the “terrorism” that Israel trumpets.

In this day and age, we must question authority; we must interrogate media; we must fact-check.

And then we must pursue justice.