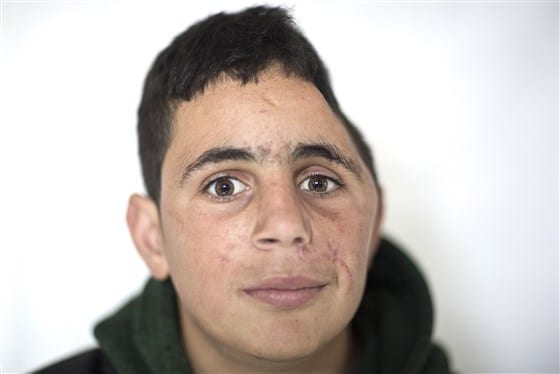 Mohammad Tamimi, 15-year-old cousin of Palestinian folk hero Ahed Tamimi, is just trying to live his life (with 1/3 of his skull missing), but the Israeli media keep harassing him. It wasn’t enough that they shot him in the head: apparently they want this child behind bars.

The unthinkable is absolutely routine in the occupied Palestinian territories. This particular outrage involves a familiar face – that of 15-year-old Mohammad Tamimi.

As Mohammad was walking in his village, Nabi Saleh, 4 Israeli agents disguised as Palestinians jumped him, threw him in a car, and drove out of the village.

The abduction of a young man, even a minor, is a completely ordinary event in the occupied West Bank of Palestine where, during the last 12 months, Israel has held a minimum of 6,000 prisoners at any given time, 280 or more of whom have been minors. This is scandalous but typical.

What makes Mohammad’s kidnapping singularly outrageous is his previous experience with Israeli military. It bears repeating.

On 15 December 2017, during the weekly village protest, Mohammad peeked over a wall into an area where Israeli soldiers generally hang out – illegally occupying an empty villa for the purpose of enforcing an illegal occupation – and when they saw his head, they shot at it. From only a few yards away.

Mind you, these would have been heavily armed, bullet-proof vested, combat-helmeted soldiers. They had nothing to fear. Nevertheless, they shot Mohammad.

The bullet entered near his nose and lodged in the back of his skull; he was bleeding heavily. A Red Crescent ambulance rushed in.

The Israeli soldiers at first refused to let the ambulance leave.

Eventually, Mohammad made it to the hospital, where part of his skull had to be removed due to severe inflammation of his brain. Since then, he has been recovering from this life-threatening injury.

“The slap that was heard around the world”

Moments after the shooting, his cousin Ahed heard the news. Furious and distraught, she screamed at an IDF soldier loitering on her property and delivered “the slap that was heard around the world.” It was a light slap, but resulted in a midnight home invasion by the IDF and a ride to prison.

Culture Minister Miri Regev considered the incident “damaging to the honor of the military and the state of Israel.” Education Minister Naftali Bennett proposed that Ahed receive a life sentence. Deputy Knesset Speaker Bezalel Smotrich tweeted that violence would have been an appropriate response: “In my opinion, she should have gotten a bullet, at least in the kneecap. That would have put her under house arrest for the rest of her life.”

Ahed was charged with 5 counts of assault: “threatening a soldier, attacking a soldier under aggravated circumstances, interfering with a soldier in carrying out his duties, incitement, and throwing objects at individuals or property.” She is now serving an 8-month sentence.

The soldier who had shot her cousin in the face is a free man, likely still carrying a weapon.

Fast-forward 2 months, to 26 February. In a midnight raid on the village of Nabi Saleh, Mohammad Tamimi and 9 other Palestinian youths (5 of them, including Mohammad, minors) were arrested for alleged stone-throwing. His parents begged the police to wait a few weeks, till after the surgery to reconstruct his skull. His interrogators were unmoved. They went forward with high pressure questioning (Mohammad asserts that he was beaten) in which he “confessed”that his severe head injury had been self-inflicted, from a bicycle accident.

Coordinator of Government Activities in the Territories (COGAT) Major General Yoav Mordechai rushed excitedly to Facebook, where he posted (in Hebrew and Arabic), “Wonder of wonders. Today, the boy himself confessed to the police and to COGAT that in December his skull was injured when he was riding his bicycle. The culture of lies continues among young and old in the Tamimi family.”

A later statement from COGAT added that  “The truth is always our guiding light and we will continue to present the truth in order to expose the Palestinian incitement apparatus.” And so, “bicycle accident” was the truth – until Mohammad’s doctor showed an X-ray of Mohammad’s skull with a bullet lodged inside.

How in the world did General Mordechai think he would get away with the coerced bicycle confession, given the high visibility of the events surrounding it? 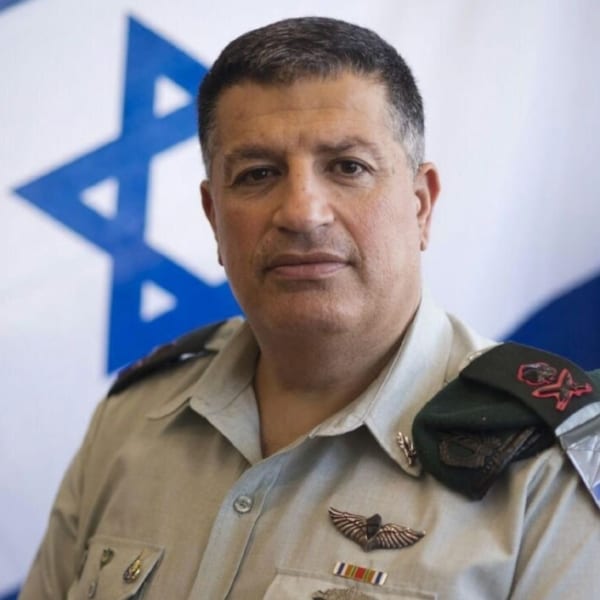 Maj. Gen. Mordechai, head of Coordinator of Government Activities in the Territories (COGAT)Once the doctor’s report (and the actual bullet) appeared, the army’s account changed – but only slightly. When asked by Ha’aretz for a comment, army sources said they could not confirm the origins of his injury. So much for “we will continue to present the truth.”

Most news sources, both Israeli and American, had little or nothing to say when the evidence came to light. That’s how Mordechai got away with his audacious fabrication: mainstream news knows how to quit while Israel is ahead.

On, then, to current events. Mohammad was abducted again on the morning of 20 May, about 5 months post-shooting, 3 months post-bicycle “confession.” He was held till 11 pm, long after he was supposed to break the Ramadan fast with his family and take his medication.

Israeli police denied having detained him; no one had seen the abduction. The family feared he may have fallen and injured himself. The whole village went into search mode. But then as suddenly as he’d disappeared, he was back.

His mother, Manal, believes that Israel wants Mohammad imprisoned, but backed down this time because of his condition. “They are waiting for him to get better…They will try in the next two or three months to arrest him again,” she predicted.

Mohammad’s father, Fadel, reported that Israeli intelligence had called one of Mohammad’s doctors, informing him that Mohammad would be re-arrested once he recovered.

Fostering a culture of fear

Dawoud Yusef, who works with Palestinian prisoners’ rights group Addameer, explained that the continual detention and release of Palestinians is meant to “make the individual feel that they are never safe from the forces of the occupation.” The use of Israeli agents posing as Palestinians is particularly unnerving.

Add to that Israel’s use of surveillance balloons in Nabi Saleh that observe residents and collect intelligence on them 24/7, and one might say that Israel is winning the psychological battle.

Indeed, Mohammad’s mother disclosed, “We feel like anyone in the village can get kidnapped by the Israelis at any time,” she said. “We are scared to allow our children on the street.”

Nabi Saleh is targeted because of its years of peaceful resistance and its alleged refusal to stop “making Israel look bad.”

The fact is, Israel makes itself look bad: when its “moral army” is allowed to shoot children who pose no threat, to use snipersagainst kites and rocks, to kill with impunity. When its government discriminates against people of color, takes food out of the mouths of widows and orphans, persists in breach of international humanitarian law. Israel is managing its negative publicity quite well on its own.

In a land where it is somehow okay to arrest a boy recovering from brain surgery, where a slap deserves a life sentence but shooting in the face does not, reputation is the least of their worries.

Kathryn Shihadah is a staff writer for If Americans Knew and blogger on Palestine Home.