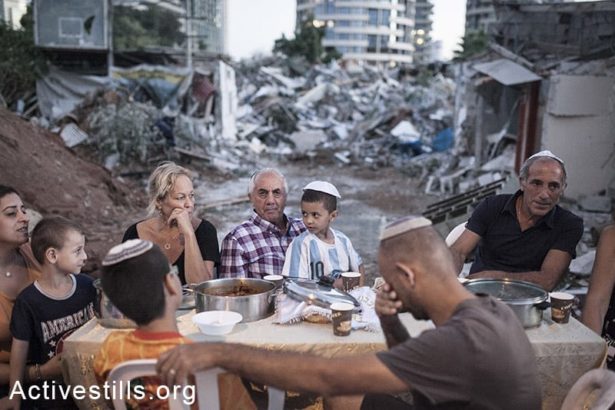 Mizrahi academics and activists demand Israel’s High Court strike down the Jewish Nation-State Law, saying it erases their cultural legacy and perpetuates injustices against both them and Palestinian citizens of Israel.

Over 50 prominent Israeli Jews of Mizrahi origin filed a petition to the High Court of Justice on Tuesday demanding it strike down the Jewish Nation-State Law, saying it discriminates against both Palestinian citizens and Jewish Mizrahi citizens of Israel.

According to the petition, the law, which demotes Arabic from an official language to one with “special status,” is “anti-Jewish” for excluding the history and culture of Jews from Arab and Muslim countries, “while strengthening the impression that Jewish-Arab culture is inferior…and anchoring the identity of the State of Israel as anti-Arab.”

The petition, which was written and submitted by Attorney Netta Amar-Shiff, also refers to a clause in the law that establishes Jewish settlement “as a national value.” According to the petitioners, every time Israel takes it upon itself to demographically “re-engineer” the land, it harms Mizrahim by pushing them into the country’s underserved geographical periphery. This process hinders their access to highly-valued land through admissions committees, which allow communities across the country to reject housing applicants based on their “social suitability.”

Among the signatories are renowned author Sami Michael, Professor Yehuda Shenhav, Professor Henriette Dahan-Kalev, Israeli Black Panther and social justice activist Reuven Abergil, among others. (Full disclosure: the writer is one of the signatories of the petition). According to the petitioners, Mizrahim were largely excluded from the law’s formulation, despite the fact that it would affect their community’s right to preserve its heritage, and that its blatant anti-Arab bias would adversely affect Jews from Arab countries.

Following Israel’s establishment, authorities did everything they could to suppress Arab identity and culture among immigrants from Arab and Muslim countries through a forced “melting pot” doctrine, leaving them both materially and culturally disenfranchised. More than six decades ago, Israeli diplomat and Arabic scholar Abba Eban said: “The goal must be to instill in them a Western spirit, and not let them drag us into an unnatural Orient. One of the biggest fears… is the danger that the large number of immigrants of Mizrahi origin will force Israel to compare how cultured we are to our neighbors.”

For 70 years, this worldview formed the basis for how Israel viewed Mizrahim. The political establishment demanded Mizrahi Jews renounce their Arab identity, while driving a wedge between them and their cultural histories. And yet, despite the establishment’s attempts at cultural erasure, expert opinions and affidavits attached to the petition show that many Mizrahim — including younger generations — continue to view Arabic as both culturally and linguistically relevant to their personal lives.

The expert opinions also seek to lay out the complex histories of Jews from Arab countries, in order to explain why the law, akin to a constitutional amendment, would be both harmful to the cultural legacy of Mizrahim and would continue to negatively affect them. According to Professor Elitzur Bar-Asher, a linguist and expert on the Hebrew language, the goal of the law is not to “strengthen Hebrew [at the expense of Arabic], but to lower its Arabic counterpart.”

In his expert opinion, Dr. Moshe Behar demonstrated how Arabic was an inseparable part the Jewish intellectual world in the Middle East during the Ottoman and British Mandate periods, respectively. According to Behar, Jewish intellectuals considered knowledge of Arabic as a necessity for all Jews in the region.

Cultural researcher Shira Ohayon described the influence of the Arabic language and its connection to the revival of the Hebrew language, poetry and Jewish liturgy, while cultural scholar and film director Eyal Sagui Bizawe noted how Jews living in Arab countries took an active part in the creation of Arab culture, and how that very culture became part of their own heritage.

The petition is an important, and perhaps revolutionary milestone in the Mizrahi struggle in Israel. Among the signatories are women and men, religious, secular and traditional, those who define themselves as Zionists and others who do not. The petitioners seek to anchor Mizrahi identity in its deepest sense by demanding our cultural and historical rights, while using all legal, academic, and moral tools to reject any attempt to isolate Mizrahi Jews from our natural environment — all for the benefit of Israel’s “melting pot” ideology.