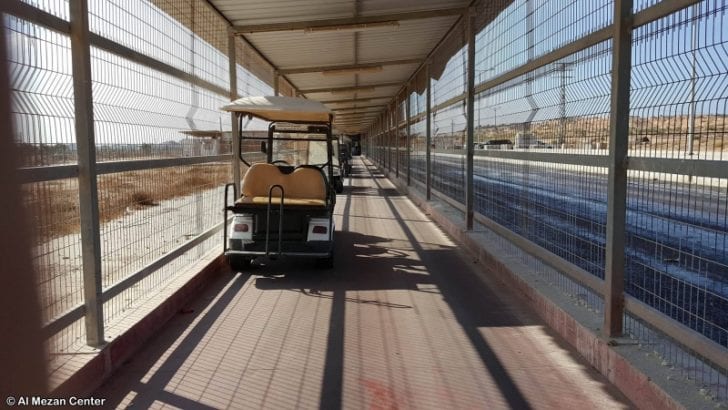 Israel arrests Palestinian cancer patient at the crossing from Gaza into Israel, even though he had a travel permit. Israeli authorities continue to use the crossing as a means of entrapment and attempted coercion of Palestinians residing in Gaza, particularly of those in urgent need of medical exit permits, which are only granted for pressing humanitarian needs.

On Monday evening, 14 September 2020, the Israeli authorities at Erez crossing arrested Mohammed Tayseer Sawali, a 36-year-old cancer patient from Khan Younis, despite having granted him a travel permit. Sawali was on his way to Augusta Victoria Hospital in Jerusalem.

Sawali’s family told Al Mezan that Mohammed was diagnosed with colon cancer six months ago and had been referred to Augusta Victoria Hospital for medical treatment. His mother, Asmahan Sawali, was his designated companion. However, when they arrived at Erez crossing at around 1pm on Monday, Mohammed was called in for interrogation by Israel Security Agency officers at the crossing. Several hours later, at around 7pm, Asmahan Sawali was ordered to go back to Gaza without her son who had just been arrested. She was admitted to a quarantine facility upon returning as a mandatory preventive measure—initiated by authorities in Gaza—to fight the spread of COVID-19. The reason for Sawali’s detention and his current health condition remain unclear.

The Israeli authorities continue to use Erez crossing as a means of entrapment and attempted coercion of Palestinians residing in Gaza, particularly of those in urgent need of medical exit permits, which are only granted for pressing humanitarian needs.

Al Mezan Center for Human Rights condemns the detention of Mohammed Sawali and the policies and practices of the Israeli authorities that hamper access to healthcare and ultimately the denial of the right to health. The physical and psychological pain that patients and their relatives endure while attempting to access healthcare is a form of cruel, inhuman or degrading treatment or punishment.

Al Mezan reiterates its calls on the international community to ensure the respect of international law, and to exert pressure on Israel, the occupying power, to lift the blockade and closure, ensure freedom of movement of goods and people, put an end to the policy of arbitrary detention, and investigate incidents involving torture, ill-treatment and coercion of Palestinians.