You Are Here: Home → Israel to reopen Gaza’s main crossing if peace persists 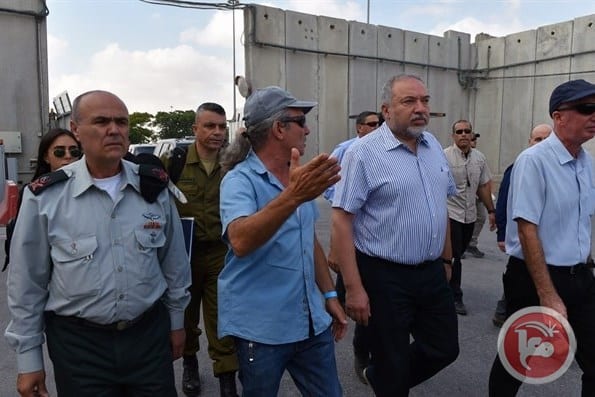 Lieberman presented an offer to the Hamas movement, which would be put into effect on Tuesday, in exchange for recent cross-border tensions to be ceased.

The presented offer includes reopening the Kerem Shalom crossing, Gaza’s main commercial crossing, for the import of goods, food, fuel, and medicine, as well as the expansion of the reduced fishing zone back to six nautical miles.

[Editor’s note: according to the Oslo Accords, Gazan fishermen should be permitted to fish up to 20 nautical miles from shore, but Israel has restricted their fishing zone to as little as 3 miles. 95% of Gazan fishermen require humanitarian assistance.]

Lieberman described Saturday as the calmest day since March 30th, which was the first day of “The Great March of Return” protests in the Gaza Strip.

He added that if the situation remains calm, the Kerem Shalom crossing could be reopened on Tuesday.

The closing of the Kerem Shalom crossing and the reduction of the fishing zone came after Israel’s Prime Minister Benjamin Netanyahu decided to impose severe economic sanctions on the besieged Gaza Strip, following four months of launches of incendiary kites and explosive balloons from the strip into southern Israel, which has scorched thousands of acres of land along the borders.

The economic sanctions and the launch of incendiary kites caused violent attacks to escalate the past week between Israel and the Hamas movement but calmed down on Saturday.Lieberman demanded that in return for the presented offer, the incendiary kites and explosive balloons would not be launched, attacks would stop at the Israel-Gaza border, and no rockets would be fired towards Israel.