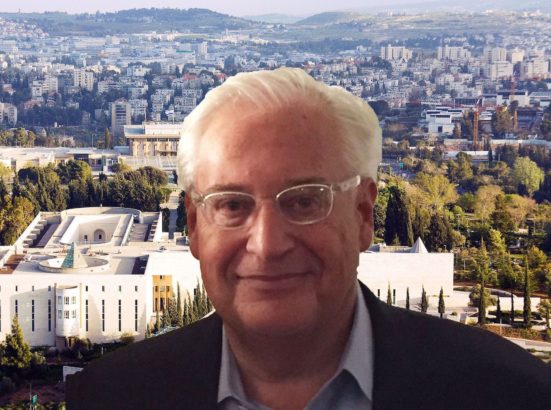 The Senate Foreign Relations Committee will begin confirmation hearings on Thursday morning for Donald Trump’s nominee for the post of U.S. ambassador to Israel, David Friedman.

Paul has not said how he will vote, but previously spoke against Trump nominees Elliott Abrams and John Bolton, both known for their extremely hawkish stands and fervently pro-Israel sympathies.

A diverse array of organizations are actively opposing the nomination, including both Israel partisans and critics.

Friedman, a bankruptcy lawyer, has been a columnist for two Israeli right-wing Israeli newspapers and serves as the president of an organization that finances Israeli settlements. Liberal Israeli organizations and individuals, who tend to oppose Israel’s settlement enterprise (these are illegal under international law), oppose Friedman and believe his nomination would be damaging to Israel.

Friedman has called supporters of the pro-Israel group J Street “worse than kapos” (Jewish Jewish prisoners who worked for the Nazis in concentration camps). He is expected to apologize for the remark during Thursday’s confirmation hearing.

The Israeli newspaper Ha’aretz reports that Friedman has a residence in the affluent Jerusalem neighborhood of Talbiyeh, where he and his wife “spend the Jewish holidays along with their children and grandchildren twice a year.”

Talbiyeh was originally inhabited by Palestinian Christians. After Israel’s founding 1947-49 war, it confiscated the land for Jewish-only habitation.

According to Ha’aretz, Friedman supporters Senators Cory Gardner (Col.) and Jeff Flake (Az.) have also received campaign contributions from the Republican Jewish Coalition, “an organization affiliated with and supported by Republican mega-donor Sheldon Adelson, a staunch opponent of the two-state solution to the Israeli-Palestinian conflict.”

On some aspects, Trump is taking a more moderate stand on Israel than expected. The Christian Science Monitor reports: “Don’t wait for Trump to shift dramatically from the positions set by the Obama administration, whether on the Iran nuclear deal or the controversial idea of moving the US embassy to Jerusalem.”

The article concludes: “Trump’s measured tone on Israel so far contrasts with the more aggressive approach he’s taken on some domestic issues, particularly immigration. But it fits into a broader trend of Trump moderating his fiery rhetoric on foreign policy. From China to NATO, the president has so far moved more cautiously than his campaign pronouncements suggested he might.”