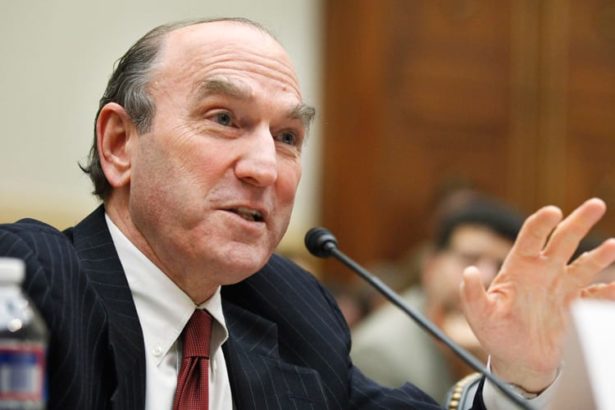 We live in a political environment where nothing is any longer real. Allegedly apolitical Amnesty International issues a 48 page report stating that 13,000 political prisoners have been hanged in Syrian government prisons “a crime against humanity” and then it is revealed that the document was fabricated in London based on unconfirmed rebel sources and that its graphics were computer generated simulations. The mainstream media is uncritically promoting the allegations and the author of the report has been marketing the claims as if they are factual while beating the drum for military intervention and regime change in Syria.

The American government similarly should be regarded as a terra incognita if one is in search of the truth. If there is one thing I learned from more than twenty years of moving in and around the vast federal bureaucracy it is that one should never believe anything appearing in the media regarding elected officials or senior managers. If one were to accept uncritically everything being said about people at or aspiring to be at the top of the government one would have to believe that our country is led either by geniuses or idiots depending on your political point of view. Washington is either completely bad or completely good depending on one’s perspective and you should always triple check the sources.

In reality, even Vice Presidents and Secretaries of Defense brush their teeth every morning just like everyone else and they are commonly no more or less ethical or intelligent than most people in the general run of the population. To be sure, we have had our share of completely incompetent and politically corrupted senior staff under President Barack Obama, to include Eric Holder, Ash Carter, Loretta Lynch, Samantha Power, Arne Duncan and Susan Rice while the list of President George W. Bush and Bill Clinton appointees is so dreadful that it is best not to even try to recall who did what and to whom, though I do feel compelled to drop two names – Sandy Berger, best known for stuffing national archive documents down his trousers and Madeleine Albright who thought killing 500,000 Iraqi children through sanctions was “worth it.”

And if any readers out there are concerned lest the high-minded patriots that make up successive cabinets have been in some way held accountable for the damage they did to the country I am pleased to report that not one of them has suffered in any way. Those who are still alive all occupy well remunerated sinecures and pop up occasionally at presidential libraries where they can share their days of glory with the slick willies who hired them in the first place.

That all means that Donald Trump is not exactly unique in his attempt to satisfy all the GOP and national constituencies who are seeking to be validated by having “one of theirs” in a prominent position. We are now entering into the final stages of the transition process to name the last few political appointees who will take senior positions in the new Administration. A number of layabouts and scallywags have surfaced during the process and some have even made it to the top levels. That those like John Bolton did not make the final cut, apparently due to his moustache and the principled opposition to his candidacy mounted by Senator Rand Paul, has the entire world breathing a sigh of relief. Others, to include Michael Flynn the National Security Advisor [update: Flynn has been forced to resign] and Nikki Haley as U.N. Ambassador unfortunately did manage to squeak through and will presumably be well placed to wreak havoc over the next four years.

But truly the most ghastly candidate who almost made it through the screening process , in this case to become number two at the Department of State, had to be Elliot Abrams. Abrams had the support of Secretary of State Rex Tillerson, Chief of Staff Reince Priebus and Principal Adviser Jared Kushner. Abrams was reportedly nixed by Trump himself due to his sharp criticism of the GOP candidate during the campaign against Hillary Clinton.

The American people and the rest of the world really dodged a bullet when Abrams was denied as he was the neoconservative candidate par excellence and might be regarded as the potential enabler of a neocon reentry into government. Predictably his buddies rallied around to praise him in defeat, with CNN quoting an unnamed “Republican source” who mourned “This is a loss for the State Department and the country and, for that matter, for the President.” Another said Abrams did not get the position because of “Donald Trump’s thin skin and nothing else,” which is manifestly a ridiculous comment as Rand Paul was clearly sending a signal that he would also work hard to block the appointment. Tillerson, however, reportedly pushed for Abrams “because he felt he needed his foreign policy experience…” Excuse me?

Abrams’ “foreign policy experience” is largely negative and some would even suggest criminal. He was an odd choice in any event, only explicable due to his still powerful neocon network pushing him forward. He had written an opinion piece in May in The Weekly Standard entitled “When You Can’t Stand Your Candidate” after Trump had obtained enough support to become the Republican nominee. The first line of the Abrams article reads “The party has nominated someone who cannot win and should not be president of the United States” in part because of his “complete ignorance of foreign policy” and it goes on to question Trump’s “character and fitness to be commander in chief.” He advocated purging the GOP of Trump supporters after the expected victory of Hillary Clinton. And this man actually expected to be appointed to high office by Donald Trump?

Abrams is a close associate of leading neocons Bill Kristol and Robert Kagan. He was a founding co-signer of their Project for a New American Century, led the charge to invade Iraq after calling for “regime change,” and has endorsed military interventions in Libya and Syria as well as Iran. He withheld information from Congress in the Iran-Contra scandal, was convicted, and later pardoned by George H. W. Bush.

Elliot Abrams has received considerable media coverage since his name surfaced as possible Deputy Secretary of State but none of it has focused on his close attachment to the state of Israel and his belief that Jews should not marry non-Jews. He is a regular speaker on the so-called “synagogue speaker circuit” and is cited frequently in the Jewish media both in the U.S. and in Israel. He called Chuck Hagel an “anti-Semite” when Hagel was up for confirmation as defense secretary because Hagel had been mildly critical of Israel and the Israeli Lobby while a Senator.

Abrams was and presumably still is opposed to U.S. pressuring the Netanyahu government to bring about a peace settlement with the Palestinians, telling Bill Kristol in an interview that “…tension…is growing between the U.S. and Israel over this. Because we are constantly asking in my view for Israeli concessions, to kind of oil this mechanism of peace. And the Israelis are getting tired of it. And they think, you know, this is not the way an ally should act.” His sagacious view is a clear misrepresentation of the actual facts to ignore real American interests and favor the Israeli point of view. It should have been a disqualifier for a senior post at State but for the established fact that only Israel Firsters need apply for any positions at Foggy Bottom that deal with the Middle East.

[No photos of Haspel seem to be available]

The other uninspiring appointee that unfortunately made it through the vetting process is Gina Haspel, who was named as Deputy Director of the Central Intelligence Agency on February 2nd. She was reportedly involved in the rendition and torture programs ca. 2003-4 and actually was senior officer in charge of one of the overseas prisons located in Thailand, which was the epicenter of the “enhanced interrogation” program and the site where al-Qaeda prisoner Abu Zubaydah was waterboarded 83 times, “tortured so brutally that at one point he appeared to be dead.” In 2005 she also ordered the destruction of the video tapes made of the interrogations to avoid providing evidence to any congressional inquiry into what had gone on.

The appointment of Haspel is a sign that torturing people can be career enhancing if one works for the United States government. Her promotion was endorsed by the usual suspects including Director of National Intelligence James Clapper and former Acting CIA Director Michael Morell, who has recently advocated assassinating Iranians and Russians to send a message that the United States is “serious.”

If one needs more evidence that many in the United States government at senior levels should be locked away somewhere to protect the rest of the world I would point both to Haspel and also to last week’s reaction to what was an eminently sensible comment by Donald Trump. Trump was asked by interviewer Bill O’Reilly why he respected a “killer” like Vladimir Putin and responded “You got a lot of killers. What, you think our country’s so innocent?” He added that Putin “is a leader of his country. I say it’s better to get along with Russia than not.”

For drawing what was described as a “moral equivalency” between Russia and the U.S., Trump was blasted by The New York Times, The Washington Post, a gaggle of Republican senators led by the lugubrious Mitch McConnell, sundry Democrats and late night television hosts. Yet Trump was, if anything, too nice. The United States has unleashed far more havoc on the world than Putin and yet it persists in describing itself as the “Leader of the Free World” and the planet’s greatest democracy. Abrams is intent on regime changing most of the Arab world to benefit Israel while Haspel does torture. Both are described as respected members of the foreign policy establishment and are lauded by the media and political chattering class for their service to their country.

Go figure. That people as morally repugnant as Haspel and Abrams should be considered for high level office in Washington is a travesty. All of the flag waving and boasting of American exceptionalism is a joke as the civilian death toll from drone and shadow warriors continues to mount in places like Afghanistan, Syria, and Yemen. Yes, it is indisputably far “better to get along with Putin” and with everyone else, but that appears to be something that many people in Washington find hard to accept.

Philip Giraldi is a former CIA officer and anti-terrorist expert. He is president of the Council for the National Interest, where this was published. It was first published by the Unz Review under the title “Two Uninspiring Choices: Government sometimes seems the employer of last resort.”