You Are Here: Home → Even with ICC investigation looming, Israel refuses to behave itself 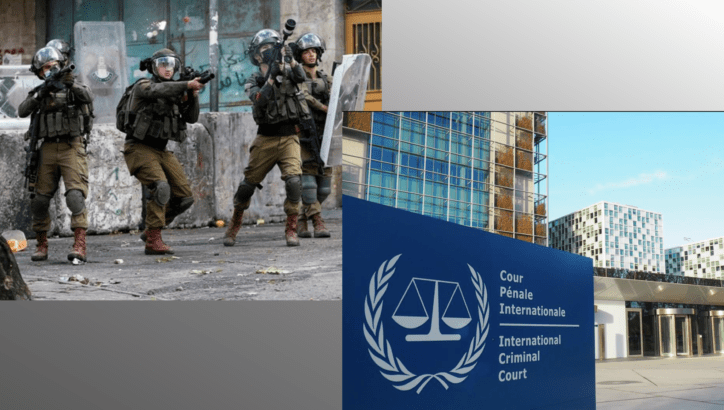 Palestinians are denied their human rights on a daily basis in Israel, but perhaps the International Criminal Court’s intervention will change things for the better.

In case you haven’t heard, Israel is in a bit of hot water. The International Criminal Court is about to begin investigation into possible war crimes by Israel against the people of Palestine.

Israel is well aware of the looming investigation, and has not really tried to deny the war crimes charges. Rather, it has claimed variously that the probe should be called off because either Israel is outside ICC jurisdiction, or Palestine is not a state, or the ICC is “politicized” or “antisemitic.”

Again, Israel has said little or nothing in denial of the charges.

The US administration has stood by Israel’s side, knowing that possible American war crimes in Afghanistan may be next on the court’s docket, and the media, as usual, ignore it. Remember, our politicians have voted to expend $19 million per day on behalf of Israel.

A recent article that IAK posted, “Indisputable facts about Israel and the International Criminal Court,” explains why the arguments against this investigation don’t hold water.

The ICC is stepping in between Israel and Palestine because Israel is (allegedly) unwilling to prosecute violations of international law. Naturally, Israel claims this isn’t the case – it is a “democratic, law-abiding nation” with the “most moral army in the world.”

With the ICC about to start poking around in Israel’s business, one might think that at a minimum, Israel and its moral army would lie low for a while, or try to do a few good deeds – but quite the opposite is true. If anything, Israel has been outdoing itself in its efforts to ruin its Palestinian neighbors.

Here are a few recent stories, brought to you by IAK and other news sites, on Israel’s conspicuous misconduct:

(Since its birth as a nation on 78% of historic Palestine, Israel has demolished over 120,000 Palestinian homes. The act is prohibited under international law.)

Article: In 2020, Israeli human rights violations escalated against Palestinians. Again, during a pandemic, Israel has committed a record number of human rights abuses, including killings, home demolitions, arrests, confiscations, and various other acts of violence.

One group that has been documenting Israel’s actions for 20 years recorded over 2,200 human rights abuses just since New Years’ Day, 2021. (For some recent examples of violations, read “Israel’s week-long smorgasbord of abuse against Palestinians March 9-15.”)

Article: “’Unprecedented escalation’ in Israeli settler attacks against Palestinians.” Israeli settlers are Jewish Israelis who live inside the Palestinian West Bank on confiscated Palestinian land. One might think that, since they’re in breach of international law, these settlers would keep a low profile. One would be wrong.

Extremist settlers often violently attack Palestinians on the Palestinians’ own land (for a recent example, read “A Palestinian photographs a trespassing Israeli settler, gets his skull fractured”). Settlers want that land, and the Israeli police and military are often complicit in their violence.

These are a few of the major trends in Israel that the International Criminal Court would likely frown upon.

But as appalling as these human rights abuses are, they are just the tip of the iceberg. Israel has been engaging in all kinds of shenanigans – and the International Criminal Court will just have to deal with it.

Why would Israel continue to act out when it’s already in big trouble? It’s bewildering. The evidence of Israel’s treachery continues to mount.

Here are a few more examples that IAK and others have reported on in recent weeks – from “the only democracy in the Middle East”:

Article: “Israel’s KKK – Jewish Power Party – partners with Netanyahu.” Israel has just completed its 4th election attempt in 2 years (the first 3 didn’t take – it’s complicated). In order to form a government under the Israeli system, the many political parties must find enough common ground to form coalitions. Current Prime Minister Benjamin Netanyahu recently formed an alliance with the most openly racist political party In Israel: Otzma Yehudit, or Jewish Power (one of several supremacist parties – but the most brazen of the lot).

The Jewish Power party has ties to the late Meir Kahane, founder of an FBI-designated terrorist group in the US, and a political party in Israel that was so racist – even by Israeli standards – that it was banned (read more about Israel’s religious radicals in “In Israel, religious extremism is pervasive, unchecked”). And Jewish Power just snagged 5% of the seats in the Knesset (Israeli legislature).

Israeli journalist Yossi Gurvitz said of the election that “the Knesset now contains 20 seats of racist Jewish supremacist parties, and they’re coming into their own and not going anywhere.”

Article: “Israel arrests Palestinian politicians ahead of PA elections.” That’s right, as the Palestinian people gear up for an election of their own, Israel has been locking up Palestinian legislators and candidates. Essentially, any politically active Palestinian risks arrest, as “Israel considers virtually all Palestinian parties and resistance organizations to be “terrorist” groups.” 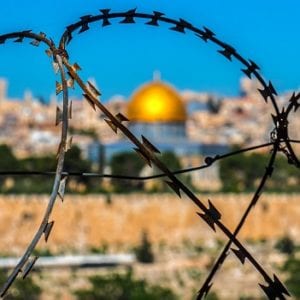 The ICC is not likely to look favorably upon these actions. But wait, as they say, there’s more.

Article: “Israeli industrial zones exploit Palestinian workers, steal Palestinian land.” This discrimination and land theft are part of a long-term, nation-wide system that much of the world considers apartheid (for details on the apartheid situation in Israel/Palestine, read “This is apartheid: Jewish supremacy from the River to the Sea”; for South African reactions to the apartheid label, read “To Jews, from a rabbi raised in South Africa: ‘tell the truth – Israel is apartheid’”).

Article: “Israeli forces shoot dead another Palestinian demonstrator.” For years, Palestinians – often villagers – all over the West Bank have been organizing and participating in weekly protests. Israeli military consistently responds with brutality. US media almost never report on these nonviolent demonstrations.

Do you wonder what Palestinians would want to protest against? (Hint: wall, state violence, restricted movement, land confiscation, and torture, to name a few.) In 2018 and 2019, Gazan Palestinians protested weekly for 19 months against the blockade and for their right of return from exile (for more on demonstrations, check out any of over 100 local stories here, at IMEMC, the International Middle East Media Center).

Article: “Israel’s FBI gives human rights researcher a ‘warning.’” Yes, in this story, a member of the Israeli security services tells a human rights researcher to stop gathering evidence of the Israeli military’s use of unnecessary force against unarmed Palestinians (like this young man, shot in the neck as he tried to stop soldiers from wrongly confiscating a generator).

Article: “Israel’s military courts for Palestinians make a mockery of justice.” This article begins with the words, “The overwhelming majority of Palestinians in the West Bank were born into, and have spent their entire lives under, an Israeli military occupation that violates their right to self-determination. A new report by the UK charity War on Want exposes [Israel’s] military judicial system characterized by violations of international law.”

The International Criminal Court would not be a fan of any of these stories. Here are a couple more headlines, just for good measure. 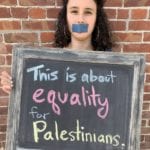 There’s more, much more, but perhaps that’s enough for one day.

This is a lot to digest – especially if you have not heard about Israeli war crimes and human rights abuses.

Israel has been perpetrating these injustices for decades (read a synopsis of the history here), but until recently, it has not been well-known (thanks in part to pro-Israel censorship on mainstream media).

Now that the cat is out of the proverbial bag, Israel and its supporters are scrambling – not to right Israel’s wrongs, not to clean up Israel’s act. Rather, they’re trying to pressure American conservatives and progressives to embrace Israel as it is, to shut down criticism.

But Americans are getting smarter.

In the last few years, the cause of justice for Palestinians has picked up momentum in the US – even in Congress, which has had a long-term love affair with Israel. Here are a few examples that IAK has brought you recently:

Article: “Gallup: support for Israel waning – majority of Democrats want pressure on Israel” Polling results like this would have been unthinkable a few years back, but like you, Americans are listening to the facts. Instead of blaming Palestinians for resisting their oppressor, more of us are acknowledging Israel’s oppression of Palestinians.

Article: “‘Winds are shifting’: US Congress criticize Israel in two rare letters.” It’s one thing to sway regular folks; it’s another thing entirely to sway Congress members. But it’s starting to happen: legislators are boldly standing up to the Israel lobby and saying “not on my watch.”

The question remains: why? In the face of growing opposition and the awkwardness of being tried for war crimes in front of the whole world, why would Israel persist in its abuses?