You Are Here: Home → Jonathan Pollard says Jews ‘will always have dual loyalty’ and would counsel young Jews to consider spying for Israel 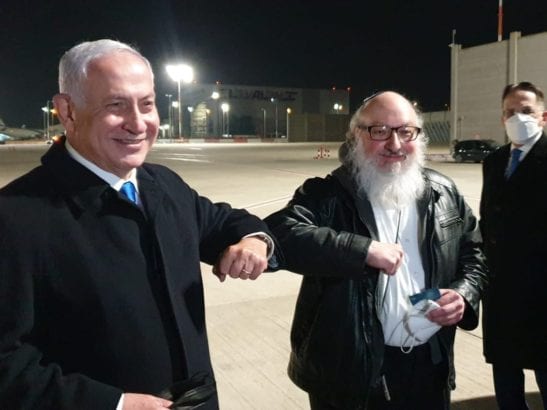 Jonathan Pollard, the convicted spy for Israel whose story haunted the American Jewish community’s relations with the U.S. government for decades, is unrepentant.

“The bottom line on this charge of dual loyalty is, I’m sorry, we’re Jews, and if we’re Jews, we will always have dual loyalty,” Pollard said in an interview published Thursday in Israel Hayom, his first extensive remarks since his release from prison in 2015.

Pollard recalled how much of the Jewish leadership did not stand up for him following his 1985 arrest, when he was a civilian analyst for the U.S. Navy who was found to be spying for Israel.

“If you’re outside Israel, then you live in a society in which you are basically considered unreliable,” he said.

The U.S. Jewish leadership eventually softened in its outlook, and some Jewish leaders lobbied for Pollard’s release, saying his life sentence was excessive.

Pollard’s full interview will be published Friday. In an earlier excerpt published by Israel Hayom, he said he knew he “crossed a line” when he relayed the information to Israel, but added that he believed the United States was withholding from Israel intelligence critical to its security.

Pollard’s arrest and eventual conviction complicated ties between U.S. Jews and sectors of the government. Jews seeking entry into or advancement in the national security apparatus were often rebuffed, with Pollard cited as the reason. The Pollard narrative in part drove the espionage charges brought in 2004 against two top staffers for the American Israel Public Affairs Committee — a case that fell apart but drastically changed how AIPAC operated.

Pollard suggested that Jews were deluding themselves if they thought of America as a home and suggested he would counsel a young U.S. Jew working in the American security apparatus to spy for Israel.

Pollard was paroled from his life sentence in 2015. The terms of his parole were not renewed last year and he flew to Israel, where Prime Minister Benjamin Netanyahu greeted him at the airport. Sheldon Adelson, the late owner of Israel Hayom, provided a private plane for Pollard to fly to Israel.

Pollard was one of the most damaging spies in US history. He sold over one million pages of materials to Israel. Seven U.S. Secretaries of Defense had said they didn’t want him freed because he had committed such serious offenses… The US prosecutor said Americans died because of Pollard’s crimes…