You Are Here: Home → Israel, a Vengeful Democracy 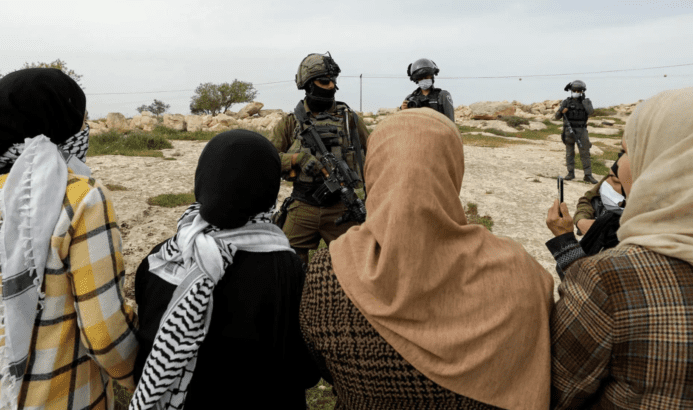 Israeli journalist Amira Hass calls out Israel’s unjust treatment of a young Palestinian man with an otherwise promising future – false accusations and “secret evidence” keep Laith Abu Zeyad from a position with Amnesty International in London, and also from seeing his mother on her deathbed.

The Shin Bet security service has ruled that Laith Abu Zeyad, 30, would be a danger to Israeli security if he travels to London for a year to work in the head office of Amnesty International. The risk he poses to our security is so great that Israel didn’t even allow him to be at his mother’s side as she was dying from cancer in an East Jerusalem hospital, three kilometers (less than two miles) from their home in Al-Azzariyeh in the West Bank. After much effort was exerted, the permit came through, two days after his mother died.

The Shin Bet has not summoned him for any type of interrogation. Soldiers haven’t raided his house in the dead of night. The military prosecution hasn’t charged him with anything. And still, for over a year-and-a-half he has been forbidden to do what he had previously done without any problem – go to Amnesty’s office in East Jerusalem and travel abroad.

In August 2019 he was still able to attend work meetings in New York. A month later he was forbidden to accompany his mother to the hospital and in October 2019, he was turned back at the Allenby Crossing as he tried to get to the funeral of a relative in Jordan. His alleged dangerousness is so great that he is not allowed to know what evidence there is of it.

He’s a talented guy, Laith Abu Zeyad. He has a master’s in sociology and human rights from the London School of Economics and Political Science. He earned his bachelor’s degree in international law and human rights at Al-Quds University in Abu Dis, and also worked as an intern in its human rights clinic. From January 2016 until October 2017, he worked for the Addameer organization that supports Palestinian prisoners. Then he was hired by Amnesty.