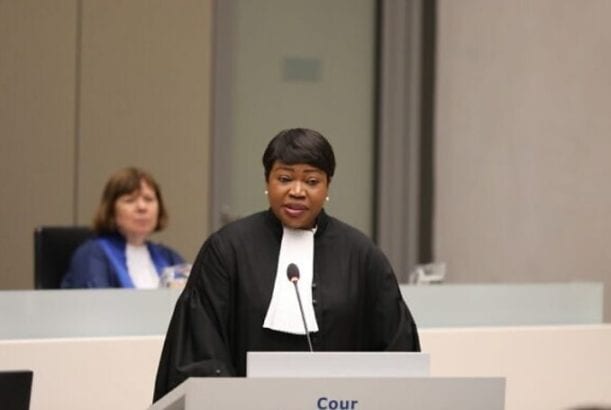 In December 2019, ICC Prosecutor Fatou Bensouda had concluded that the Court’s initial findings are a sufficient basis for an investigation into war crimes committed by Israeli officials and Palestinian groups in the occupied territories and that the Court does have jurisdiction to look into the matter.

The decision, then, has angered Israel and its Western allies, who insisted that the ICC has no jurisdiction since Palestine, they alleged, is not an independent state. Consequently, Bensouda referred the matter to the ICC Pre-Trial Chamber, requesting a “ruling on the scope of the Court’s territorial jurisdiction in the Situation in the State of Palestine”.

“Pre-Trial Chamber I of the International Criminal Court .. decided, by majority, that the Court’s territorial jurisdiction in the Situation in Palestine, a State party to the ICC Rome Statute, extends to the territories occupied by Israel since 1967, namely Gaza and the West Bank, including East Jerusalem,” the ICC said in a press release that was made available to international media, including The Palestine Chronicle.

“The Chamber found that, regardless of its status under general international law, Palestine’s accession to the Statute followed the correct and ordinary procedure and that the Chamber has no authority to challenge and review the outcome of the accession procedure conducted by the Assembly of States Parties. Palestine has thus agreed to subject itself to the terms of the ICC Rome Statute and has the right to be treated as any other State Party for the matters related to the implementation of the Statute.”

The State of Palestine became a signatory of the Rome Statute in January 2015.

In recent months, The Palestine Chronicle has conducted a series of interviews with international experts regarding this matter, including one with Professor Richard Falk, Former UN Special Rapporteur on Palestinian human rights, and Dr. Triestino Mariniello, member of the legal team for Gaza victims at the ICC.

Both specialists agreed that the ICC does, in fact, have jurisdiction, and that, despite the intense political pressure and US sanctions on the ICC, the war crimes investigation is likely to move forward.