You Are Here: Home → Congresswoman Manning: let’s put your Sderot experience in context 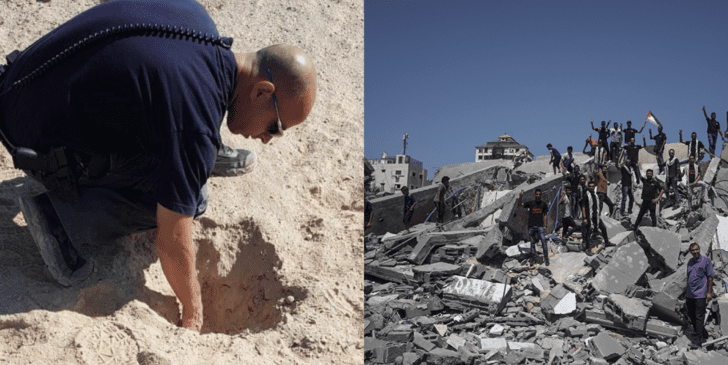 Freshman Congresswoman Kathy Manning (D-NC) needs an accurate frame of reference before she talks about her Israeli bomb shelter moment. Here is a synopsis of the issue for her perusal.

I read your description of the Capitol riot and your comparison to the day you had to “run to bomb shelters in Sderot [Israeli town near the Gaza border] with sirens blaring and rockets overhead.”

There is so much more to the story, however, than your fear. As a leader in the American Jewish community and a member of Congress, you need a fuller picture of the situation that has made rockets and bomb shelters a reality.

Maybe if you learn all the facts, not just the version given to you by Israel, you can do something during your time in Washington to make life better for the people of Sderot and Gaza.

Congresswoman Manning, you know that Sderot is less than half a mile from the Gaza border, and you know that Sderot is famous as a target for Gazan rockets and incendiary balloons. That’s probably why you visited that particular town. You heard about the residents’ courage and resilience. You experienced an air raid siren and ran to a bomb shelter.

You probably got to see the massive, high-tech Iron Dome anti-missile system that was developed specifically to protect the residents of the “Gaza envelope” (including Sderot). Maybe you heard that the US Congress voted to pay for it with our tax dollars – $5.5 billion – and that it works really well.

Your visit to Sderot must have been unforgettable, but there is much you didn’t see, much your Israeli tour guide didn’t tell you – and it’s unforgettable too.

Sderot is built on the remains of the Palestinian village of Najd that was ethnically cleansed in 1948. Those families now live in Gaza.

According to the Israeli military, the first rocket was fired by Gazan resistance groups on April 16, 2001 – after six months of shelling and invasions by Israeli forces that killed 570+.

In the 20 years since Palestinians in Gaza started using rockets, they have killed a total of 30 Israelis. During the same time, Israeli air strikes have killed more than 4,000 Gazans.

Sderot, the poster child for Gaza rocket violence, has experienced 10 Israeli deaths from rockets – the most recent was thirteen years ago.

Elephants in the room

Congresswoman Manning, there is much more you don’t know – and some of it you have chosen not to know.

You are not the only one. Millions of Israelis, and hundreds of millions of others around the world (especially in the US) are overlooking the elephants in the room. Some are so obvious, you have to make a real effort to ignore them. But on some level, you know they’re there.

Over 70 percent of Gazans are refugee families that were forced off their land in Israel when it was created, which then confiscated their homes and property.

These people have a right to return to their homes, but Israel refuses.

Many of those displaced Palestinians now reside in Gaza in abject poverty. Israel has shut the 2 million residents of Gaza off from the world and has kept them under siege for 14 years – blocking the entrance of food, vital medicine, and other staples. Many Gazans are unable to obtain fresh water. Israel is literally starving and poisoning Gaza.

No one should have to endure such profound, prolonged injustices. No people group would tolerate this without fighting back in whatever way they can – and no one should blame the people of Gaza for resisting their own oppression. That is the biggest elephant in the room. If you haven’t considered that, Congresswoman Manning, you haven’t been thinking.

The rockets are little more than a symbolic form of resistance: it is the best they can do as an essentially unarmed population under the boot of Israel’s world-class military (subsidized by US aid at a rate of $7,000 a minute).

When rockets fly from Gaza and “rain down” on Sderot and its neighbors, they are a reminder to Israel and the world that Palestinians will keep resisting until they have justice. But instead of addressing this issue, Israel “retaliates” with devastating airstrikes against the starving, impoverished civilian population (see photos below).

Instead of building better bomb shelters and bigger Iron Domes, instead of buying more warplanes and making more smart bombs, why not deal with the elephants?

As a member of Congress, Ms. Manning, you can lead the way in this.

A culture of hostility

Israel has built a wall around the West Bank, much of which is a 25-foot tall concrete eyesore. Around Gaza, Israel has erected a high-tech 20-foot fence that includes sniper towers and a subterranean wall (at a cost of $6.4 million per mile for the 40-mile border) – that wall even extends into the Mediterranean Sea, both above and underwater. And in the tiny area of the Mediterranean Sea where Israel allows Gazans to go fishing – a fraction of what the Oslo Accords “guaranteed” – Israel monitors and regularly shoots at Gaza’s fishing boats.

And with one of the most powerful militaries in the world and cutting-edge missile defense equipment, Israel is a fortress.

If Israel had put that effort and (American) money into creating a just society for all of the people in the land, there would be no need for rockets and bomb shelters.

But it’s not too late to turn things around. One courageous woman could start a movement to bring justice to Israel and Palestine.

While you think about it, please look at these photos.