You Are Here: Home → Ha’aretz: What Happens at Israel’s Border Crossings Is Calculated Humiliation

Ha’aretz: What Happens at Israel’s Border Crossings Is Calculated Humiliation 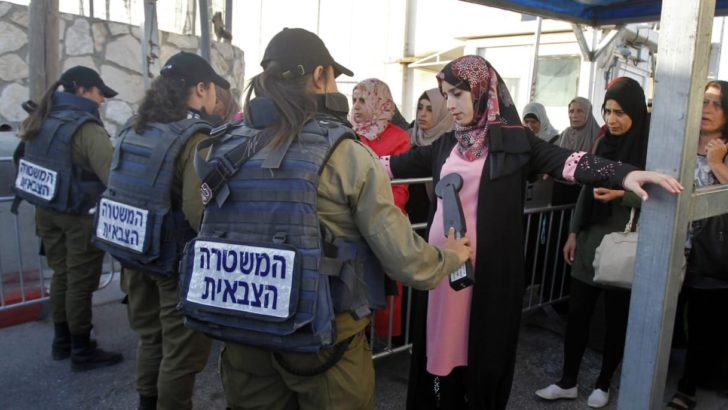 Why is everyone getting all upset over the interrogation at the border crossings of a few left-wing Jews, a young friend of mine who is neither Jewish nor Palestinian asked me indignantly. Her work has frequently brought her to these parts, and each entry and exit has brought with it questioning, strip searches and humiliations.

I related her experiences in this column in January 2014, conscious of an inherent trap: On one hand, readers are liable to conclude that the incident deserves coverage because it is an exception, meaning that the overall situation isn’t so bad. On the other hand, what is routine is by definition not worthy of coverage. And since it goes unreported, it is not terrible and it does not exist. I explained to my friend that this is how journalism works, and that it’s a good thing that thanks to a few privileged Jews (see under Peter Beinart and Simone Zimmerman), the entire issue has been opened up.

The humiliations in the guise of security questioning and aggressive questions like the ones Nadim Sarrouh was asked (Haaretz, August 24) are the norm for many non-Jews at the border crossings: Palestinians with Israeli or Western citizenship and non-European-looking tourists, not to mention Palestinians from the West Bankand Gaza Strip. But the latter already know that the Shin Bet security service is in power.

The similarity of the questions and the degree of rudeness show that it’s not an issue of particularly backward interrogators, but rather a calculated method of humiliation. That said, the recent questioning of anti-occupation Jews may be the result of the testosterone levels of the Strategic Affairs Ministry and the desire of Gilad Erdan, the minister who heads it, to make his mark on history with the aid of the Shin Bet.

In response to my questions about Sarrouh, the spokeswoman of the Population, Immigration and Border Authority claimed that his wife, Venus Ayoub, and her family “began to behave with fury and accused the border inspector of being a ‘Nazi,’ until the manager of the crossing said he would summon police assistance.” The response was a typical expression of Israeli entitlement, which permits us to be forever judgmental toward our subjects. Our methods of oppression are the norm. Anyone who challenges the norm deserves a self-righteous reprimand.

There wasn’t enough room in the article to include Ayoub’s full response, so I present it here: ”First of all, the ‘fury’ to which the authority refers to in its response was just an outcome of accumulated frustration, while waiting for my husband,” she told me. In fact, she said, there were two incidents.

The first occurred about two hours after Sarrouh disappeared into the interview booth and Ayoub waited for him outside. Her parents, brothers and sister sat in their car, in the only shady spot outside the crossing (45 degrees Celsius, or 113 degrees Fahrenheit). They apparently were too close to the gate. An argument broke out with officials, and eventually they were permitted to go back inside to wait.

“The second encounter happened mainly between my father and one of the female officers in the passport control area, and only more than four hours after the Kafkaesque holding of my husband,” Ayoub related. “Thus any attempt to portray these two encounters as the reason and/or justification for the humiliating experience my husband has been subject to, is completely incredible and false.”

After the border inspectors repeatedly refused to answer when Ayoub’s father asked about his son-in-law, the father said, “You and the Nazis, where is the difference?” On this point, Ayoub wrote to me: This comment, “while obviously exaggerated and unnecessary, it was said in no way of disrespect or intended to invoke any kind of memories regarding the horrors of the Holocaust, rather to make a point regarding feeling oppressed and powerless while subjected to arbitrary control. As a matter of fact, my husband’s grandpa was held in a number of concentration camps, including Dachau, and we are not at all strangers to the horrors of the Holocaust. It was rather said in a moment of heat, anger that erupted after hours of rattling and frustration of a 59-year-old father that was waiting for longer than four hours in the heat with his family, and whenever he asked the officers about the time of release of his son in law, he was given no proper answer and often dismissed,” Ayoub wrote.

“My family members and I were all unfortunate to repeatedly experience discrimination and racial profiling at the Israeli airport, border and checkpoint crossings – whether with superficially polite officers or with aggressive rude ones, it always feels just as humiliating. Therefore, this incident cannot be looked at as a single occurrence taken out of its context.

“The truth is, and I say this with a heavy heart, the language and terminology of the interrogators themselves, Israeli public officials, media outlets and vast segments of the Israeli public are becoming more and more boldly racist, reminding one of darker periods of modern history. By the way, such resemblances have also been conveyed by Israeli high ranking officers and politicians. What is even more shocking and, frankly, truly sad, is that this speech, including terminology encapsulating exclusionary and violent concepts such as ‘transfer,’ ‘demographic bomb,’ ‘go to Gaza,’ etc. has become a daily, uncontested and normalized language. It no longer alarms the Israeli ear.”

After waiting some five hours, their nerves on edge, for Sarrouh to finally come out, the family headed north to their home in Jish. In Israel. They rode on Route 90, which Israel is not ashamed to call Gandhi’s Road – in honor of Rehavam Ze’evi, the general who called for transfer of Palestinians. At the Bezeq checkpoint, at the exit from the Jordan Valley border, the young security guards made them get out of their cars and remove their luggage, and then meticulously examined the cars, the suitcases, the bags and the cellphones for traces of explosives. Arabs are Arabs, whether or not they’re citizens of the state.