You Are Here: Home → With Israel’s Nation State Law, violence against Palestinians will increase

With Israel’s Nation State Law, violence against Palestinians will increase 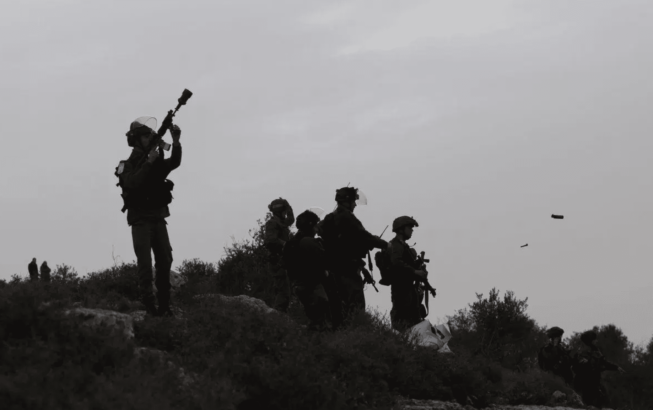 Israel’s Nation-State Law, celebrated by many Jewish Israelis, is deeply worrying to Palestinian Israelis. Already, after just one month, violence, threats of violence, and discriminatory policies are in high gear – this after decades of unrestrained injustice. And still the world remains silent.

Ever since Israel passed the Nation State Law, Palestinians and neutral observers have been wondering about its possible impact on the substantial Palestinian minority in Israel as well as those living under occupation in the rest of historic Palestine. The law says that Israel is the state for Jews all over the world and that only Jews have a right to self-determination therein. It also demoted the status of Arabic, which has up to now been recognised as an official language. The law further proclaimed illegal Jewish settlements to be a national value. The Palestinians, whether citizens of Israel or living under its occupation, did not feature.

The signal going out to Jewish Israelis is that this is their land, even though its borders remain undefined, albeit they are assumed to be from the Mediterranean Sea to the River Jordan. Non-Jewish Israelis have no rights in the land, despite the fact that the Palestinians are the indigenous people. The natural conclusion to this “logic” is that they should leave of their own accord, otherwise ways will be found to make their lives so unbearable that they leave out of fear, as happened in the 1948 Nakba when the majority of the Palestinians were expelled.

The world’s shameful silence at Israel’s open declaration that it is a de facto Apartheid state was deafening. If a state can pass such a discriminatory law and get away with it, then it can do anything.

It is worth noting that Israel passed this law shortly after a bill was disqualified in the Knesset – it called for equal rights for all Israeli citizens, something we take for granted in real democracies. Readers are reminded that Israeli Prime Minister Benjamin Netanyahu considered “Arabs” voting in the last elections as such a threat that he appealed to his supporters to go out and vote, because “Arab voters are heading to the polling stations in droves.” So much for the self-proclaimed “only democracy in the Middle East”.

The reality is that Palestinian citizens of Israel — 20 per cent of the population — have always been seen as a threat rather than an asset. Israel is very aware of the “demographic threat” that they pose, simply for having beautiful babies.

The Israeli government can now use the Nation State Law as a backdrop to expand the gap further between its Palestinian citizens and their fellow citizens who happen to be Jews, particularly in relation to creating more settlements within the 1948 borders and further restricting building in Palestinian communities.

Jew-only communities can use entirely legal “admissions committees” to ban Palestinian Israelis from moving in, fearing that they may sully their neighbourhood. The recent demonstration in the northern town of Afula against the sale of one house to a Palestinian family is testament to the increasingly racist nature of Israeli society.

Sadly, it does not stop at demonstrations or the pretence of a state that upholds international norms for a democracy or a fair legal system. Palestinians, both citizens and occupied, face increasing violence simply for who they are and that they remain in their land.

At Haifa’s Kiryat Haim beach recently, three Palestinian Israeli citizens from Shafram were approached by a group of Jewish Israelis who asked them if they were “Arabs”. Their answer in the affirmative resulted in the inquisitors leaving only for a group of eight to return with weapons, attack them violently and yell, “You are Arab dogs, do not stay here.” They explained later that they were not doing anyone any harm on the beach, but that the attackers “just decided to hit us without cause. They almost killed us. We asked them to stop but they continued. They were removed only after other people arrived at the scene. We hope the police find them.” The Palestinians acknowledge that it was other Israeli Jews who came to their rescue.

They worry about nationalist attacks. “Unfortunately, despite the various condemnations against racism, it persists,” they added. “Who will be next?” The Israeli police have arrested a 23-year-old resident of Kiryat Haim on suspicion of attacking the three men.

This incident is particularly worrying because it was an unprovoked attack on Palestinian Israelis just weeks after the passing of the Nation State Law. The only official condemnation reportedly came from President Reuven Rivlin, not Netanyahu.

This was not the first incident of such attacks by Israeli Jews on Palestinians. In May, bus driver Adham Badir, 38, was pepper sprayed and assaulted between Petah Tikva and Kafr Qasem by three young settlers simply for asking them to wait for the next bus as his was too full for them to bring their electric bikes on board.

A number of attacks have been carried out by members of far-right Jewish group Lehava, which is against romantic relationships between Palestinian men and Jewish girls. In April last year, five Israeli men and one juvenile, all of them Jews, were charged in connection with a series of brutal assaults on Palestinian men in the southern city of Be’er Sheva. The suspects confirmed that they had been involved in at least six separate incidents between December 2016 and 6 April 2017 carried out with the aim of stopping their targets from pursuing romantic relationships with Jewish women.

In the Occupied Territories, settler violence has been a feature of the daily lives of Palestinians for years. The most high profile incidents were the murders of Mohammed Abu Khdair in Jerusalem in 2014 and the burning to death of the Dawabsheh family a year later. Added to this is a long list of daily attacks on property, crops and olive trees, normally overseen by the Israel Defence Forces, the self-proclaimed “most moral army in the world”. IDF soldiers openly admit that they are there to protect the illegal settlers, not the Palestinians.

The soldiers recently faced a dilemma when 10 Jewish Israeli settlers attacked 4 Jewish Israeli peace activists from Ta’ayush who were documenting illegal construction in the unauthorised Jewish outpost of Mitzpe Yair. Just who do they protect? In the event, injuries occurred only on the peace activists’ side, leaving us to draw our own conclusion about which side the soldiers are on.

Too many guns, too little regulation

It is particularly worrying that Israel is “relaxing the rules” on gun ownership and allowing up to 500,000 more civilians to carry lethal weapons. This would allow veterans of Israel’s infantry units to obtain licenses more easily, as well as officers and commanders who have completed their reserve duty to keep their weapons. The implication is that the overwhelming majority of those who will benefit will be Jewish Israelis. This poses a real threat to Palestinians across historic Palestine — Israel and the Occupied Territories, including Jerusalem —from trigger-happy Israeli Jews.

International solidarity activists have also faced violence from settlers and the IDF. Norwegian activist Kristen Foss, 43, was shot with rubber bullets on two occasions by soldiers, in the abdomen on 18 August and in the ankle almost a week later. She was taking part in demonstrations in Kafr Qaddum to express solidarity with the residents’ demand for the reopening of the direct road to Nablus and access to their farmland.

Calls for violence against Palestinians including “death to the Arabs” are a regular feature of right-wing rallies and extremist gangs. Thousands chanted this in Rabin Square in 2016 as the crowd gathered in support of Elor Azaria, the Israeli soldier filmed executing 21 year old Abdul Fatah Al-Sharif in illegally occupied Hebron, even though the young Palestinian was already incapacitated having been shot by other soldiers following an alleged knife attack. Azaria was convicted of manslaughter, though in the event he only served only half of his 18-month sentence. Even more troubling was Israeli Prime Minister Netanyahu’s repeated calls for Azaria’s pardon.

Upon his release in May, Azaria received a hero’s welcome when he returned to the scene of the crime. Activists of the far-right Otzma Yehudit group organised his homecoming.

Far from showing any remorse for what he did, Azaria has said, “I have no remorse. I am completely at peace with myself. I acted as needed. I went with my own [inner] truth. I acted in the most proper way possible and what happened afterwards [his trial and conviction] should not have happened.” What message does that send to other young Israelis?

The lack of condemnation or even concern by Israeli leaders about rising Jewish Israeli violence against Palestinians serves to embolden the extremists. Israel’s leadership feels emboldened and protected by US President Trump and his administration, as well as the silence of the Arab and Muslim world; Netanyahu now feels that he can do whatever he wants with complete impunity.

The future, post the passing of the Nation State Law, is worrying for Palestinians across historic Palestine. They need protection from Israeli violence, which is currently going unchallenged. Is the so called “international community” willing to help, or even capable of doing so?