You Are Here: Home → Israeli project brings young scientists on free trip to “learn about Israel” 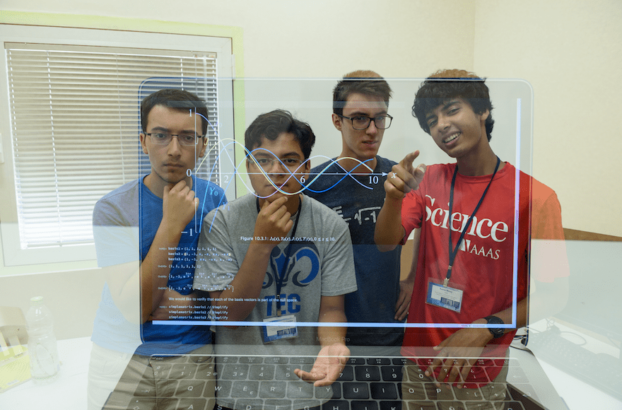 A tax-deductible organization in the U.S. helps fund a program to bring recent high school graduates to Israel for a free, month-long program where they will engage in science while “learning about Israel.” Weizmann USA, with assets of two-thirds of a billion dollars, takes money away from the U.S. economy and sends it to Israel…

An Israeli institute recently brought 73 high school graduates from around the world on a month-long, all-expenses-paid trip to Israel. Much of this is funded by tax-deductible donations from the U.S.

For almost half a century, the program, which is run by a project of Israel’s Weizmann Institute, has been bringing students to Israel with two purposes: to learn about science and to “learn about life in Israel.”

It appears that what they learn about Israel is substantially filtered.

There is no indication that the students hear from Israeli groups such as B’Tselem or the Israeli Committee Against Home Demolitions that expose Israel’s long record of human rights violations, from Israeli soldiers who are breaking the silence on Israeli military violence, or from groups like Addameer that could tell them about the thousands of Palestinians imprisoned by Israel who were never given a trial or charged with a crime.

An article about the program in JTA reports: “Each year about 70-80 students from around the world, both Jews and non-Jews, are accepted. The largest delegation – about 20 students – comes from the United States, but participants also have come from South Korea, Japan, Turkey, Brazil, Mexico, Argentina, New Zealand, Australia, Canada, European countries — and Israel. The program has more than 3,000 alumni.”

In addition to spending time in labs, JTA reports that the students “participate in cultural and social events, and go on field trips to different parts of Israel.”

While one young participant is quoted as saying: “You need to be here to know the real situation,” it’s doubtful that they actually learn that. There do not appear to be any trips to the Occupied Territories or meetings with Israeli journalists like Gideon Levy  or Amira Hass, who might fill them in on some of the less glowing aspects of Israeli policies, or of the systemic discrimination against non-Jews in Israel.

JTA reports that the program is conducted in English and is free for the students; all costs are covered by scholarships from Weizmann donors – in the U.S. via the American Committee for the Weizmann Institute of Science.

While there are numerous American scientific institutes that conduct life-saving scientific and medical research, Weizmann USA – which is based in the U.S with offices throughout the country – funnels money to an institute in Israel. Even though every dollar for the young scientists program goes to Israel, this money is tax-deductible in the US, removing money from the U.S. economy.

The Institute proudly announces that “the Weizmann Institute’s graduate school is unique in that every student receives financial support.” A slick advertising promo to raise money for the Institute’s scientific research nowhere mentions that the donations go to Israel, not to U.S. research.

According to its website, discoveries at the Institute are “moved from the lab to the marketplace via the Yeda Research and Development Company, Inc., the Institute’s technology transfer arm.”

Among Yeda’s Board Members is Martin Gerstel, who was born in Norwalk, Connecticut, received a BS degree from Yale, and an MBA from Stanford. Gerstel is a director of Israel’s Teva Pharmaceuticals, which has captured the world market in generic drugs.

Weizmann USA, with assets of close to $700 million, is just one of many such schemes that divert U.S. money to Israel via tax-deductible donations. Another raises millions of tax-deductible dollars for Israeli soldiers while many American military veterans are having trouble scraping by.

These programs are on top of massive U.S. governmental aid to Israel. The latest aid package, which is being pushed through Congress right now without public awareness or debate, is slated to give Israel $38 billion over the next 10 years. This works out to approximately $23,000 per Israeli family of four.

On average, Israelis have received 7,000 times more U.S. aid than other people around the world.