You Are Here: Home → Congressional Research Service: No Cong. investigation of USS Liberty 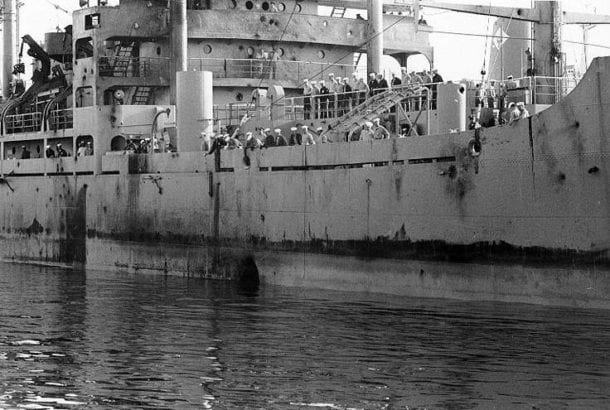 USS Liberty after the Israeli attack. Crew members managed to patch a 40-foot hole in the hull so that the ship could make its way to Malta for further repairs. The electronics ship, worth $40 million, had to be scrapped. Israel paid “compensation” of $6 million.

Over 20 years ago the research librarian at the Congressional Research Service said that the US government had not conducted an investigation of the Israeli attack on the USS Liberty. Now it’s finally official…

According to its website the purpose of the Congressional Research Service is “to ensure that Members of the House and Senate have available the best possible information and analysis on which to base the policy decisions the American people have elected them to make.  In all its work, CRS analysts are governed by requirements for confidentiality, timeliness, accuracy, objectivity, balance, and nonpartisanship.” 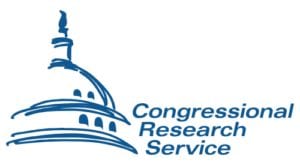 The CRS prides itself as being “Confidential, Authoritative, Objective and Nonpartisan.”

This is in stark contrast to Wikipedia where anyone can create and edit an article while at the same time their guidelines claim their articles present a Neutral Point of View, contain information from Reliable Sources, and do not contain Original Research.

Over 20 years ago a mutual friend introduced me to Clyde Mark.  Clyde was a Research Librarian at the Congressional Research Service.

He is the CRS expert on the USS Liberty having been in the CRS since before the attack.

He was in the CRS on June 8, 1967, when the USS Liberty was attacked and was the person to whom questions from Members of Congress concerning the attack would be submitted for his authoritative, objective and nonpartisan response.

We entered the offices of the CRS through a nondescript door in the Library of Congress and were directed into one of their conference rooms.

Our meeting with Mark was short.  He was as familiar with the attack and continuing coverup of the attack as we were.

My final question to Mark:  “Has the US government conducted an investigation of the attack on the USS Liberty?”

His response was immediate and emphatic:  “No!”

Unfortunately, he couldn’t make that statement officially.  The Congressional Research Service can only respond officially to questions that come from a Member of Congress.

The task in front us was clear cut.  Find a Member of Congress to ask the CRS the question.

Easier said than done.  It’s taken over 20 years and countless requests to many Members of Congress.  For some reason they are afraid of even asking the question.  Perhaps due to the fact that much of their boilerplate responses to their constituents who ask concerning the USS Liberty is sourced from the Israeli government and her supporters instead of people who were there and who were American victims of the attack.

After 20 years we have a partial answer from the CRS:

This email is in response to your request for information about a copy of the Congressional investigation on the USS Liberty attack that occurred on June 8, 1967.

I was unable to locate a copy of a Congressional investigation into the USS Liberty incident.

I hope that you find this information helpful.

Joe Meadors was a signalman on the bridge of the USS Liberty during the Israeli attack. He has been associated with the USS Liberty Veterans Association since it was first founded in 1982 and has served as its president and chairman.

Information on the USS Liberty

For USA Today, Freedom of the Press Means the Right to Report It Wrong

USS Liberty: Why Investigate the Attack on a US Navy Ship?