You Are Here: Home → Betrayal of a Great Man by the Congressional Medal of Honor Society 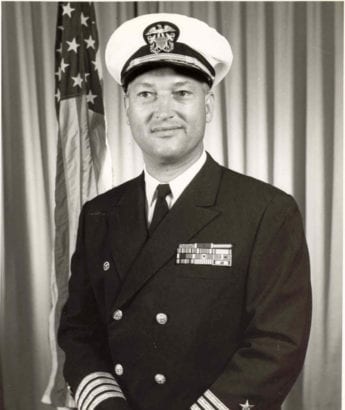 Someone at the Congressional Medal of Honor Society has chosen to perpetrate a cover-up about Israel’s attack on a U.S. Navy ship, thereby dishonoring a heroic recipient of the Medal of Honor and causing a stain on the Society

A Tribute for Memorial Day

I don’t use the word hero lightly. If you don’t either, you might ask how a rank and file sinner like me presumes to call out a Society that, however you feel about war, is made up of heroes: a small, astonishing Society where each and every member embodies character, selflessness, initiative, endurance, tenacity, and courage in the face of death. This Society, proven by feats of arms at the limits of what’s humanly possible, wears our country’s coveted Congressional Medal of Honor. Yes, heroes. But there’s a stain on the Society. Nobody else is calling them out. They’ve got it coming. So I’ll do it. So there.

In betraying one of its own, the Congressional Medal of Honor Society, which was chartered by Congress in 1958, aids and abets the most disgraceful cover-up in American military history. For those unfamiliar with the list of Medal of Honor Society recipients, let me say I could stop right here and those people who are familiar with that list know exactly which recipient I’m talking about. No further clues needed.

As of May 2021, there are a total 3,508 recipients of this medal. Their stories on the Society’s website, especially the ones dating from today back to the mid-1900’s, follow a particular format including: the recipient’s name, birth date, home state, where the award was presented, who presented it, and a copy of the official award citation. Those citations also follow a format.

That one, Captain William L. McGonagle, along with his crew, was threatened with “…court martial, imprisonment, or worse.” if they exposed what happened on June 8-9, 1967 when Israel attacked McGonagle’s ship, the USS Liberty.

Yes, you read that right, Israel. Now observe the picture of Captain McGonagle from the Congressional Medal of Honor Society website. What does it say? ‘Vietnam’ In fact, Vietnam appears with bold letters in three different places on Captain McGonagle’s memorial page. International waters also appears three times. Geographically, this is like awarding a medal for heroism at Gettysburg and claiming it was for a different war, with unnamed opponents, in a battle that was fought in international waters off Spain. At the very end of the page, where no one looks, there’s a little colored box with an image of the medal and in little yellow letters, ‘Eastern Mediterranean.’

Next observe part of Captain McGonagle’s Medal of Honor citation (which I’ll cite in full below):

‘Attacked without warning by a jet fighter aircraft and motor torpedo boats which inflicted many casualties among the crew and caused extreme damage to the ship.’ There you have it. Unique among recipients, they don’t say who the attacker was. At all. Nowhere.

Attacked by a jet? Singular? The USS Liberty, an unarmed intelligence gathering ship, was attacked by multiple Israeli jet fighters and three Israeli torpedo boats on a clear, calm day with unlimited visibility. The jets napalmed our servicemen who’d been sunbathing on deck. Strafed the decks. Jammed the emergency distress channels. Blasted hundreds of holes in her, killed 34 sailors and marines, wounded over 170. Through superb seamanship, Captain McGonagle dodged four torpedoes with his burning ship before a fifth blew a hole in her at the water line that was bigger than a school bus. Even then, under McGonagle, the officers and crew fought to save the vessel while Israeli gunners shot at our sailors lowering life rafts in case the ship rolled. [More info & citations here]

The Liberty had been ordered, without an armed escort, to monitor the war Israel started with air attacks against Egypt on June 5. She was the most sophisticated, easily identifiable spy ship in the Mediterranean, carrying a massive antenna array, further identified by her lines, paint job, five foot tall letters on the bow and stern, and flying an American flag. To this day, Israelis claim they mistook the Liberty for a 1920’s era Egyptian horse carrier a quarter of its tonnage, the El Quiser.

To it’s shame, the same Congress that’s the namesake of the Medal of Honor, has never held a real investigation of the Liberty attack. To his credit, Admiral Thomas Moorer, the Chief of Naval Operations in 1967 and later Chairman of the Joint Chiefs of Staff, never forgot the USS Liberty. He formed a private commission of investigation. Their report is in the Congressional Record and it’s a damning one.  [Also available here] Their conclusion was that the attack was deliberate. Among a mountain of evidence is an American spy plane recording of an Israeli military pilot identifying the Liberty as an American naval ship multiple times and being ordered the hit it anyway. There are other recordings but they remain classified Top Secret fifty-four years later.

While under attack, which lasted hours, the Liberty got a distress call out to the Sixth Fleet because the Israelis had to stop jamming during strafing runs. Immediately the Sixth Fleet launched jets to assist our people. President Lyndon Baines Johnson ordered those jets to return to their carriers without helping the Liberty. The fleet Admirals, not believing they were to abandon their shipmates, launched a second wave. Johnson ordered them back a second time. Not only that, Johnson—in Washington, DC,—apparently knew the attackers bombing the Liberty were Israelis before Captain McGonagle did.

After Israel failed to sink the ship, it was towed to Malta. As part of the cover-up, traumatized sailors were put to work removing corpses and body parts that had been fermenting in the Mediterranean sun behind water tight doors. Local repair crews worked around the clock patching all the holes. They repainted the whole ship in a few days. Then it was brought to the US where the press could take pictures of a ship that looked pretty good, though inside it was an empty tomb. She was sidelined, decommissioned the following year, and eventually sold for scrap.

What our sailors and marines did in June, 1967 is as epic as anything  in the archives of the Congressional Medal of Honor Society. Moreover, Captain McGonagle’s actions had farther reaching consequences for our country than any other Medal of Honor recipient. Except for him—this could be a very different world, today. If the Liberty had gone to the bottom with no survivors, the blame would have been fixed on Egypt and its Russian backers. America would have been in a disastrous war, probably involving Russia (which also had naval presence nearby), at the same time hundreds of thousands of our troops were mired in Vietnam.

In 1968, Captain William Loren McGonagle was presented with the nation’s highest military award by the Secretary of the Navy in a secret ceremony at the Washington Navy Yard. Small wonder he wasn’t invited to the White House. I believe Johnson wasn’t man enough to face him.

The Congressional Medal of Honor Society page for Captain McGonagle is not in keeping with the dignity or mission of the Society. Instead, it reads like it was crafted by Israeli propagandists; infamous not for what it contains but for what it leaves out. The only thing worse could be if it were changed to the, ‘This was a tragic accident.’ narrative. No one ever won the Congressional Medal of Honor by that sort of half-stepping equivocation. First among those who say the attack on the USS Liberty was deliberate is the Captain of the ship who broke his silence in a ceremony at Arlington National Cemetery thirty years to the day after the attack. Believe him, or believe the Israeli attackers. For myself, it’s no contest. I’m with the Congressional Medal of Honor recipient. With respect I request the Society erase this one stain by setting this man’s page right with the same direct determination they showed in winning their own medals.

Meanwhile, here’s to Captain McGonagle. Fair winds and following seas. We remember you with gratitude.

Clicking on his photo from the Vietnam Era Navy recipients page, which is labeled, ‘Vietnam War International Waters’ we get to the main article that reads like it was written by the Israeli embassy, it says:

For conspicuous gallantry and intrepidity at the risk of his life above and beyond the call of duty. Sailing in international waters, the Liberty was attacked without warning by a jet fighter aircraft and motor torpedo boats which inflicted many casualties among the crew and caused extreme damage to the ship. Although severely wounded during the first air attack, Capt. McGonagle remained at his battle station on the badly damaged bridge and, with full knowledge of the seriousness of his wounds, subordinated his own welfare to the safety and survival of his command. Steadfastly refusing any treatment which would take him away from his post, he calmly continued to exercise firm command of his ship. Despite continuous exposure to fire, he maneuvered his ship, directed its defense, supervised the control of flooding and fire, and saw to the care of the casualties. Capt. McGonagle’s extraordinary valor under these conditions inspired the surviving members of the Liberty’s crew, many of the seriously wounded, to heroic efforts to over come the battle damages and keep the ship afloat. Subsequent to the attack, although in great pain and weak from loss of blood, Capt. McGonagle remained at his battle station and continued to command his ship for more than 17 hours. It was only after rendezvous with a U.S. destroyer that he relinquished personal control of the Liberty and permitted himself to be removed from the bridge. Even then, he refused much needed medical attention until convinced that the seriously wounded among his crew had been treated. Capt. McGonagle’s superb professionalism, courageous fighting spirit, and valiant leadership saved his ship and many lives. His actions sustain and enhance the finest tradition of the U.S. Naval Service.

Then there’s that colored little box with an image

of the Medal and

Dick Callahan writes from Juneau, Alaska. He spent four years as a Navy Hospital Corpsman, leaving as an HM2 (E-5) with 2nd Recon Bn. USMC, in 1979. He never went anywhere near Vietnam.