You Are Here: Home → ADL’s letter to Airbnb fails to make a compelling argument

ADL’s letter to Airbnb fails to make a compelling argument 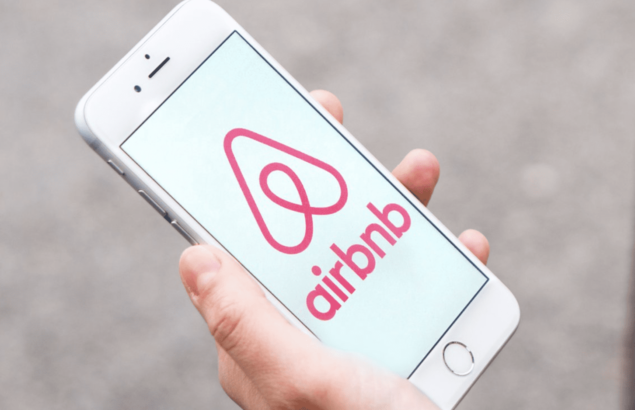 In a letter to Airbnb, ADL raises questions about the company’s recent decision to not list rentals in Israeli settlements in the West Bank.

Airbnb is doing the right thing by de-listing properties in illegal Israeli settlements in the West Bank. The Anti-Defamation League is pushing back – but its arguments fail to hold up to even the mildest scrutiny.

For the past several years, the Boycott, Divest, and Sanction (BDS) movement has worked around the world to isolate and delegitimize the state of Israel. The predominant drive of the BDS campaign and its leadership is not criticism of policies, but the demonization and delegitimization of Israel.

FALSE. The Boycott, Divestment, Sanctions (BDS) movement, in its own words, “works to end international support for Israel’s oppression of Palestinians and pressure Israel to comply with international law.” BDS criticizes those Israeli policies that contravene international law.

ADL says: BDS campaigns promote a biased and simplistic approach to the complex Israeli-Palestinian conflict, and present this dispute over territorial and nationalist claims as the fault of only one party: Israel.

The BDS campaign addresses fundamental human rights abuses by Israel that began with the appropriation of land, and continue today with occupation, blockade, home demolitions, and more. Palestinian actions against Israel are resistance against these abuses.

The BDS movement rejects “the false impression of symmetry between the colonizer and the colonized…or that holds Palestinians, the oppressed, and Israel, the oppressor, as both equally responsible for ‘the conflict.'”

ADL says: The BDS campaign does not support Israeli-Palestinian peace efforts, and rejects a two-state solution to the conflict.

INTENTIONALLY MISLEADING. The BDS movement “does not advocate for a particular solution to the conflict and does not call for either a ‘one state solution’ or a ‘two state solution.’ Instead, BDS focuses on the realization of basic rights and the implementation of international law.”

BDS supports efforts toward a just peace, which by definition requires an end to Israeli injustice. ​ 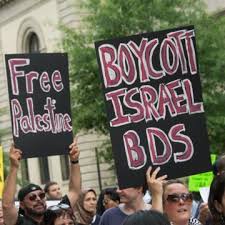 ADL says: Many of the founding goals of the BDS movement, including denying the Jewish people the universal right of self-determination – along with many of the strategies employed in BDS campaigns – are anti-Semitic.

FALSE. The BDS movement “stands for freedom, justice and equality. Anchored in the Universal Declaration of Human Rights, the BDS movement, led by the Palestinian BDS National Committee, is inclusive and categorically opposes as a matter of principle all forms of racism, including Islamophobia and anti-semitism.

Also keep in mind, Airbnb still welcomes Jewish hosts in Israel, and Jewish customers from anywhere in the world.

ADL says: Many individuals involved in the starting and running of BDS campaigns are driven by opposition to Israel’s very existence as a Jewish state. And, all too often, BDS advocates employ anti-Semitic rhetoric and narratives to isolate and demonize Israel.

FALSE. The allegation of “anti-Semitic rhetoric and narratives” is unsupportable, except when “anti-Semitism” is defined as “criticism of Israel,” which is an unjust and dangerous constraint.

Supporters of BDS seek an end to the apartheid, oppressive policies that currently define Israel and the creation of a system with self-determination and justice for all.

The BDS movement does not boycott or campaign against any individual or group simply because they are Israeli.

ADL says: That is why we were dismayed to read about Airbnb’s recent announcement to not list rentals in Israeli settlements in the West Bank. With this decision, the boycott, divestment and sanctions movement and its supporters will be further emboldened and view it as a victory for their hateful campaign against Israel.

HALF RIGHT. BDS supporters are indeed invigorated by Airbnb’s decision; however the BDS campaign is not “hateful,” only justice-minded.

ADL says: Also, as best as we can tell, Airbnb has not de-listed rentals in any other disputed areas. Your website currently lists properties in Northern Cyprus, Tibet, the Western Saharan region, and other territories where people have been displaced. Yet only Israeli settlements are being singled out for de-listing by Airbnb, a decision which many see as a double standard set by your company. Make no mistake: double standards when it comes to Israel cause us great concern.

“Disputed areas” accusation: FALSE. According to their website, “Airbnb has previously removed listings in Crimea as a result of international sanctions and they are currently not available on the Airbnb platform.” The company is also studying other regions.

“Double standard” accusation: In fact, Israel is guilty of operating according to double standards through its system of discriminatory laws, its Nation-State Law, its policy of killing Gazans who approach the border, while itself regularly crossing the border into Gaza, just to name a few.

Instead of centuring Airbnb, Israel might consider emulating one of its policies: “The Airbnb community is committed to building a world where people from every background feel welcome and respected, no matter how far they have traveled from home. This commitment rests on two foundational principles that apply both to Airbnb’s hosts and guests: inclusion and respect.”

Additionally, it’s important to note that settlements are not “disputed areas.” They are illegal colonies on confiscated land.

The BDS movement does not single Israel out for blame – rather Israel has been singlularly safeguarded from accountability for its crimes. The BDS movement “working to end this exceptionalism and calls for Israel to be held to account according to the standards of international law. 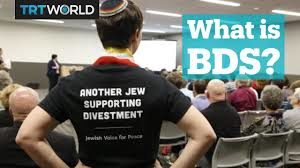 “BDS campaigns target the Israeli state because of its responsibility for serious violations of international law and the companies and institutions that participate in and are complicit in these Israeli violations. he BDS movement does not boycott or campaign against any individual or group simply because they are Israeli.

“As the US organization Jewish Voice for Peace has explained, Israel claims to be acting in the name of all Jewish people, but a rapidly increasing number of Jewish people of conscience feel compelled to make sure the world knows that many Jews are opposed to Israel’s actions.”

ADL says: Moreover, it is far from clear how and why Airbnb came to this decision. We have several questions for you that demand an answer:

Your statement explaining the decision suggests that this new policy was taken in response to sentiment within the global community that believes “companies should not do business here because they believe companies should not profit on lands where people have been displaced.” Is Airbnb planning on taking this approach with any other disputed areas, including those listed above?

QUESTION: If Airbnb had targeted Tibet for de-listing first, would ADL be demanding that Israel be de-listed too? Does ADL actually care about the displaced people of Tibet? If not, why not? If so, they should also care about displaced Palestinians.

ADL’s position that companies should profit on lands where people have been displaced is hard to reconcile with ADL’s mission to “secure justice and fair treatment to all.”

ADL says: You wrote that you will “consult with a range of experts and our community of stakeholders” when evaluating “listings in occupied territories,” and you spent “considerable time” doing so in this case. With whom did you consult?

Fair question. Clearly Airbnb consulted with experts who recognize that the displacement of Palestinians is contributing to existing human suffering.

ADL says: You wrote that Airbnb will “remove listings in Israeli settlements in the occupied West Bank that are at the core of the dispute between Israelis and Palestinians.” How does a rental in the West Bank meet this criterion?

Does ADL really not know the answer to this question? Just in case: Settlements in the West Bank are built on land that most of the world considers occupied, and exist in contravention of the Fourth Geneva Convention. The land is part of the Palestinian territories. That’s what the dispute has been about for 70 years.

a. Which listings does this cover?

200 Airbnb listings in Israeli settlements in the West Bank will be de-listed; 20,000 properties in Israel remain.

b. Does it include listings in the Golan Heights?

Yes, although the Golan Heights is disputed.

c. Does it include listings in Israel’s capital, Jerusalem, that are in its Old City or over the Green Line?

Yes, although the settlements in East Jerusalem are just as illegal as the ones in the West Bank.

ADL says: Finally, in your statement, you write that the “core of the dispute between Israelis and Palestinians” are the West Bank settlements. While we do not deny that determining the status of Israeli settlements is an important part of any two-state solution to the conflict, this is a myopic view that places all the blame at Israel’s door. It ignores the fact that upon the founding of Israel in 1948 – with borders that did not include the West Bank – five Arab countries invaded the fledgling nation in order to wipe it off the face of the Earth. Seventy years later, Egypt and Jordan are the only two Arab nations that recognize the right of the state of Israel to exist.

“Myopic view” accusation: Perhaps the myopic view is the one that refuses to get Palestinian permission before building for 600,000 settlers on Palestinian land. Is it not short-sighted to take such an action with no thought of a future agreement in which Palestinians may not want to give up that property?

“Ignoring Israel’s founding” accusation: What connection does this have to Airbnb? Also, the statement “five Arab countries invaded the fledgling nation in order to wipe it off the face of the Earth” is disputable and likewise irrelevant.

ADL says: During the Oslo Peace Process, Israel offered the Palestinians significant land concessions in the West Bank, but the Palestinian team walked away from the deal. Instead of working to promote peace, there are voices in Palestinian society as well as others in the Arab world, who reject Israel’s legitimacy and call for a violent end to Israel itself. Unfortunately, the “core of the dispute” is that too many do not want a Jewish state to exist.

The Palestinians’ unwillingness to make an unsatisfactory deal with Israel was their own prerogative, and does not decriminalize the presence of Israeli settlements on Palestinian land.

Criticism of Israel by Palestinians, BDS supporters, and indeed the whole world, should be taken seriously. Instead of returning to the mantra of “delegitimizing Israel” and “wiping Israel off the map,” Israel’s advocates should address the issues. Case in point: settlements are built on occupied, Palestinian land, and neither Airbnb nor Israel should profit from this injustice.

ADL says: As an organization committed to a two-state solution and to an equitable and just resolution of the conflict, we share your company’s “hope for a durable, lasting peace” in the region. However, achieving that goal demands a clear-eyed view about the conflict.

Yes, a clear-eyed view about the conflict is critical. ADL lacks such a view.

ADL closes: We look forward to your responses to these questions.

Supporters of a just peace for Palestinians have a few questions for ADL, and look forward to answers:

People around the world who await a just peace for Palestinians