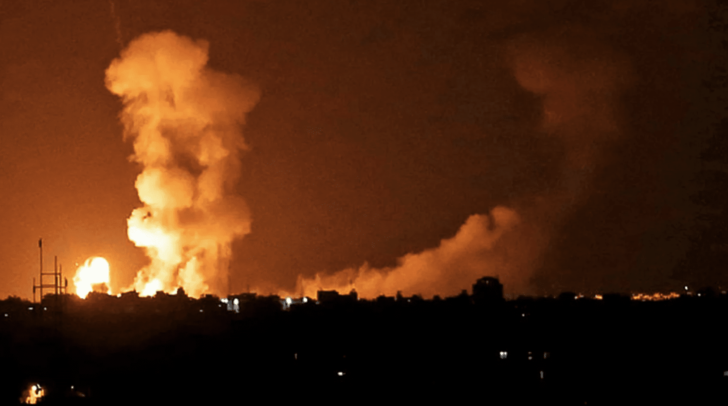 According to a spokesperson for the Ministry of Health in Gaza, three Palestinians were killed and another Palestinian critically injured, due to Israeli airstrikes targeting a group of residents in eastern Gaza.

The Izz al-Din al-Qassam Brigades, the military wing of the Hamas movement, said in a statement that the three killed Palestinians are members of the brigades.

Meanwhile, another moderately injured Palestinian was immediately transferred to a hospital after being targeted by Israeli warplanes.

Security sources said that the Israeli artillery fired two shells near the al-Breij refugee camp in central Gaza and another two shells at a Hamas monitoring site east of the refugee camp.

The spokesperson also said its forces came under fire from a Palestinian group in the central Gaza Strip, injuring one Israeli soldier. He is in serious-to-moderate condition.

A group of Israeli soldiers “came under fire” at the border, sustaining 1 moderate injury; in response, 7 Hamas military posts were targeted with tank fire, killing 3 Palestinians and gravely injuring a 4th.

By Andrew Carey, and Ameera Harouda and Ibrahim Dahman in Gaza.

Israeli soldiers along the Gaza fence came under fire Wednesday evening, the Israeli army said in a statement. One soldier was moderately wounded in the incident, which happened along the southern part of the fence, the army said.

In response, the army says it targeted seven Hamas military posts with tank fire. Palestinian health officials say three Palestinians were killed and one other was critically wounded. The identity of the injured person was not immediately clear.

In a Whatsapp statement sent to journalists, Hamas said the three were members of its armed Qassam Brigades wing.

Health officials named the men as Ahmed Munir Suleiman Al-Bassous, 28, Obaida Asad Khader Farwana, 29, and Mohammed Tawfiq Mohammed Al-Ara’ir, 27. All three died at Malaka, to the east of Gaza City in the north of the Strip.

Hamas spokesman Fawzi Barhoum in a statement said Hamas “cannot remain silent” in the face of the fatal attack.

The clash comes five days after the last serious exchange along the fence that separates Israel and Gaza.

One Israeli soldier was killed by gunfire from militants inside the coastal enclave. Three Hamas militants, and a fourth man, were killed by Israeli tank fire. Mediation efforts by Egypt and the United Nations succeeded in bringing a halt to the exchanges after about six hours.