You Are Here: Home → WITNESS: Israel is provoking Hamas, putting ceasefire at risk 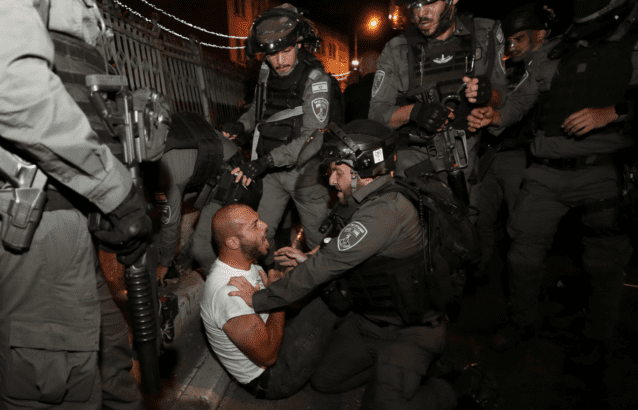 A ceasefire between Israel and Hamas is in its sixth day. Will it hold? That may depend on Israel (and it doesn’t look promising).

The ceasefire between Hamas and Israel took effect at 2:00 am May 21. Israel claims that no demands were attached to the mutual agreement to the cessation of hostilities; Hamas asserts that the ceasefire included terms: that Israel would “lift their hands off” the Al Aqsa Mosque and the Sheikh Jarrah neighborhood of Jerusalem.

Whether or not the demands are real, Israel’s actions in Al Aqsa and Sheikh Jarrah were the spark that ignited the recent hostilities. Hamas issued an ultimatum, demanding that Israel withdraw its forces from both locations, and began firing on Tel Aviv when Israel did not comply.

The durability of the ceasefire may well depend on Israel’s behavior at these two flashpoints – as Israel well knows (in fact, Hamas leader Yahya Sinwar said as much today).

As usual, Israel has been testing the limits  – some would say provoking – Palestinians’ patience all over the region.

If this continues, one incident or another will be the final straw, and Hamas rockets will fly again. If and when that happens, many Americans will believe the usual spin, that “Hamas just started attacking Israel because it is a terrorist group.”

But know that this is a lie.

WITNESS: Israel has been inciting Palestinians every day since the ceasefire began. Below are just a few headlines attesting to that fact. 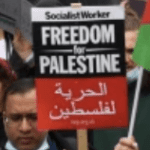 On Friday, just hours after the ceasefire took effect, this occurred:

Tens of thousands of Palestinians gathered to worship at Al Aqsa Mosque on Friday. CNN and Ha’aretz reported on Israeli soldiers assaulting journalists and storming the mosque grounds, though nothing illegal was happening.

Another headline the same day read:

Here are just a few other incidents that happened Friday across the West Bank:

(Palestinians often use the word “colonists” instead of “settlers”; to them, this word speaks more directly to the central issue in the Israel/Palestine conflict: Israelis are, almost exclusively, immigrants or families of immigrants who recently arrived to colonize the land; Palestinians are indigenous people of the land. It is well-documented that in many areas, colonists – already illegally living on Palestinian land – are enabled, and often even assisted in their harassment and often violence against Palestinians by the Israeli military.) 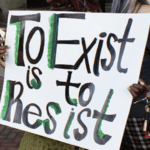 One full day into the ceasefire, even as Palestinian news sites were Tallying the Casualties from 10 Days of Bombardment, Israel was perpetrating further violence.

Ha’aretz reported that Israeli soldiers used “skunk water” to disperse the Sheikh Jarrah protesters. “Like most of the recent cases in Jerusalem over the past months,” writes the Israeli reporter, “the dispersal was not preceded by stone throwing or violent provocations by the protesters, but only by calls of protest.”

A few other incidents on Saturday: 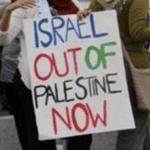 The Washington Post described, on the second day of the ceasefire, a provocative visit to the Al Aqsa Mosque compound by a group of right-wing Jews, accompanied by Israeli security.

(The abduction of Palestinians – often by the dozens – is a nearly everyday experience in the West Bank. It often happens under cover of darkness, and often involves children, both of which are illegal practices under international law.) 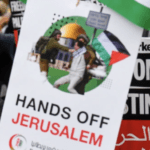 Some headlines from the third day of the ceasefire:

(Administrative detention (AD) is a practice that Israeli occupation forces apply in order to hold prisoners indefinitely on “secret information” that neither the detainee nor his lawyer may see. AD allows prisoners to be held without charging them or allowing them to stand trial, and can last indefinitely. Its wide use in Israel is a violation of international law.) 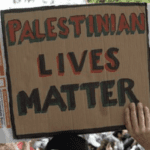 A few headlines from the fourth day of the ceasefire: 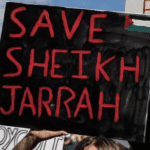 One headline today, the fifth day of the ceasefire, reads,

Another headline, Israeli court postpones decision on Silwan evictions amid crackdown on protest, refers to Silwan, another neighborhood in East Jerusalem that, like Sheikh Jarrah, is facing the possible forced eviction of Palestinians to make room for Jews.

In addition, today Israeli settlers attacked Palestinians; Israeli soldiers abducted Palestinians, forced Palestinians to demolish their own homes, and invaded the headquarters of the Palestinian Red Crescent Society (PCRS – like the Red Cross), fired gas bombs at medics, and causing a fire.

According to the report,

the PRCS slammed Israel’s ongoing and escalating Israeli violations against the Palestinian people, including paramedics, and added that Israeli frequently targets medics to prevent them from performing their humanitarian duties in occupied Palestine.

Remember these headlines if the rockets start again, and know that Israel has not been innocent.

Kathryn Shihadah is an editor and staff writer for If Americans Knew.

She also blogs at Palestine Home.

Ha’aretz | How Israel Invented Its Exclusive Claim Over Jerusalem