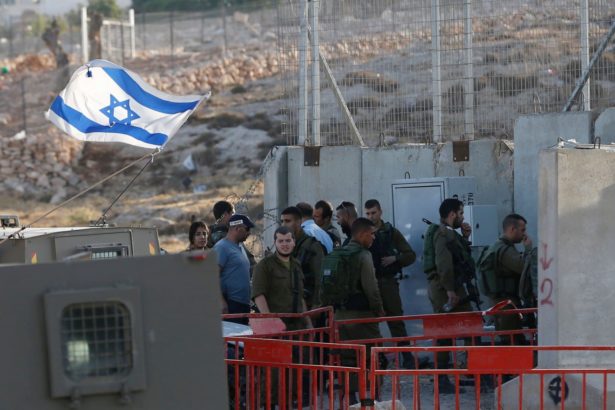 Over the past two years, a spate of stabbing, shooting and vehicular assaults carried out by individuals in “lone wolf” attacks against Israelis have left nearly 50 Israelis and more than 200 Palestinians dead

JERUSALEM — Israel’s state prosecutor’s office in Jerusalem has filed a precedent-setting lawsuit against the estate of a Palestinian resident of East Jerusalem seven months after the man carried out a car-ramming attack that left four Israelis dead. Fadi al-Qanbar, 28, drove his truck into a group of Israeli army cadets participating in an educational tour of Jerusalem last January. Four soldiers, three women and one man, were killed in the attack, and he was shot to death by a vigilant civilian.

Now, the Jerusalem District Prosecutor’s Office is seeking compensation from Qanbar’s wife and his four young children, heirs to his estate, for burial costs, such as headstones, loss of earnings and pension benefits it laid out for the victims. The total could be as high as $2.3 million.The lawsuit is likely to be the first in several cases brought by the state against the families of Palestinian attackers.

But critics say the process could backfire, triggering a legal time bomb, whereby Palestinians, especially those with dual citizenship opt to file similar lawsuits against Israel or individual Israelis in foreign courts.It could also spark further anger among Palestinians, who see this and other measures taken by Israel against the families of Palestinian attackers, as collective punishment. “This lawsuit is forcing hungry children to pay compensation for an act that was carried out by their father,” said Mohammad al-Ayan, the lawyer who is representing the family in this particular case.

“The person who carried out this act no longer exists, and the state has already punished the family by sealing up their house and confiscating their car, there is really nothing left for them to take,” said al-Ayan, referring to the Israeli practice of demolishing the homes of Palestinians who carry out attacks against Israelis or sealing their former residences by pouring concrete into the structure.

“Most of the attackers are young, they don’t have any assets. At the most, the state will be able to collect a few thousand shekels,” said Anat Gonen, head of the legal department for Hamoked, center for the defense of the individual, an Israeli nonprofit group that is also supporting the family. It’s just another way for Israel “to harass” Palestinians and has nothing to do with financial compensation, said Gonen. “If they are really looking for money, then why does the state demolish their houses? In most cases their home is the only thing that has financial value.”

But the prosecutors office, which filed the lawsuit together with the Defense Ministry two weeks ago, said that it was up to the court to decide how much would be paid in compensation and reimburse the country for the costs it has incurred in supporting victims of terror and their families.

A statement from the Jerusalem prosecutor said: “This lawsuit, which stems from a terrorist incident in which soldiers were murdered, is designed to recover the expenses incurred in events of this kind to the state’s coffers, as well as sending a clear message that the state will also settle accounts on a civil level with the perpetrators of hostile acts.”

“In light of the fact that the [terrorist] caused the damage, his legal heirs are the ones who need to bear it and indemnify the state for it,” according to the statement.

This lawsuit was filed two weeks ago and another is set to be filed in the near future suing a different family whose relative perpetrated an attack, the office said. It would not go into further details.

“It is important not to look at this through a legal lens but through a human one, the question is when a person does such a thing, should his family pay for his actions?” said Yair Nehorai, legal director of Rabbis for Human Rights, an Israeli human rights organization. “There is no question that the state does not need the money but they believe it will prevent other people from doing the same thing. It comes from the same root as demolishing people’s homes.”

Nehorai said the case is symptomatic of hopelessness within the intractable Israeli-Palestinian conflict, which has led both sides to take such steps to get a sense of justice.

“They are using the legal system to find a solution or resolution to the conflict,” he said.

“I think the situation could get out of control, creating a circle of litigation on each side,” said Israeli human rights lawyer Eitay Mack.

“State prosecutors see it only one step, they don’t look to the future,” he said. “In Israel, they can be a bully, they can control the courts and the law and limit the possibility of Palestinians being able to sue the state, but it will open a new front depending on political will in the U.S. and Europe and how much they want to open their jurisdiction.

“Israel should be aware that a lot of Palestinians have dual citizenship,” he said. “This is a legal time bomb for Israel, and they triggered it with this lawsuit.”

Ruth Eglash is a reporter for The Washington Post based in Jerusalem. She was formerly a reporter and senior editor at the Jerusalem Post and freelanced for international media.

Sufian Taha contributed to this report.