You Are Here: Home → Only the News That Fits: How American Media Erase Palestine – Even Alternative Media

Only the News That Fits: How American Media Erase Palestine – Even Alternative Media 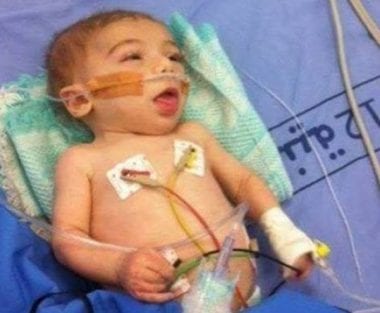 Alison Weir describes her efforts over many years to inform Americans about Palestine, and about media censorship on the issue – including, recently, by Truthout management.

An 18-month-old died in Palestine Friday. The cause of death was teargas inhalation from an Israeli invasion of his village two months ago.

It wasn’t a major invasion; just another of the routine ones that happen almost every day in the West Bank. U.S. media call these “incursions,” when they bother to mention them. Which is rarely.

The toddler’s name was Abdul-Rahman Mahmoud Barghouthi, a name that feels incongruously long for his short life.

When he was injured, Israeli soldiers held up an ambulance rushing to him, forcing medics to go to his home on foot and carry him back to the ambulance in their arms – a 60 minute round trip.

So far, I don’t see any US mainstream news media mentioning the end of Abdul-Rahman’s short life, the final two months likely infused with pain. If an 18-month-old Israeli child had been killed by Palestinians, I suspect there would be headlines, and the President would go on CNN and condemn the killers.

Perhaps Palestinians are killed so often that to the media it’s just not newsworthy, a little like the old saying that ‘dog bites man’ is not news, while ‘man bites dog’ is news. Israelis killing Palestinian children is not news. However, it is literally news to most Americans, since they so rarely hear about it.

My personal experience in writing about this issue for more than a decade and a half illustrates the very American tale of media omission on Palestine. Just last week another episode showed that the saga continues.

I’ve written about this sort of thing before, on more than one occasion.

The first time I wrote about tiny dead Palestinian children was 15 years ago. I described small deaths and quoted the words of poet Shawqi Baghdadi:

I remember the children

I could write stories like this over and over, if I could bear it. Because the deaths keep coming, and the misery and the cruelty, and the media keep ignoring so much of it.

Until we expose and break through the media bias and omission, the children will keep dying, and the tragedy and carnage and injustice will grow and spread.

In the past I’ve conducted media studies that document the disparity in reporting on Palestinian deaths compared to Israeli deaths, and have deconstructed news reporting. Through the years I’ve periodically written articles describing the flawed system of reporting on Palestine, including a chapter for a Project Censored book on the subject.

This time I’d like to give a few small, personal anecdotes – one from last week.

In 2001 a reporter for the Gannett news chain interviewed me at length about what I had just seen firsthand in Gaza and the West Bank at the height of the Second Intifada, and about the founding of If Americans Knew. Gannett is a major chain and this would have been a significant breakthrough for information on Palestine to get to the general public. The reporter sent a photographer to take pictures of me and told me his feature was about to come out.

But it never did. The reporter later told me a higher-up had killed the story, saying it was “missing something.” He hadn’t explained what.

Another time a journalist at the other end of the media scale, a reporter working for a small town newspaper, wrote a similar story about me. It, too, was killed by a higher-up. The reporter told me this was the first time that had ever happened to him.

Awhile later, a letter I had written about Palestine had gone through the usual editorial process and was slated to be published in the Washington Post. At the last minute it, too, was blocked by a superior.

Most recently, Truthout, a progressive website with a large readership that publishes much excellent work, accepted an article I had submitted about government monitoring of Palestine activism. My piece went through the standard editing and fact-checking, and the next day the article was published on the website. Briefly. It was quickly removed when higher-ups saw it and the staff then told me courteously and apologetically it wasn’t “the right fit for Truthout.”

I asked what this meant, exactly, but haven’t heard back. We’ve now published the article on our blog.

Naturally, news organizations can’t publish everything that’s submitted to them, and all have the right to decide what they will publish and what they won’t.

But it’s unusual for pieces that have gone through the usual channels and passed the standard hurdles to suddenly get killed for unidentified reasons. And it’s disturbing when this fits into a pattern of news filtering that has life and death consequences, and has gone on year after year after year.

Many news media are telling us more than they used to about Palestine, but they continue to leave out important aspects. Sometimes a half truth is a whole lie.

Meanwhile, Israel and its partisans have rewritten the governmental definition of “antisemitism” to include criticism of Israel and embedded this new Israel-centric definition in governments and law enforcement agencies around the world, so that eventually articles like this one may be banned as “hate speech.”

But you won’t learn that in Truthout.