You Are Here: Home → Uri Avnery, the Israeli optimist who played chess with Yasser Arafat, has died

Uri Avnery, the Israeli optimist who played chess with Yasser Arafat, has died 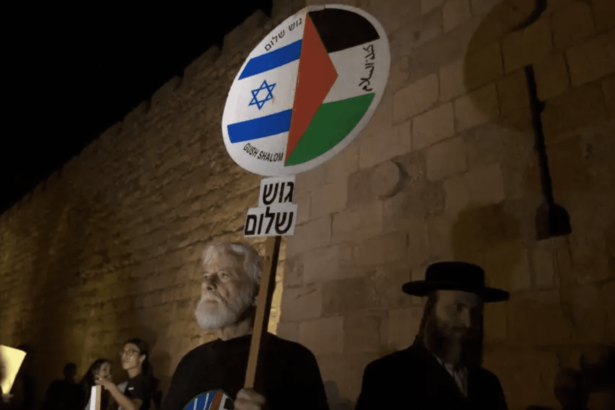 Uri Avnery, a Jewish immigrant from Germany to Israel, worked alone most of his life – not by choice, but because of his insistence on reconciliation with a people that no one else cared to reconcile with.

Uri Avnery was never one for sitting still. Even just a year ago, at the age of 93, the Israeli peace activist was still full of zest. “We need a new political power, and I am absolutely ready to take part,” he said in an interview. After all, it was a “key duty” to drive out Prime Minister Benjamin Netanyahu and “the whole crew.” He was still the same: An indefatigable fighter who was not afraid of those with power.

Avnery was unable to carry out his plan: He died overnight Monday in Ichilov General Hospital in Tel Aviv at the age of 94 following a stroke.

But even if this last goal remains unfulfilled, Avnery has left his mark on the history of his country — and shoes that will be difficult to fill.

Avnery was involved in political work for some 70 years. He advocated reconciliation with the Palestinians over the past five decades. And for 10 years, he served in Israel’s parliament, the Knesset. An exceptional phenomenon, as the German daily Frankfurter Allgemeine Zeitung called him on the occasion of his 90th birthday.

Escape from the Nazi regime

Avnery’s eventful life began in 1923 in the small city of Beckum, in the northwestern Westphalia region of Germany. He was born under the name of Helmut Osterman and grew up in a liberal, middle-class, secular family. After Adolf Hitler seized power, the family emigrated to Palestine in 1933. Looking back, he called this the “beginning of a second life” and a “salvation.”

Helmut Ostermann became Uri Avnery. In his younger years, he joined the terrorist and ultranationalist organization “Irgun,” which carried out attacks on the British Mandatory power. Even years later, he did not regret this decision. “At the time, it was the best thing I could have done … I thought it was my duty to fight so that the country was liberated.” This is probably also the reason why Avnery fought in the 1948 Palestine war, in which he was badly injured.

From national hero to ‘most-hated Israeli’

What came next was a fascinating transformation. Avnery wrote a patriotic book about his experiences and became a kind of national hero. But with the second book about the dark side of the war, as well as with his work for the government-critical news magazine haOlam haZeh, enthusiasm for Avnery began to flag in some segments of the population. Several observers even say he was sometimes the “most-hated Israeli.”

Both in his work as a journalist and during the years as a member of the Knesset, Avnery supported an ambitious project: Peace with the Palestinians and the establishment of a Palestinian state. In the course of his efforts to bring these things about, he sought contact with the Palestinian Liberation Organization (PLO) and in 1982 became the first Israeli to meet its leader, Yasser Arafat. Avnery did not allow himself to be deterred by the criticism this aroused; there was even another meeting and a book with the title “My Friend, the Enemy”.

His decades-long efforts to bring about reconciliation brought him international recognition and awards, including the Aachen Peace Prize and the Right Livelihood Award, also known as the “Alternative Nobel Prize.” Avnery, who also founded the peace movement Gush Shalom, worked for many years together with his wife Rachel, until she died in 2011.

And even if he was sometimes decried by the Israeli right wing as a “radical leftist” or “enemy of the state,” Avnery just kept on. To the very last, he remained in demand as a go-to person on the Israeli-Palestinian conflict both at home and abroad. Some years ago, he told DW: “It’s always good when Israelis and Palestinians sit down across from each other and negotiate together.” He himself preferred the role of an independent observer who called for compromises from all sides. This made it possible for him to criticize both the Israeli “occupying regime” in the Palestinian territories and violence toward Israel in one and the same breath.

But Avnery saw no allies in the current Israeli government under Prime Minister Netanyahu. “You can basically forget about the words ‘two-state solution.’ This current government doesn’t want a two-state solution,” he told DW. But even this was no reason for resignation as far as this tireless peace activist was concerned. “Pessimism means nothing to me. I am never pessimistic.” This may have been the only way Avnery could fight for a peace that is seemingly ever more remote.