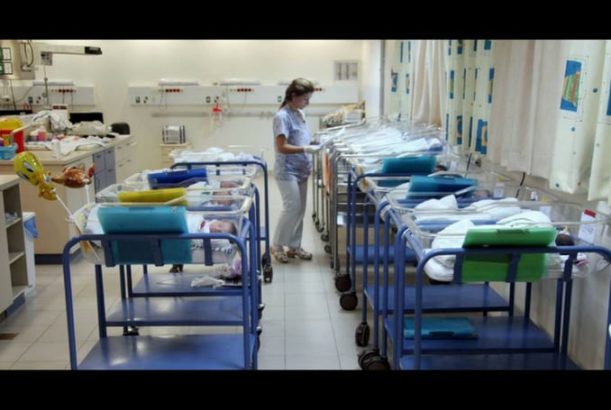 Three hospitals in Israel admit that their policy is to separate maternity patients according to ethnicity. Palestinian women have found this practice insulting; some experts call it “apartheid.”

Three Israeli hospitals have admitted for the first time that they segregate Jewish and Arab women giving birth, at the women’s request.

In response to a lawsuit filed against four hospitals, three of them – Hadassah University Hospital on Mount Scopus, Jerusalem, Haemek Hospital in Afula and Soroka Medical Center in Be’er Sheva – have admitted in February that this is their policy, while the Galilee Medical Center in Nahariya, which is also included in the lawsuit, denies it.

There is no longer any room for equivocation. The State of Israel is a brutal racist apartheid state. BDS all day every day. #FreePalestine #BDS https://t.co/OEvHPAXX1O

Kupat Holim Clalit, the health maintenance organization representing Soroka and Haemek, has told the Jerusalem District Court that separating mothers in labor is part of life in Israel’s reality.

“Not respecting the wishes of mothers for specific placement creates an ‘enforced communal hospital stay’ when both sides are not interested in this. The purpose of their stay is not to create an artificial melting pot.”

“Given the differences between various populations, women often request to be in a room with other women from their own community. Hadassah, where possible, accedes to these requests.”

Israel : 3 hospitals admit to separating Jewish and Arab women at maternity wards, if it is requested. This is a retrograde policy, and should not exist within a medical context (or any context) https://t.co/LrHePhhu1u

The hospital says that these requests are most common among ultra-Orthodox women, in an attempt to observe the Sabbath and kashrut laws, as well as modesty and other customs.

Some Arab women also request to be in different rooms. “This is understandable, given the different languages the women speak,” says the hospital.

Haaretz first reported the lawsuit filed by four Arab women last year. The women included recordings of conversations with hospital staff and demanded 20,000 shekels ($5,500) in compensation for being insulted by the segregation.

Three of #Israel's major hospitals have admitted for the first time that they segregated #Palestinian mothers from #Jewish ones in maternity wards.#apartheid #FreePalestinehttps://t.co/DlLVVDnPun pic.twitter.com/ghimLfewq1

In one recording, a nurse is heard supporting the segregation, where there are available rooms.

“If there is pressure, we do mix the women, but try to separate them the next day.”

The lawsuit includes the testimony of a social worker, who had her three children at Mount Scopus. She testified that when giving birth to her third child in 2017, after the segregation was reported, she was put in a room with Arab women only, making her feel “humiliated.”

Is Israel an apartheid state? Rhetoric or reality