You Are Here: Home → The Soleimani Assassination: The US is now at war with Iran 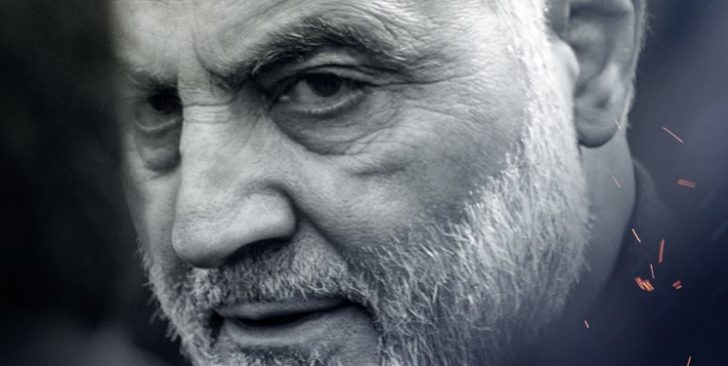 The assassination of Iranian Quds Force Commander General Qassem Soleimani will shift the long-simmering conflict between the two nations into high gear.

The blood of the Americans, Iranians and Iraqis who will die in the next few weeks is clearly on Donald Trump’s hands as this war was never inevitable and served no U.S. national interest…

Israel and the neocons cheer the assassination…

By Philip Giraldi, reposted from Ahitribune

The United States is now at war with Iran in a conflict that could easily have been avoided and it will not end well. There will be no declaration of war coming from either side, but the assassination of Iranian Quds Force Commander General Qassem Soleimani and the head of Kata’ib Hezbollah Abu Mehdi Muhandis by virtue of a Reaper drone strike in Baghdad will shift the long-simmering conflict between the two nations into high gear. Iran cannot let the killing of a senior military officer go unanswered even though it cannot directly confront the United States militarily.

But there will be reprisals and Tehran’s suspected use of proxies to stage limited strikes will now be replaced by more damaging actions that can be directly attributed to the Iranian government. As Iran has significant resources locally, one can expect that the entire Persian Gulf region will be destabilized.

And there is also the terrorism card, which will come into play. Iran has an extensive diaspora throughout much of the Middle East and, as it has been threatened by Washington for many years, it has had a long time to prepare for a war to be fought largely in the shadows.

No American diplomat, soldier or even tourists in the region should consider him or herself to be safe, quite the contrary. It will be an “open season” on Americans. The U.S. has already ordered a partial evacuation of the Baghdad Embassy and has advised all American citizens to leave the country immediately.

Donald Trump rode to victory in 2016 on a promise to end the useless wars in the Middle East, but he has now demonstrated very clearly that he is a liar. Instead of seeking detente, one of his first actions was to end the JCPOA nuclear agreement and re-introduce sanctions against Iran.

In a sense, Iran has from the beginning been the exception to Trump’s no-new-war pledge, a position that might reasonably be directly attributed to his incestuous relationship with the American Jewish community and in particular derived from his pandering to the expressed needs of Israel’s belligerent Prime Minister Benjamin Netanyahu.

Trump bears full responsibility for what comes next. The neoconservatives and Israelis are predictably cheering the result, with Mark Dubowitz of the pro-Israel Foundation for Defense of Democracies enthusing that it is “bigger than bin Laden…a massive blow to the [Iranian] regime.”

Dubowitz, whose credentials as an “Iran expert” are dubious at best, is at least somewhat right in this case. Qassem Suleimani is, to be sure, charismatic and also very popular in Iran. He is Iran’s most powerful military figure in the entire region, being the principal contact for proxies and allies in Lebanon, Syria and Iraq. But what Dubowitz does not understand is that no one in a military hierarchy is irreplaceable.  Suleimani’s aides and high officials in the intelligence ministry are certainly more than capable of picking up his mantle and continuing his policies.

In reality, the series of foolish attacks initiated by the United States over the past week will only hasten the departure of much of the U.S. military from the region. The Pentagon and White House have been insisting that Iran was behind an alleged Kata’ib Hezbollah attack on a U.S. installation that then triggered a strike by Washington on claimed militia targets in Syria and also inside Iraq. Even though the U.S. military presence is as a guest of the Iraqi government, Washington went ahead with its attack even after the Iraqi Prime Minister Adil Abdul-Mahdi said “no.”

To justify its actions, Mark Esper, Secretary of Defense, went so far as to insist that “Iran is at war with the whole world,” a clear demonstration of just how ignorant the White House team actually is. The U.S. government characteristically has not provided any evidence demonstrating either Iranian or Kata’ib involvement in recent developments, but after the counter-strike killed 26 Iraqi soldiers, the mass demonstrations against the Embassy in Baghdad became inevitable. The demonstrations were also attributed to Iran by Washington even though the people in the street were undoubtedly Iraqis.

Now that the U.S. has also killed Suleimani and Muhandis in a drone strike at Baghdad Airport, clearly accomplished without the approval of the Iraqi government, it is inevitable that the prime minister will ask American forces to leave. That will in turn make the situation for the remaining U.S. troops in neighboring Syria untenable.

And it will also force other Arab states in the region to rethink their hosting of U.S. soldiers, sailors, Marines and airmen due to the law of unanticipated consequences as it is now clear that Washington has foolishly begun a war that serves no one’s interests.

The blood of the Americans, Iranians and Iraqis who will die in the next few weeks is clearly on Donald Trump’s hands as this war was never inevitable and served no U.S. national interest. It will surely turn out to be a debacle, as well as devastating for all parties involved. And it might well, on top of Afghanistan, Iraq, Syria and Libya, be the long-awaited beginning of the end of America’s imperial ambitions. Let us hope so!

Phillip Giraldi is a former CIA counter-terrorism specialist and military intelligence officer who served nineteen years overseas in Turkey, Italy, Germany, and Spain. He was the CIA Chief of Base for the Barcelona Olympics in 1992 and was one of the first Americans to enter Afghanistan in December 2001. Giraldi is Executive Director of the Council for the National Interest, a Washington-based advocacy group that seeks to encourage and promote a U.S. foreign policy in the Middle East that is consistent with American values and interests.

Fear of a Major Mideast War

“…While Trump last year resisted neoconservatives in his administration… in beginning a war with Iran… Trump’s calculus appears to have changed with the ordering of Suleimani’s assassination.

“Though he dismissed the anti-Iranian hawk Bolton, both Secretary of State Mike Pompeo and Netanyahu still have his ear on Iran. What has changed politically was his impeachment and impending trial in the Senate ahead of November’s presidential election. Trump clearly understands the value of military conflict to shield a politician in trouble.”

“For the most part, Jewish and pro-Israel groups mostly reacted positively to the U.S. elimination of the head of Iran’s Islamic Revolutionary Guard Corps’ Quds Force, Maj. Gen, Qassem Soleimani, in a U.S. airstrike in Iraq on Thursday…”