You Are Here: Home → TELL CONGRESS: Vote NO on $38 billion to Israel!

TELL CONGRESS: Vote NO on $38 billion to Israel! 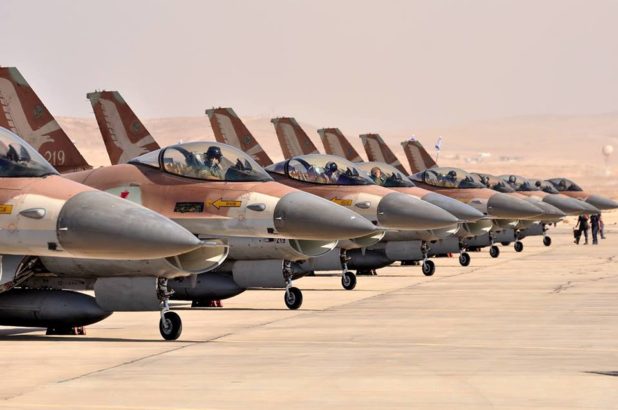 Please contact your Congressional representatives and tell them to vote No on the bill to give Israel $38 billion of our tax money over the next ten years!

This is the largest military aid package in U.S. history and amounts to approximately $23,000 for every Jewish Israeli family of four.

The bill makes into law an agreement by the Obama administration that is to take effect in 2019. It is being considered concurrently in both the Senate and the House.

The bill is entitled “United States-Israel Security Assistance Authorization Act of 2018” (in the House the number is H.R.5141 and in the Senate it is S.2497).

Aid to Israel is almost never challenged or even debated in Congress, and the media largely fail to report on it.

This bill was just approved by the Senate Foreign Relations Committee, but this fact was not reported by the Associated Press, Fox News, NPR, the New York Times, or any other U.S. news organization.

As a result, most Americans are unaware of this massive expenditure, and almost no one knows that one courageous member of the Senate Foreign Relations Committee, Congressman Rand Paul, objected to it.

We feel it’s extremely important to raise the alarm on this bill and to show how many people object to it!

Over the decades, the U.S. has given more money to Israel than to any other country – on average, 6,000 times more per capita than to other people around the world.

And Israel gets this money in a lump sum at the beginning of the fiscal year – this means that the U.S. government borrows the money and then pays interest on it long after it’s gone, while Israel deposits the money into an interest-bearing account in the New York Federal Reserve Bank, obtaining even more money from the U.S. economy.

The Israel lobby has bullied Congress long enough – it’s time for the rest of us to weigh in!

Please take the few minutes necessary to contact your Congressional representatives and to post to social media (click here to find your reps and for easy forms – Phone Congress at 202-224-3121). We’re unlikely to defeat the bill yet, but your action will help start the powerful process that will eventually succeed.

It is time to stop supplying the money and weaponry that Israel uses in its periodic massacres in Gaza, the West Bank, and elsewhere.