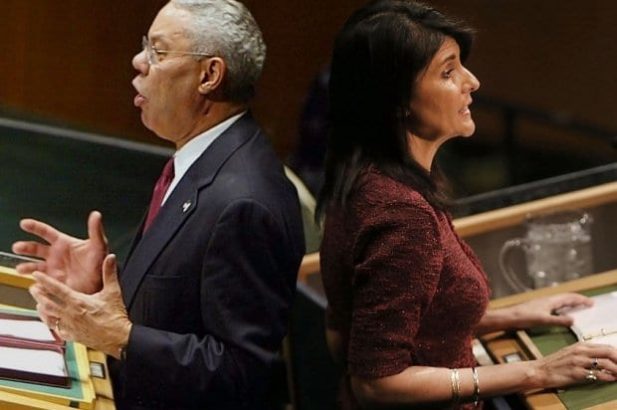 Lawrence Wilkerson, former chief of staff to Colin Powell, recalls his work to invent a case for “pre-emptive” war against Iraq. It worked like a charm – ultimately at a high cost in lives, financially, and in destabilization of the whole region. Wilkerson argues that Nikki Haley and the Trump administration are doing the same thing today, only with even weaker evidence. The result could be “10 to 15 times worse than the Iraq war in terms of casualties and costs.”