You Are Here: Home → Surveillance, Political Threats, Daily Discrimination: What It’s Like to Be a Palestinian Citizen in Israel

Surveillance, Political Threats, Daily Discrimination: What It’s Like to Be a Palestinian Citizen in Israel 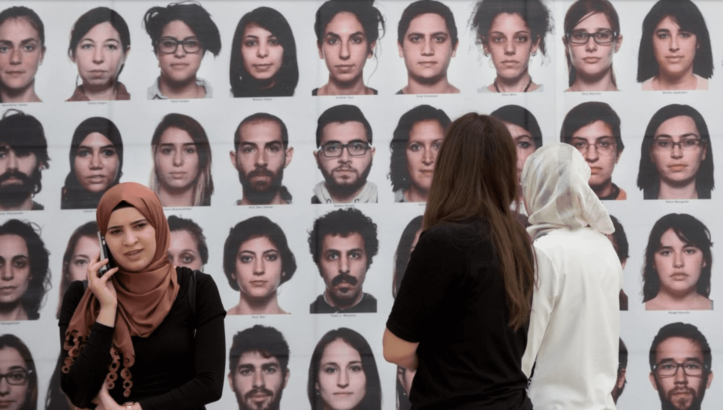 Palestinian citizens of Israel are constantly reminded of the fragility and conditionality of our (second-class) Israeli citizenship, and the illegitimacy of our Palestinian identity – and that’s amplified as elections approach.

The Palestinian identity of Israeli citizens is conceptualized as a perpetual threat precisely because it resists the constant revisionist efforts of the state. By virtue of existing, Palestinians contest the erasure of their own narratives and histories.

The Israeli elections are approaching, and with them, as a Palestinian citizen of Israel, the question of citizenship and belonging is amplified more forcefully than ever.

Those questions are especially poignant given the passage of Israel’s discriminatory Jewish Nation State Law. This law is a key issue in the elections – for those who support it wholeheartedly for those in opposition political parties who call to amend or scrap it.

Ethnic minorities in Israel continually experience the hierarchies of citizenship first hand. This law translates the lived experience of discrimination of the Palestinian community in Israel into a black-and-white legal clause.

Since 1948, we, the Palestinian minority, have been exposed to unfair laws, budgeting and planning, land confiscations, surveillance and political suppression. The state and Jewish Israelis constantly remind Palestinian citizens of the fragility of our Israeli citizenship.

The discriminatory treatment of Palestinian citizens of Israel escalated drastically after the Second Intifada. This was the result of a series of public incitements by Benjamin Netanyahu and members of his right-wing government against Palestinian citizens and their elected representatives. These provocations often follow in the wake of Arab Members of the Knesset expressing support for Palestinians or when the Arab community protests Israel’s policies against them.

For instance, Defense Minister Avigdor Lieberman has referred to Joint (Arab) List party leader Ayman Odeh and his parliamentary colleagues as “terrorists” who belong in jail. That was in response to the Arab MK lashing out at police for their violent dispersal of a Gaza solidarity protest in Haifa where protestors raised the Palestinian flag; in 2017 he called for a boycott of Arab businesses. A few months ago he again called another Joint List MK a “terrorist” – the same MK whose citizenship he’d previously called to be revoked.

It seems as though the state and Israeli society expect Arab representatives to represent the concerns of right-wing Jewish Israelis – but not their Arab constituency.

The state invokes isolated incidents of violence by Palestinian individuals involved in terrorism to vilify an entire community and threaten them with the additional loss of resources, or with drastic measures – like transferring them to a proposed Palestinian state.

In 2017 Netanyahu reiterated this proposal – that Arab communities within Israel would be transferred to Palestinian control in exchange for Israel annexing some West Bank settlements – in front of Trump senior advisor Jared Kushner and Mideast envoy Jason Greenblatt. The news of the proposal came a day after a mass funeral in Umm al-Fahm (an Arab city within Israel) for three assailants who killed two policemen in an attack on the Temple Mount were.

Moreover, there have been campaigns to ban and prevent performances by Arab artists emphasizing their Palestinian history and expressing their discontent with occupation and chronic inequality. In November of 2018, an Israeli university student union cancelled a performance by a Palestinian citizen and rapper Tamer Nafar, whose art describes the lived experiences of our community, due to political pressure.

By blocking the performances of artists, institutions like colleges are actively suppressing Palestinians’ freedom of speech and expression. This effectively renders the identities and sentiments of Arab Israeli citizens as inferior, undesirable, second-class – even threatening.

Fear of Palestinians and Arabs has been institutionalized through discriminatory laws that aim to suppress ethnic minority identities and penalize anyone who tries to do so.

That same erasure manifests in school textbooks and personal records. I recently came across this phenomenon while researching my own family history. As part of my research, I received a copy of my late grandma’s passport. Even though she was born in 1942, six years before the founding of the State of Israel, her place of birth is indicated as Israel.

The Palestinian identity of Israeli citizens is conceptualized as a perpetual threat precisely because it resists the constant revisionist efforts of the state. By virtue of existing, Palestinians contest the erasure of their own narratives and histories by Israeli sociopolitical institutions determined to exorcise any remaining specters of Palestinian history from the country.

Ironically, these efforts to block any expression of Palestinian identities only unify and strengthen them.

But what if a third option to this enforced polarization exists? One where the dichotomization of people as “either/or” shifts to that of “both/and?” What if the unique and complex identity of Arabs in Israel who are attached to both their Palestinian national identity and their Israeli citizenship was fostered, rather than repressed, by the state?

The ability to commemorate Palestinian history should not be viewed as a privilege that can be taken away by the Israeli government when they deem it necessary; it is a right for all citizens regardless of their ideological and religious affiliations. The expression of peaceful discontent with the government’s policies is not a legitimate justification for such repercussions.

Acknowledging the roots of our identity will help legitimize our political views, address our needs, and lessen alienation from the democratic process. This could start by simply re-evaluating existing discriminatory laws and policies that restrict the freedom of Palestinian expression within Israel.

Acknowledging the Palestinian identity of Israel’s Arab citizens could finally start the process of healing within our own community – and be a crucial first step in resolving the wider conflict with the Palestinians. Change must start from within.

Dr. Anwar Mhajne is an Umm Al Fahm native and moved to the United States in 2011 to pursue her M.A. and Ph.D. She is currently a Postdoctoral Teaching Fellow in the Department of Political Science at Stonehill College, MA. Twitter: @mhajneam