You Are Here: Home → Action Alert! Tell Congress Issa Amro is a man of peace, not a criminal!

Action Alert! Tell Congress Issa Amro is a man of peace, not a criminal!

Human rights defender Issa Amro has been called a “Palestinian Gandhi” for his tireless efforts in peaceful protest against Israeli occupation.

Issa Amro has been resisting Israel’s efforts to take over the Palestinian city of Hebron since 2003. A verdict is imminent in the sham trial against him, and he needs our support.

For years, If Americans Knew has been reporting on Israeli injustices toward Palestinians. We’ve published thousands of stories of Palestinian courage in the face of Israeli brutality. 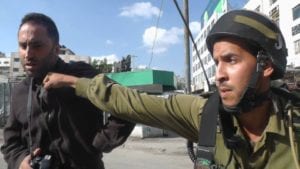 Today, we want you to know about an injustice that is about to happen: one of Palestine’s national treasures, human rights activist Issa Amro – who patterns his work after Gandhi and Martin Luther King, Jr. – is about to stand before an Israeli military court to hear a verdict in Israel’s case against him. His trial has been going, off and on, since August 2016, with sixteen fabricated charges against him for his community organizing and civil disobedience, stretching back as far as 2010.

Amnesty international has called the charges against Issa “baseless,” “politically motivated,” and “physically impossible,” and UN experts have expressed deep concern for Issa’s life and wellbeing.

Use our form below to contact your members of Congress. 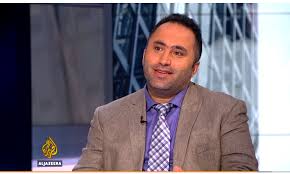 Amro (whose first name, Issa, is Arabic for “Jesus”) believes that Israel would be delighted to lock him up: “They want to get rid of me, get rid of the idea of popular resistance, nonviolent resistance…They want to stop any human rights defenders from increasing awareness [around the world] of human rights violations.”

Israel’s military court is well-known for its discrimination against Palestinian prisoners – it has a 99.74% conviction rate, and routinely uses torture to extract confessions (including from children). (Read one witness’ description of Israeli military court proceedings here .)

LIttle optimism surrounds the event, as the judge himself is an illegal settler and has connections to the settler community in Hebron.

In reality, Palestinians living under Israeli occupation have no legal avenue to protest the unjust, apartheid-like circumstances they’ve endured for over 50 years.

We must call attention to Issa Amro’s plight, as he is being persecuted for the simple act of demanding justice for his people. His voice must be heard – the voices of all Palestinians must be heard, and their oppression must end.

A good place to start is to call on Israeli authorities to drop the charges against this man of peace.

Watch If Americans Knew for further developments! Join our mailing list so you can stay up to date on the situation in Israel and Palestine, and what our American government is (or isn’t) doing about it.

Note: Palestinian voices are not the only ones being silenced. Israel and its supporters have mounted a worldwide project to demonize all who advocate for Palestinian justice. You can read about it here (global) and here (US).