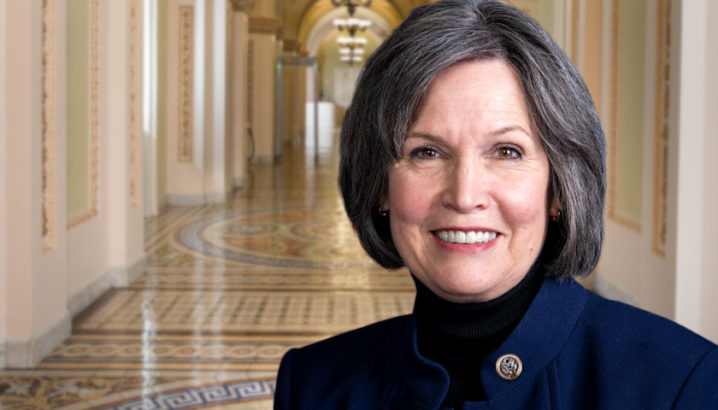 The Israel lobby took aim at Rep. Betty McCollum (D-MN-4) and others, calling them “anti-Semitic” and “more sinister than ISIS.” McCollum hit back.

Last week, the American Israel Public Affairs Committee (AIPAC) sponsored a Facebook ad claiming that “radicals in the Democratic Party” are promoting anti-Semitism. Blowback from the divisive ad caused the organization to remove the ad and apologize.

The piece declared, “The radicals in the Democratic Party are pushing their anti-Semitic and anti-Israel policies down the throats of the American people. America should never abandon its only democratic ally in the Middle East. Sign the letter to Democrats in Congress – don’t abandon Israel!”

The ad was linked to a petition opposing any reduction in US military aid to Israel – aid which currently stands at $10 million a day, and which contravenes international and US law, as well as American public opinion.

One version of the promotion features photos of Reps. Ilhan Omar, Rashida Tlaib, and Betty McCollum. Omar and Tlaib have been outspoken in their criticism of Israeli policies and supported the movement to boycott businesses that operate out of illegal Israeli settlements. McCollum authored a bill to stop US military aid to Israel from being used to incarcerate and torture Palestinian children.

In response to the ad, Rep. Betty McCollum released a strongly worded statement:

The decision by AIPAC to use my image in paid Facebook ads weaponizing anti-Semitism to incite followers by attacking me, my colleagues, and my work promoting human rights for Palestinian children detained in Israeli military prisons is hate speech.

But it doesn’t end there. According to the Jewish Telegraphic Agency, an AIPAC petition linked to their ads…stated, “It’s critical that we protect our Israeli allies especially as they face threats from Iran, Hamas, Hezbollah, ISIS and – maybe more sinister – right here in the U.S. Congress.”

This is not a call to action, it is incitement…

AIPAC wants its followers to believe that my bill, H.R. 2407, to protect Palestinian children from being interrogated, abused, and even tortured in Israeli military prisons is a threat more sinister than ISIS. This is not empty political rhetoric. It is hate speech…

AIPAC’s language is intended to demonize, not elevate a policy debate. Vile attacks such as this may be commonplace in the Trump era, but they should never be normalized. Hate speech is intentionally destructive and dehumanizing, which is why it is used as a weapon by groups with a stake in profiting from oppression.

I will not back down from my commitment to peace, justice, equality, and human rights for Palestinians and Israelis. I want Jews, Muslims, Christians, and all people to be safe, secure, and able to find hope and opportunity – in the U.S., in Israel, and in Palestine.

AIPAC claims to be a bipartisan organization, but its use of hate speech actually makes it a hate group. By weaponizing anti-Semitism and hate to silence debate, AIPAC is taunting Democrats and mocking our core values. I hope Democrats understand what is at stake and take a stand because working to advance peace, human rights, and justice is not sinister – it is righteous. 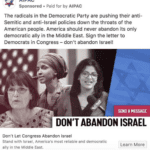 Another “radical,” and arguably an even bigger threat to Israeli funding, is independent presidential candidate Bernie Sanders. He has been the target of attack ads by the Democratic Majority for Israel (DMFI) and others in an all-out stop-Sanders drive.

Sanders is by far the most outspoken candidate on Israel, making a case for conditioning aid on its compliance with international law, and even suggesting that in the meantime, the money could go to help the humanitarian crisis in Gaza.

After years of bipartisan support for unconditional aid to Israel – while Israel defies international law and world censure – this change comes not a moment too soon.

How do Bernie & Buttigieg stand on Israel-Palestine?

Ilhan Omar: “Anti-Semite of the Year,” or deliberately distorted?