You Are Here: Home → Pro-Israel group raises half a million dollars for Menendez – eludes donation law 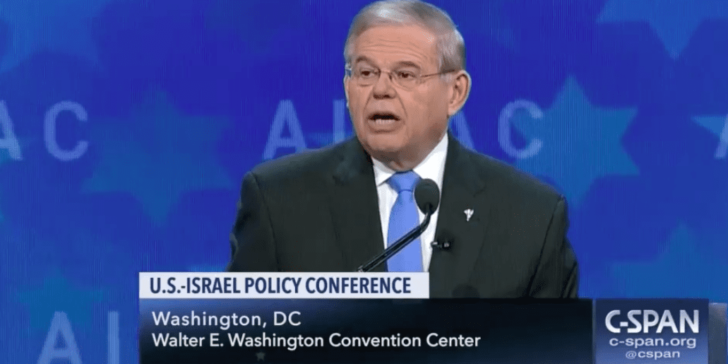 Senator Robert Menendez pledging his loyalty to Israel (and trolling for campaign donations) at 2018 AIPAC conference. See video of speech below.

Pro-Israel NORPAC political action committee held a $1,000 a plate dinner for Democratic candidate Menendez. Pacs are supposed to be limited to $10,000 donation, but NORPAC eludes that law… NORPAC raises money for candidates from both parties around the US – from New York to North Dakota

WASHINGTON (JTA) — A leading pro-Israel political action committee says it has helped raise over $500,000 for U.S. Sen. Robert Menendez, a pro-Israel leader in the Senate who is in an unexpectedly tight race.

NORPAC’s all-out push for Menendez, D-N.J., this election cycle is notable because Republicans currently lead in the Senate by just a 50-49 margin and Democrats hope to wrest control in November, as well as in the U.S. House of Representatives. President Donald Trump is warning supporters that a Democratic victory in either chamber could scuttle his agenda.

The most recent NORPAC fundraiser for Menendez was on Monday at $1,000 a plate.

Ben Chouake, NORPAC’s president, told JTA in a recent interview that the group’s backing for Menendez was typical of its support for incumbent lawmakers who are leaders in the pro-Israel cause. That discipline is traditional for pro-Israel fundraising, and the polarized times have not changed the approach, he said.

“We follow the rules,” no matter the party, he said. “It simplifies everything because it’s simple and straightforward. A guy like Bob Menendez gets huge support because he was a huge champion on our issues.”

How NORPAC gets around the law

As a political action committee, NORPAC may not give more than $10,000 to a candidate in an election season, but it may organize fundraisers where donors cut individual checks and hand them straight to the campaign. The maximum individual donation is $2,700.

Menendez bucked President Barack Obama as one of only four Senate Democrats to oppose the 2015 Iran nuclear deal.

Corporate executive Bob Hugin, the Republican challenger, is within single digits of Menendez in the polls in a typically Democrat state.

[Editor’s note: It appears that the Israel lobby has New Jersey sewn up. Hugin, who claims he “always puts New Jersey first,” has also pledged his loyalty to Israel.]

Menendez was tarred by a corruption charge, although he was acquitted earlier this year. NORPAC donors helped fund Menendez’s defense, Chouake said.

NORPAC also held a fundraiser last week for Heidi Heitkamp, the Democratic senator from North Dakota who is facing a tight race in a state where Trump won handily in 2016. That meeting netted $25,000 for her, Chouake said.

“She’s an incumbent, she qualifies, it’s close, she needs it,” he said.

[Editor’s note: Her opponent, Kevin Cramer, is also pro-Israel. He seems to know very little about the issue.]

Chouake said the minority leader, Sen. Chuck Schumer, D-N.Y. — who is Jewish and also opposed the Iran deal — asked NORPAC to hold the fundraiser and was present.

To learn about other candidates funded by NORPAC go here. 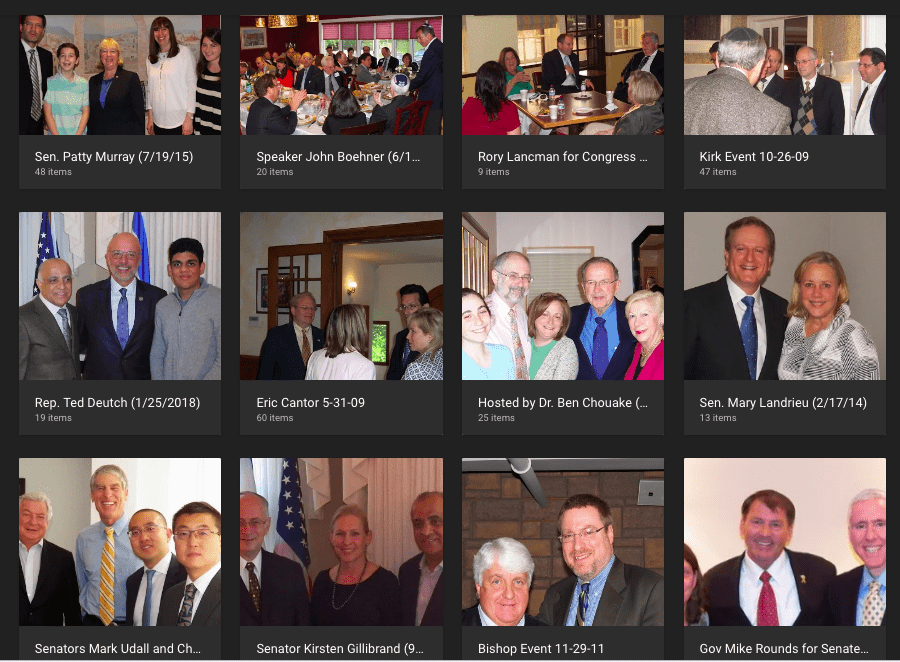 Below is Menendez speaking to AIPAC conference on March 6, 2018. (Transcript here.)