You Are Here: Home → Sheldon Adelson-backed pro-Israel campus initiative to operate on 80 campuses 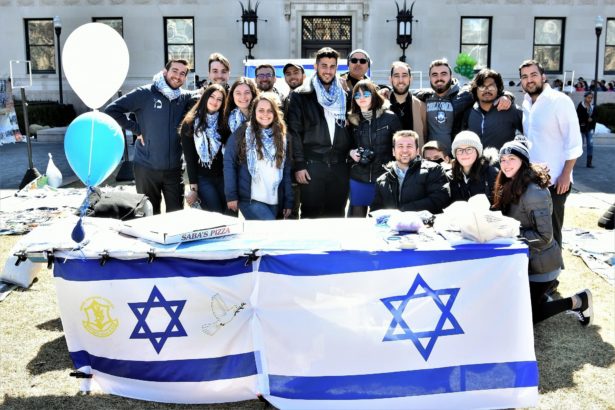 An Adelson pro-Israel initiative will operate on 80 campuses, spending six figures per campus – in total, about $8 million to $10 million this school year. Among its activities will be to “recruit influencers” and take them on trips to Israel.

WASHINGTON (JTA) — The Maccabee Task Force, the initiative funded by billionaire philanthropist Sheldon Adelson targeting the campus BDS movement, will double its presence to 80 campuses and for the first time will operate in Canada.

In place since 2016, the task force works with pro-Israel students on programs countering activities of the Boycott, Divestment and Sanctions movement targeting Israel. Last year it funded programs on 40 campuses chosen because of the intensity of BDS activity on the campus.

The task force sends representatives to campuses and solicits ideas from pro-Israel students and groups on campus, then funds those deemed viable. Its most successful program has been to recruit influencers on campus – including student leaders who might already favor BDS – and send them to Israel on fact-finding tours.

[Editor’s note: David Brog, who is Jewish, is the executive director of “Christians United for Israel (CUFI)”]

Maccabee Task Force does not publish its expenditures, but a spokesman said that it spends in the low six figures per campus, suggesting that it will spend at least $8 million to $10 million this school year.

Adelson, a casino magnate, and his wife, Miriam, fund an array of pro-Israel and medical causes. They are also leading donors to Republican political candidates.