You Are Here: Home → Netanyahu issues veiled threat of nuclear attack against its “many enemies”

Netanyahu issues veiled threat of nuclear attack against its “many enemies” 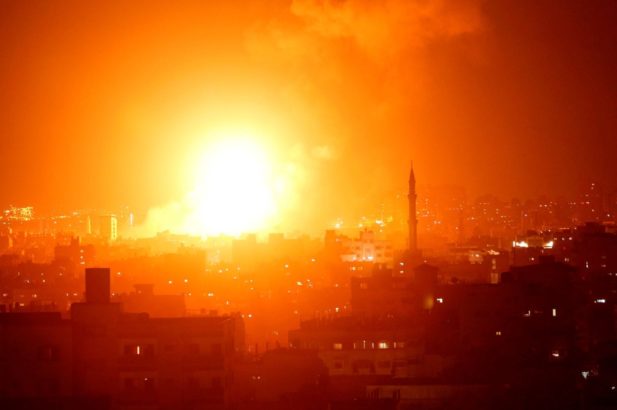 Netanyahu used a visit to an Israeli atomic reactor to warn Iran and others that Israel has the means to destroy them. “Our enemies know very well what Israel is capable of doing.” He said that the weak are slaughtered and erased from history…

Speaking at Israel’s main nuclear weapons facility on August 29, Israeli Prime Minister Benjamin Netanyahu announced: “Our enemies know very well what Israel is capable of doing. They are familiar with our policy. Whoever tries to hurt us – we hurt them.”

Reuters reports that Netanyahu “used a visit to a secretive Israeli atomic reactor on Wednesday to warn the country’s enemies that it has the means to destroy them, in what appeared to be a veiled reference to its assumed nuclear arsenal.”

Israel is the only nuclear power in the Middle East.

The country is reported to have between 100 and 400 nuclear weapons. While Israel has never officially admitted this fact, Israeli leaders periodically threaten their use. In 1973, when Israel was losing what it calls the “Yom Kippur War,”  Defense Minister Moshe Dayan came close to using nuclear weapons, until U.S. Secretary of State Henry Kissinger engineered a massive airlift of U.S. weaponry to Israel, the largest airlift in U.S. history.

During Wednesday’s speech at Israel’s notorious Dimona nuclear facility, Netanyahu said: “I am not spouting slogans. I am describing a persistent, clear and determined policy. This is our policy. It is backed by appropriate deployment, equipment, preparedness and – in the hour of need – appropriate orders.”

“In the Middle East, and in many parts of the world,” Netanyahu said, “there is a simple truth: There is no place for the weak. The weak crumble, are slaughtered and are erased from history while the strong, for good or for ill, survive.” The way to “peace,” he said, was for Israel to be strong.

While Netanyahu said Israel has “many enemies,” the speech particularly focused on Iran. Netanyahu said that Israel is “working against Iran establishing a permanent military presence in Syria.”

“We will not relent in pursuit of this goal,” Netanyahu said, ” just as we did not relent in bringing about the cancellation of the bad nuclear agreement with Iran, a goal which was seen as impossible when I put it on the international agenda for the first time several years ago.”

On May 8th, President Trump pulled out of the Iran agreement, a move promoted by Israel partisans in and out of his administration.

Unlike Israel, Iran has no nuclear weapons. And, despite oft-repeated claims by Netanyahu, U.S.politicians, and many in the American media, U.S. intelligence agencies and others have concluded that Iran is not working to acquire them. Iran, unlike Israel, is a signatory to the nonproliferation agreement.

The 1976 Symington and Glenn Amendments to the Foreign Assistance Act prohibit U.S. aid from being given to countries that have not signed the nuclear nonproliferation agreement.

Senator Stuart Symington, who had earlier been Secretary of the Air Force, explained: “In effect, this amendment says to other nations, if you wish to take the dangerous and costly steps necessary to achieve a nuclear weapons option, you cannot expect the United States to help underwrite that effort indirectly or directly.”

U.S. governmental agencies had long suspected Israel of having a nuclear program, despite Israel’s lying about it to the U.S. In 1961 an infuriated U.S. Senator exploded at a secret session of the Senate Foreign Relations Committee:

“I think the Israelis have just lied to us like horse thieves on this thing. They have completely distorted, misrepresented and falsified the facts in the past. I think it is very serious, for things that we have done for them to have them perform in this manner in connection with this very definite production reactor facility [meaning it was specifically designed to produce plutonium] which they have been secretly building, and which they have consistently, and with a completely straight face, denied to us they were building.”

Public evidence of Israeli weapons finally became available in 1986 when the London Times published information from Israeli whistleblower Mordechai Vanunu. (Vanunu was kidnapped by Israel and imprisoned for 18 years, 12 of them in solitary detention.”) 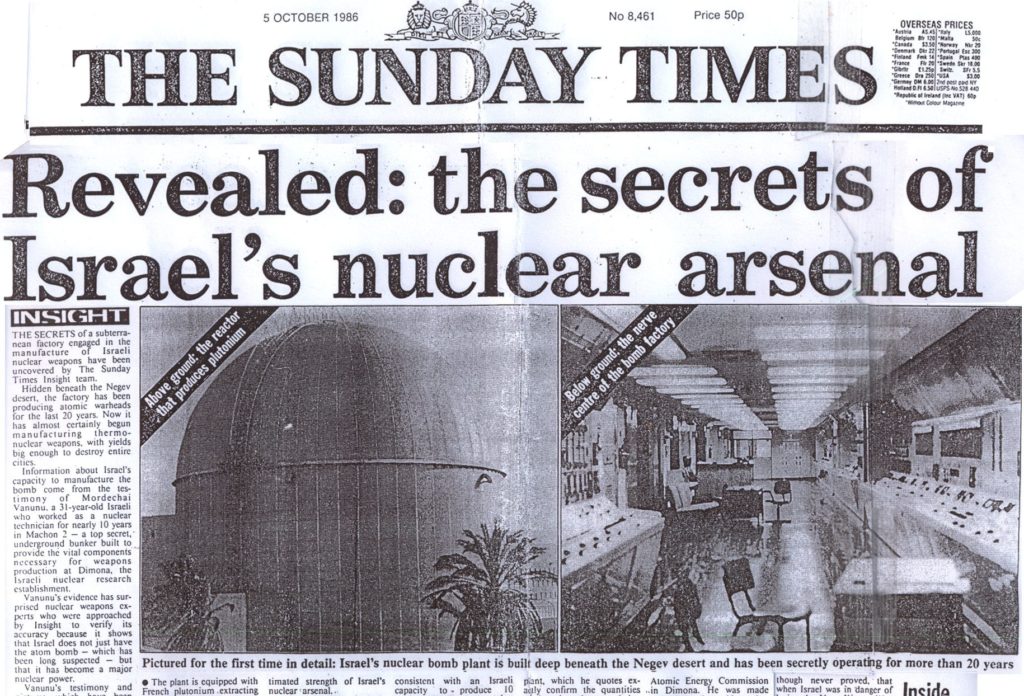 Despite that fact, U.S. aid to Israel has continued. According to the think tank Research: MIddle East Policy, Israel has so far received approximately $234 billion in illegal aid.

A package to give Israel $38 billion over the next ten years is currently before Congress, the largest such aid package in U.S. history. So far, U.S. media have failed to tell Americans about the legislation.

Aid to Israel is also illegal under the Leahy Laws, which prohibit U.S. aid to countries guilty of human rights violations.