You Are Here: Home → Presidential candidate offers a bold plan for Israel/Palestine 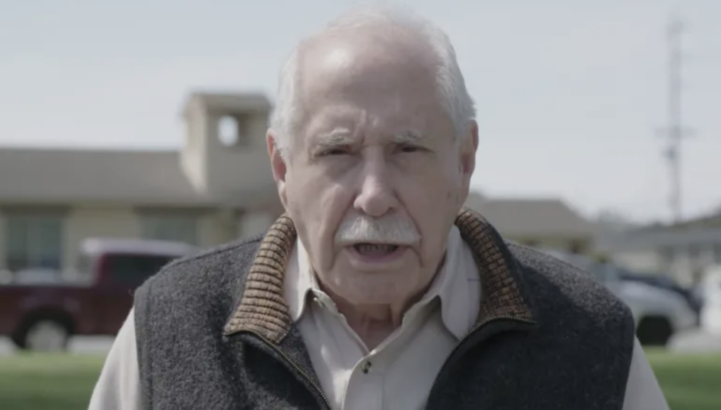 Presidential candidate Mike Gravel says, “The two-state solution is dead. Let us take the obvious and humane path forward,” and he lays out a courageous proposal.

by Mike Gravel, reposted from Mondoweiss

[At 89, Mike Gravel is running for President in order to make his progressive, anti-war message heard. He’d hoped to participate in the upcoming debates, but he didn’t make the cut. Now he has his eye on the July debate series. “My message,” he says in Rolling Stone, “centered around an anti-imperialist foreign policy and fundamental political reform, is one that no other Democratic candidate is making the centerpiece of their campaign. After the first two debates, I will drop out and endorse the most progressive candidate.” See the essence of his message in this video, and more on his life and campaign below.]

One of the most obvious absurdities in the world of foreign policy is seeing what is considered serious. The people who want to continue funding massacres, genocides, and authoritarian regimes abroad frame their ideas in the sober language of realism, and earn plaudits from pundits and think tanks; those who propose the moral and obviously necessary alternatives are dismissed as unserious, among the cruelest insults in the world of foreign policy. Thus I do not expect the policy I will propose for Israel and Palestine to be taken seriously by the foreign policy establishment, which is too busy honoring Henry Kissinger to care much. But I will be frank with what I view as true seriousness on this important issue.

The very basic threshold for seriousness with regards to Israel/Palestine policy is one that no major party backs: the two-state solution is dead, and we have killed it.

The signs of its expiration are all around us. More than half a million Israeli settlers live (illegally) in Palestinian territory, and it would be politically, and logistically, impossible for them to be removed peacefully. The increasingly entrenched Israeli hard right—led by toxic figures like Ayelet Shaked and Naftali Bennett—openly advocates annexing “Area C,” which constitutes most of the West Bank. And the compromises that a two-state solution would require would not only be politically toxic for both Israeli and Palestinian leadership; they would also be disastrous in practice. It is not difficult to envision ethnic cleansing reminiscent of the massacres surrounding the partition of British India in 1947, as vast numbers of people scramble to cross arbitrary borders in short stretches of time.

With these deteriorating conditions constituting difficult obstacles, it stands to reason that if Bill Clinton and Barack Obama could not reach a working agreement, the particular charms of a Pete Buttigieg or Joe Biden won’t be able to, either. It is also apparent that a two-state solution would likely not be worth the bloodshed and chaos it would cause. So why keep up the charade? Most American diplomats will, in their more candid hours, admit that the two-state idea is long dead. Prudence dictates that America acknowledge that on the world stage and begin the search for other solutions.

The most obvious and humane path forward is the creation of a secular, democratic, binational state with equal rights for all. That is the model the U.S. government, with its partners in the region, should work toward and publicly highlight as the ideal outcome. This, like any real solution, would disappoint many, both those who want an official Palestinian national homeland and those who want an official Jewish homeland. But this is necessary. Both visions serve an abstract nationalism rather than the actual needs of Israelis and Palestinians living in the area, and a state along the lines of the idealized United States model, one with no prized ethnicity or religious character, is the solution all those seeking a humanitarian alternative should support. There would be no need for the byzantine arrangements (land swaps, dual city ownership, etc.) upon which most attempts to resolve the conflict have hinged: it would simply be the decision—an admittedly difficult one—to live together, Muslim, Jew, and Christian, in a peaceful, democratic, egalitarian society.

Of course, the sheer power of the Israel lobby in the United States is the main hurdle to such a radical departure from traditional blind support for Israel. Thus the Israel lobby should be restricted; it is time to free American policy from the shackles of AIPAC (American Israel Public Affairs Committee), ZOA (Zionist Organization of America), and other groups. AIPAC especially wields awe-inspiring power over Congress; the hysterical reaction to relatively mild criticism of the group by Rep. Ilhan Omar—criticism that stands out in large part because of the rarity of sitting federal officials criticizing that ship of fools—illustrates just how much influence it wields.

The first step should be mandating that AIPAC register as a foreign lobby under the Foreign Agents Registration Act (FARA). AIPAC manages to skirt American laws about foreign lobbying by claiming that it represents Americans who happen to support Israel. But the shockingly close ties between the governing Likud Party and AIPAC give a lie to this legal fiction; AIPAC will always stand closer to Israeli interests than American ones. (And no, despite Vice President Mike Pence’s claim that Israel’s “cause is our cause, her values are our values and her fight is our fight,” Israeli interests and American ones are not one and the same.) Such an arrangement would prevent AIPAC from influencing American elections, and would require it to report all of its contacts with Congress, along with details of its spending, to the Department of Justice.

Next, the U.S. should end military aid to Israel, citing the Israeli military’s complicity in crimes against the Palestinian people. It should call for a gradual demilitarization of Israel and Palestine, and should be clear with the Israeli government that the days of Israel-right-or-wrong are over. Future outrages by either side will receive an even-handed response without bias. Accordingly, it should demand that Israel bring itself into compliance with international law and end the harassment of dissidents like the liberal Zionist Peter Beinart or those who support the Boycott, Divestment, and Sanctions (BDS) movement.

And the U.S. should refuse to take unconstitutional steps to stifle BDS. Whatever one’s personal thoughts on BDS, an individual or group’s decision not to associate with another group or country is a legitimate exercise of the freedoms of speech and association guaranteed by the Constitution, and using the power of the government to influence those decisions is wrong. Senators Amy Klobuchar and Cory Booker should be ashamed of themselves for supporting federal laws to restrict BDS. (It is perhaps no coincidence that Booker and the president of AIPAC “text message back and forth like teenagers,” by Booker’s own admission.)

What I’m calling for is, in fact, a moderate and sensible proposal; it is the current policy, of unbridled fondness for a government flirting openly with ethnic cleansing, that is radical and dangerous. The current policy is the exact one that George Washington warned against in his Farewell Address: “a passionate attachment of one nation for another,” the creation of “an imaginary common interest in cases where no real common interest exists.”

It’s time for a mature relationship with Israel, free of the cloying sentimentalities and tired banalities (“Israel is the only democracy in the Middle East”) that infest our political discourse surrounding it. America’s wanton indulgence of the whims of Benjamin Netanyahu and his fellow rightists will only redound to the harm of Israelis and Palestinians years down the line. It is too late to return to the fantasies of old, and high time to begin the projects of the new age. There are two possible futures for Israel and Palestine: one close to the vision of Isaiah—“nation shall not lift up sword against nation, neither shall they learn war any more”—and one reminiscent of the prophecy of the Sibyl of Virgil’s Aeneid: “wars, horrendous wars,” the Jordan “foaming with tides of blood.” It’s a simple choice. Let’s choose peace.

Born and raised in Springfield, Massachusetts, by French-Canadian immigrant parents, Gravel served in the U.S. Army in West Germany, and later graduated from the Columbia University School of General Studies. He moved to Alaska in the late 1950s, becoming a real estate developer and entering politics. He served in the Alaska House of Representatives from 1963 to 1966 and also became Speaker of the Alaska House. Gravel was elected to the U.S. Senate in 1968.

Former Senator Mike Gravel (D-AK) is, according to Vox,

“a legend of the anti-war movement, having fought to end the Vietnam War draft and taken the perilous step of entering the leaked Pentagon Papers into the official congressional record. He made a big splash in 2008, his last serious foray into politics, by hammering the other Democratic candidates for being too closely allied with the military industrial complex…

“a credible voice for the anti-war left and, during a primary largely defined by how little interest the competing candidates have shown in criticizing one another, his unusual campaign has been happy to take shots at other Democrats.

“the anti-war, anti-“American foreign policy for the last 50 years” candidate. Some of his priorities are the same as every other Democrat…But he also wants to end unilateral sanctions against other sovereign nations. He wants to close every American base in a foreign territory and cut US military spending by 50 percent. He wants to end American aid to Israel and Saudi Arabia.

“Mike Gravel, it is safe to say, says things you won’t see almost any other candidate say.”

When George Bush, Sr. took on the Israel lobby, and paid for it