You Are Here: Home → Palestinians in Hebron say Israeli forces strip-searched them on their way home 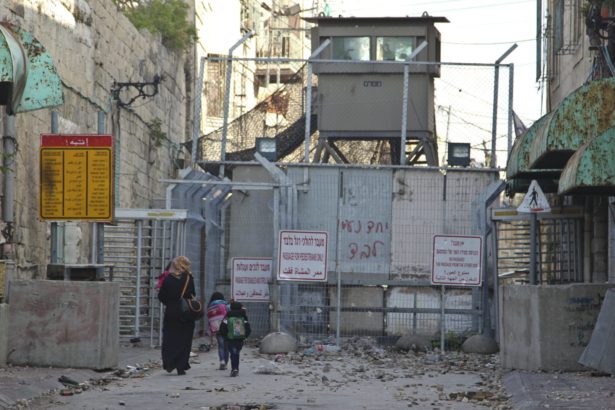 Hebron is unique among cities in the West Bank due to the presence of about 800 Zionist settlers living throughout the city, alongside double their number of Israeli soldiers who are predominantly based at military checkpoints, restricting the movement of at least 30,000 Palestinian inhabitants.

In Hebron, the most divided and  arguably the most systemically discriminatory city in the region, Israeli forces have taken to the humiliating (and unnecessary) practice of strip-searching Palestinians.

Israeli forces reportedly strip searched Palestinians as they were on their way to their homes in the Tel Rumeida neighborhood of the Old City of Hebron in the southern occupied West Bank on Monday.

Local activists told Ma’an that Israeli soldiers stationed at a checkpoint in the neighborhood forced residents to remove some pieces of their clothing in a “provocative and humiliating way” before allowing them entry. According to witnesses, dozens of Palestinians reportedly gathered around the checkpoint to argue with the soldiers over the invasive searches, at which point the soldiers closed the checkpoint temporarily, preventing residents from reaching their homes.

Tel Rumeida has long been a flashpoint for tensions between Palestinians and Israeli settlers and military, and is located next to an illegal Israeli settlement.

Mistreatment of Palestinians in the Hebron area has been common since the city was divided in the 1990s after a US-born settler, Baruch Goldstein, massacred 29 Palestinians inside the Ibrahimi Mosque.

The majority of the city was placed under the jurisdiction of the Palestinian Authority, while the Old City and surrounding areas were placed under Israeli military control in a sector known as H2.

The area is home to 30,000 Palestinians and around 800 Israeli settlers who live under the protection of Israeli forces. Hebron residents frequently report attacks and harassment by the settlers carried out in the presence of the forces.

The latest in Israel’s strip-searching of women and children

Video about Israeli policy of strip-searching women and children