You Are Here: Home → Over 120 Countries, but Never Israel: Queen Elizabeth’s Unofficial Boycott 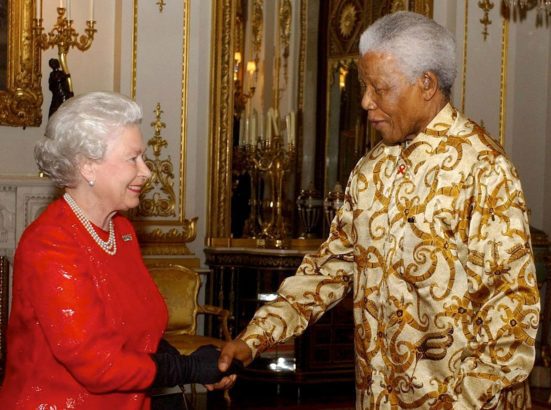 In her 70-year reign, Queen Elizabeth crisscrossed the globe, but purposely skipped Israel. In 1984, speaking with Queen Noor during a visit to Jordan, she found the settlements ‘depressing’ and the Air Force’s planes over the West Bank ‘frightening’… For decades, the British royal family had boycotted Israel. It wasn’t an official boycott, but it was often unofficially acknowledged by officials…

In 1986, Margaret Thatcher became the first British leader to visit Israel. Journalist David Landau, later Haaretz editor-in-chief, dared to ask her when the queen would visit. “But I’m here,” the Iron Lady replied. In 2014, not long before he passed, Landau was awarded the OBE for his contributions to Israeli-British relations. He did not ask the queen directly why she refrained from visiting here.

“When there is sustainable peace,” was the answer stammered by official British representatives whenever they were asked why the Queen is boycotting the State of Israel. This, of course, didn’t stop the queen from visiting Arab countries. She did not reverse this boycott throughout her 70 years on the throne, despite being the best-traveled world leader, with over 120 countries visited and around a million miles traversed in her tours. “Is there another member state of the UN which the British royal family treats with such consistent and studied contempt?” Landau wondered.

Cognoscenti would explain that it is the British Foreign Service that decides such things, and that it is doing so out of supposed spite. This, among other reasons, as “revenge” for the violent Israeli resistance to the British mandate, and having established a state on its ruins. [Among Zionists’ violent resistance was assassinating British officials such as Loyd Moyne.) Others said that the British are afraid to antagonize the Arab world, and that is why the Queen won’t show her face here.

But had she truly wanted to, the Queen could have popped over for a visit. “The sad but inescapable conclusion, therefore, is that she herself is part of this nasty, petty British intrigue to deny Israel that rankling vestige of legitimation that is in their power to bestow or withhold – a royal visit.,” Landau wrote in Haaretz over a decade ago, in an article where he called upon the monarch to “bin these sour-smelling inhibitions and end this boycott.”

Some British royals visited Israel over the years, but Buckingham Palace always went out of its way to make it clear that the visit is neither royal, nor official. Thus it was in 1994, when Prince Phillip came to receive the Righteous Among the Nations award on behalf of his mother, who is buried in Jerusalem. In 1995 Charles, then Prince of Wales, came to attend Rabin’s funeral. A change came only in the 70th anniversary of Israel’s independence, in 2018, when Prince William arrived for a visit, that was termed as official, even if it was meaningless. Two years later his father Charles, soon to be crowned king, visited here for the international Holocaust forum, held to mark 75 years since the liberation of Auschwitz. The Queen, however, maintained her boycott.

Not all Israelis wanted such a visit, either way. “Elizabeth II is the daughter of George VI, the king on whose behalf Jewish freedom fighters were hanged in the Land of Israel; The king whose navy blocked the way of refugees to the Land of Israel, leading to their death. The hangman’s daughter is not welcome in Israel,” a commenter wrote on Haaretz’s website. [For the real situation see this.]