You Are Here: Home → Israeli Soldiers Kill A Palestinian Teen Near Ramallah 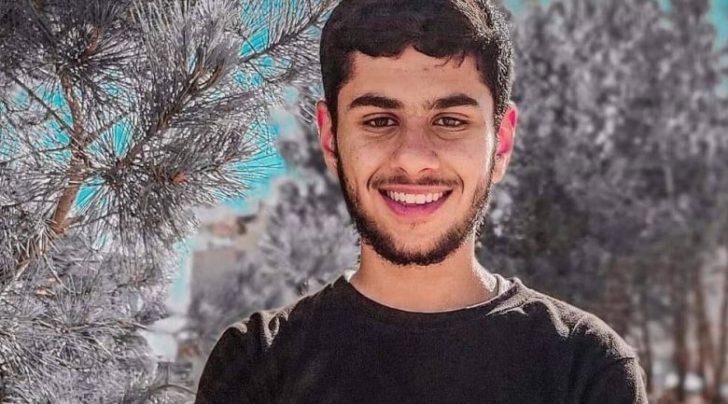 Israeli forces claimed that a Palestinian teen had ‘attacked them with a hammer’ before they used lethal force against him, and abducted his body. This is the seventh Palestinian to die at Israeli hands in a little over a week.

On Thursday dawn, Israeli soldiers killed a Palestinian child near the main entrance of Beitin village, northeast of Ramallah, in the central West Bank.

The Palestinian Health Ministry has confirmed that the soldiers killed Haitham Hani Mubarak, 17, from Abu Falah village, east of Ramallah, but lives with his family in Betunia town, west of Ramallah.

The Israeli army is still refusing to transfer Haitham’s corpse to his family.

Media sources said the soldiers shot the Palestinian near the Beit El military roadblock, near the entrance of Beitin, and closed the roadblock and the entire area around it. [These roadblocks are part of Israel’s control over Palestinians under Israeli occupation.]

Israeli Channel 7 News claimed the Palestinian attacked Israeli soldiers with a hammer before a soldier opened fire and killed him and added that the soldiers also found a knife the Palestinian allegedly carried.

Channel 7 added that one soldier sustained light facial wounds and received treatment at the scene.

The soldiers also stopped and searched dozens of cars and interrogated many Palestinians while inspecting their ID cards.

In addition, the army pushed many military vehicles into the area and conducted extensive searches in lands near the northern entrance of the nearby Al-Biereh city and many surrounding areas.

Dozens of soldiers were later deployed in the area and started closing more streets and isolating junctions and many Palestinian communities.

[Go here to see what daily life is like for Palestinians in the Occupied Territories.]