You Are Here: Home → NGO calls for Investigation into death of man a few hours after Israeli forces abducted him 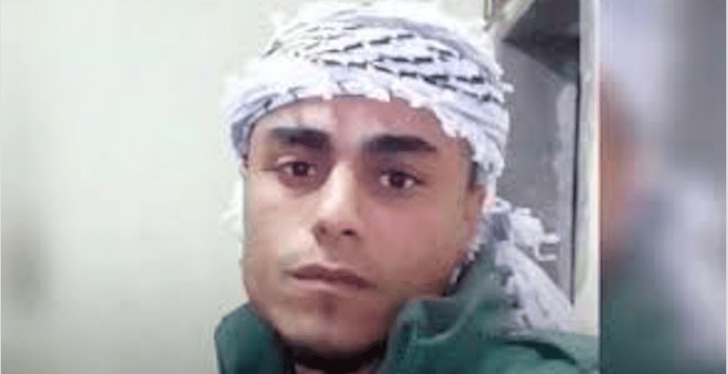 Israeli soldiers sneaked into a West Bank village, abducted a 24-year-old, beat him brutally, took him into custody, and a few hours later he was dead. Israeli authorities have not delivered his body to his family or to Palestinian authorities. This type of thing has happened before…

Today morning, 18 September 2018, Mohammed al-Khatib, from Beit Rima village, northwest of Ramallah, died only few hours after being arrested by the Israeli forces.  The Palestinian Center for Human Rights (PCHR) calls for an immediate and impartial investigation into the death circumstances of al-Khatib and expresses its deep concern that the Israeli forces had properly practiced torture against him immediately after his arrest.

According to PCHR’s investigations and eyewitnesses’ accounts, at approximately 06:00 today, 18 September 2018, Israeli soldiers sneaked into Beit Rima village, northwest of Ramallah, via a civilian white Volkswagen Caravelle with a Palestinian registration plate.  The vehicle stopped near a house belonging to the family of Mohammed Zaghloul al-Khatib (24), and the Israeli soldiers stepped out of it to raid al-Khatib’s bedroom.  They had brutally beaten him before arresting and taking him to an unknown destination.  In the morning, an Israeli officer called the brother of the above mentioned and asked him if Mohammed suffers from a certain disease, but his brother denied so.  Shortly, the family received a phone call from the Palestinian Liaison informing them that their son died.  It should be mentioned that al-Khatib was previously wounded by the Israeli forces with a bullet to his foot one year and a half ago.  Moreover, the Israeli authorities so far detain his body and have not delivered it yet to his family or the Palestinian competent authorities.

Bashir al-Khatib, Mohammed’s brother, said to a PCHR’s fieldworker that:

“I woke up to the loud screams of my brother Mohammed, so I immediately went to his bedroom, which is separated from our main house around 10 meters away.  When I arrived, I saw 10 Israeli soldiers severely and brutally beating him with their riffles and feet throughout his body.  I tried to move them away, but the soldiers forcefully drove me off and tied my hands.  They then locked my mother, sisters and I in a room in our house.  After Five minutes, we no longer heard the screams of Mohammed, and I saw one of the Israeli soldiers holding Mohammed on his shoulders to a white vehicle and taking him to an unknown destination.  At approximately 09:00, I received a call from an Israeli officer asking me If Mohammed suffers from any disease.  I answered No, he does not have any, and the soldiers then surprisingly ended the call. I then received a call from the Palestinian Liaison in Ramallah informing me with the death of Mohammed.”

The Israeli forces announced that they opened an investigation into the death circumstances of al-Khatib. They said in a statement that:” When the Israeli forces went to arrest him, he fainted.  The Israeli soldiers immediately treated him and then took him to the hospital where his death was announced.” The Israeli forces claimed that neither resistance nor violence occurred during the arrest!!

It should be noted that this crime is the second to be committed by the Israeli forces in similar circumstances this year. On 22 February 2018, Yassin Omar Saradeeh (33), from Jericho, died after few hours of his arrest by the Israeli forces who violently beat him. In addition to these 2 crimes, on 20 May 2018, Palestinian prisoner ‘Aziz ‘Eweisat (53) from  al-Mukkaber Mount village, southeast of occupied East Jerusalem, died in “Assaf Harofeh” Medical Center that he was moved into from “Eshel”Prison after he suffered a stroke. Before the stroke, prisoner ‘Eweisat said to one of the prisoners that he was beaten and maltreated in “Eshel” Prison under claims of pouring hot water on a prison official.

PCHR points out that Palestinian civilians are subject at the very moment of their arrest to brutal beating, physical and psychological torture and inhuman and degrading treatment in the Israeli jails; thus, PCHR: