You Are Here: Home → Jewish groups demand another billion dollars to Israel 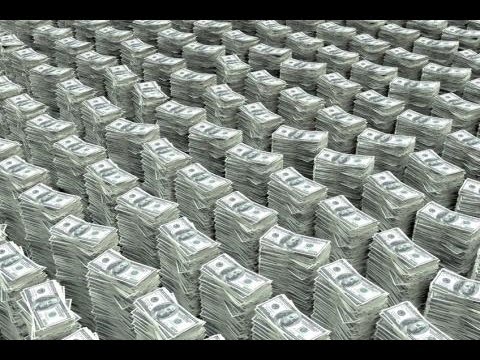 ‘We, the undersigned 12 (twelve) national Jewish organizations, are writing to ask you to take firm action in support of Israel’s security by moving the Iron Dome Supplemental Appropriations Act of 2022 forward…’

On top of the over $3.8 billion that Israel already gets from US taxpayers, a dozen+ national Jewish organizations are calling for an additional billion dollars to Israel.

This at a time when millions of Americans are suffering from Covid-related hardship and rising inflation. Israel has received more US money than any other country; on average, 7,000 times more per capita.

The organizations want the money to fund the Israeli military’s defense system against Palestinians’ largely home-made rockets; the rockets have killed 39 Israelis, while Israeli air attacks on Gaza have killed over 4,000 Gazans.

The fact is that Israel’s weaponry, funded by US taxpayers, is vastly superior to that wielded by Palestinian groups resisting Israel’s confiscation of their land and crippling blockade against Gaza’s two million men, women, and children.

During the escalation in May, Israeli forces killed 260 Gazans (66 of them children), while Palestinian resistance groups killed 13 people in Israel.

Amnesty International reported: “There is a horrific pattern emerging of Israel launching air strikes in Gaza targeting residential buildings and family homes – in some cases entire families were buried beneath the rubble when the buildings they lived in collapsed.”

Since May, Israelis have killed 54 Palestinians, while Palestinians have killed 3 Israelis. Most recently, Israeli soldiers killed an 80-year-old man who was heading home after visiting relatives. The man, Omar Abdalmajeed As’ad, is reportedly an American citizen who had lived in Milwaukee for many years before returning to his village in the West Bank 10 years ago.

The bill (H.R. 5323) for the additional billion dollar appropriation to Israel demanded by the groups was fast-tracked through the House in September (Speaker Nancy Pelosi didn’t explain why Israel’s numerous millionaires and billionaires can’t pay for this system themselves), but has been stalled in the Senate.

It was expected that the Senate legislation (S.2839) would similarly sail through, but it has been held up by Kentucky Senator Rand Paul.

In response to Paul’s action, the groups sent a letter to the Senate leadership on January 11th saying they are “deeply troubled” by the delay and calling for the bill to be passed immediately.

The organizations demanding the extra funding

Another letter containing a few additional groups was issued the same day and similarly urged Senators to appropriate the additional billion to Israel “as quickly as possible.”

Two smaller Jewish groups have opposed the funding: Jewish Voice for Peace and If Not Now.

“Poll after poll has shown that Democratic voters want more accountability from the Israeli government, not a further increase in military funding. When will Democratic voters have elected officials who actually represent their values?

“Israel is also the only country that receives U.S. military funding without any country-specific human rights conditions – even though the Israeli military’s grave violations of human rights are documented by every major human rights organization in the world, as well as by our own State Department. Moreover, Congress already funds the Iron Dome. In fact, since 2011, the U.S. has provided $1.7 billion for the Iron Dome and is already committed to continuing these funds through 2028.”

“Today’s vote was an infuriating display of anti-Palestinian racism. Israel is an apartheid state, carrying out a belligerent military occupation, and it’s currently under investigation for war crimes by the International Criminal Court. Why did almost every single member of the House just agree to send another $1 billion check to the Israeli government? Every member who voted for this should be deeply ashamed of themselves.”

The organizations calling for immediate action acknowledge that even if the current legislation is not passed, the additional billion dollars will “likely be included in a final omnibus spending package” anyway.

They’re just not accustomed to waiting for their money.

Alison Weir is executive director of If Americans Knew, president of the Council for the National Interest, and author of Against Our Better Judgment: The Hidden History of How the U.S. Was Used to Create Israel. Previous articles be Weir are here and here.