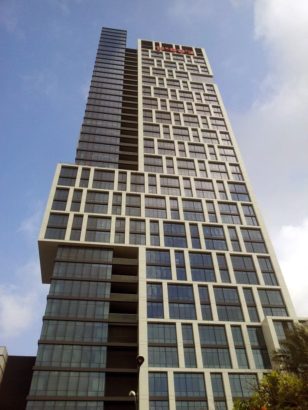 The 29th floor of Tel Aviv’s Champion Tower is the nerve center of a 24-7 ‘war’ against Palestinian rights supporters around the world. Israeli agents working behind the scenes advance legislation, torpedo events, organize counter-protests, close bank accounts. The Director says: ‘In order to win we must use tricks and craftiness.’

An Israeli newspaper reports that a special office in Israel’s Ministry of Strategic Affairs is advancing anti-boycott, pro-Israel legislation around the world.

Israel’s Ynet News reports: “The State of Israel is waging one of its most important and difficult battles: The war on delegitimization and on the boycott movement.” The Ministry has mapped 150 entities and has implemented what it calls a “combat doctrine” against them.

According to Ynet, the ministry has created a $70 million unit that works “24-7” to monitor and counter activism in support of Palestinian rights.

The unit, named “The Battle,” has worked to advance legislation, torpedo events, block bank accounts, thwart funding, and organize counter protests. It has also placed agents in Israeli embassies around the world.

The Ministry’s Director-General Sima Vaknin-Gil says that in order to win, Israel must “must use tricks and craftiness.”

According to Ynet, the office monitors “all protests, conferences, publications calling for an anti-Israel boycott and international bodies’ boycott initiatives. It then transfers the information to the relevant people to provide a proper response to these activities, whether through a counter-protest or through moves to thwart the initiative behind the scenes.”

Israel’s justice department has agreed to exclude the unit from Israel’s Freedom of Information Law.

“Since the ministry began leading the war on the boycott movement, boycott organizations have been under constant pressure.

“Legislation is being advanced in Israel and in the world, the organizations are under financial pressure which includes closing bank accounts and thwarting donations, and the hypocrisy of bodies disguised as ‘human rights organizations’ is being exposed. My policy of moving from the defense to the offense has proved itself, but there’s a lot more to be done.”

In addition, legislation calling criticism of Israel “anti-Semitic” is being advanced at both the federal and state levels, and similar regulations are being adopted on college campuses. Related laws and resolutions are also being promoted internationally.

Israeli efforts to influence events in the U.S. are not new. In 1994 a former Mossad agent described on C-Span how the Mossad used pro-Israel organizations to plant claims that individuals critical of Israel are “antisemitic.”

In 1963 Senator William Fulbright discovered that Israel had given more than $5 million ($40 million in today’s dollars ) to organizations and individuals in the U.S. to influence public opinion in favor of Israel.