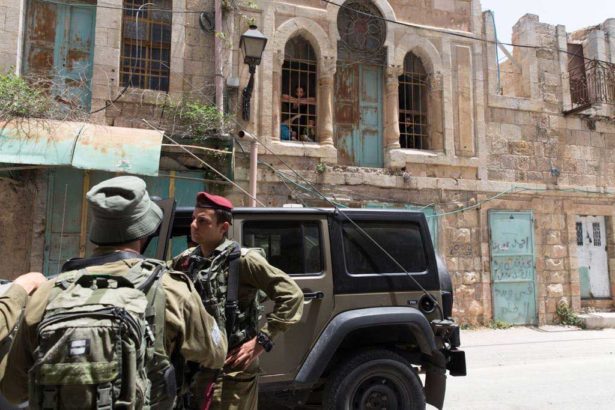 Thursday, June 8th, at 8:30 in the morning, without warning, the army came into the Zahda family home on the section of Shuhada street near the main checkpoint where Palestinians still have access. The soldiers placed the family, Sami Zahda, his wife, and their two sons, ages three and four, in a back room and took away their phones. The soldiers then welded the front door of the home closed. The family was imprisoned inside.

By 12:00 noon, thanks to notice from international observers outside, the landlord tried to intervene. He appealed to the soldiers that the family would have no way to exit the home as the house’s back exit was too dangerous for use. The family looked out from a second floor window as the soldiers kept them imprisoned inside.

At 4:00 in the afternoon, thanks to pressure from the community – local human rights defenders, international observers and the beginning of a media presence – the army finally unsealed the front door and the family was allowed to leave safely.

Families that live on Shuhada Street – the once bustling main thoroughfare in Hebron that has been closed by military order since 1994 – face near constant harassment. Settlers taunt them and throw stones. Heavily armed soldiers enter at will. The aim of the settlers and soldiers is to drive the families into such a state of fear and hopelessness that they willingly abandon their homes. This process of coerced resettlement exacerbates Israeli military efforts to turn downtown Hebron into what is commonly labeled a “ghost town.” 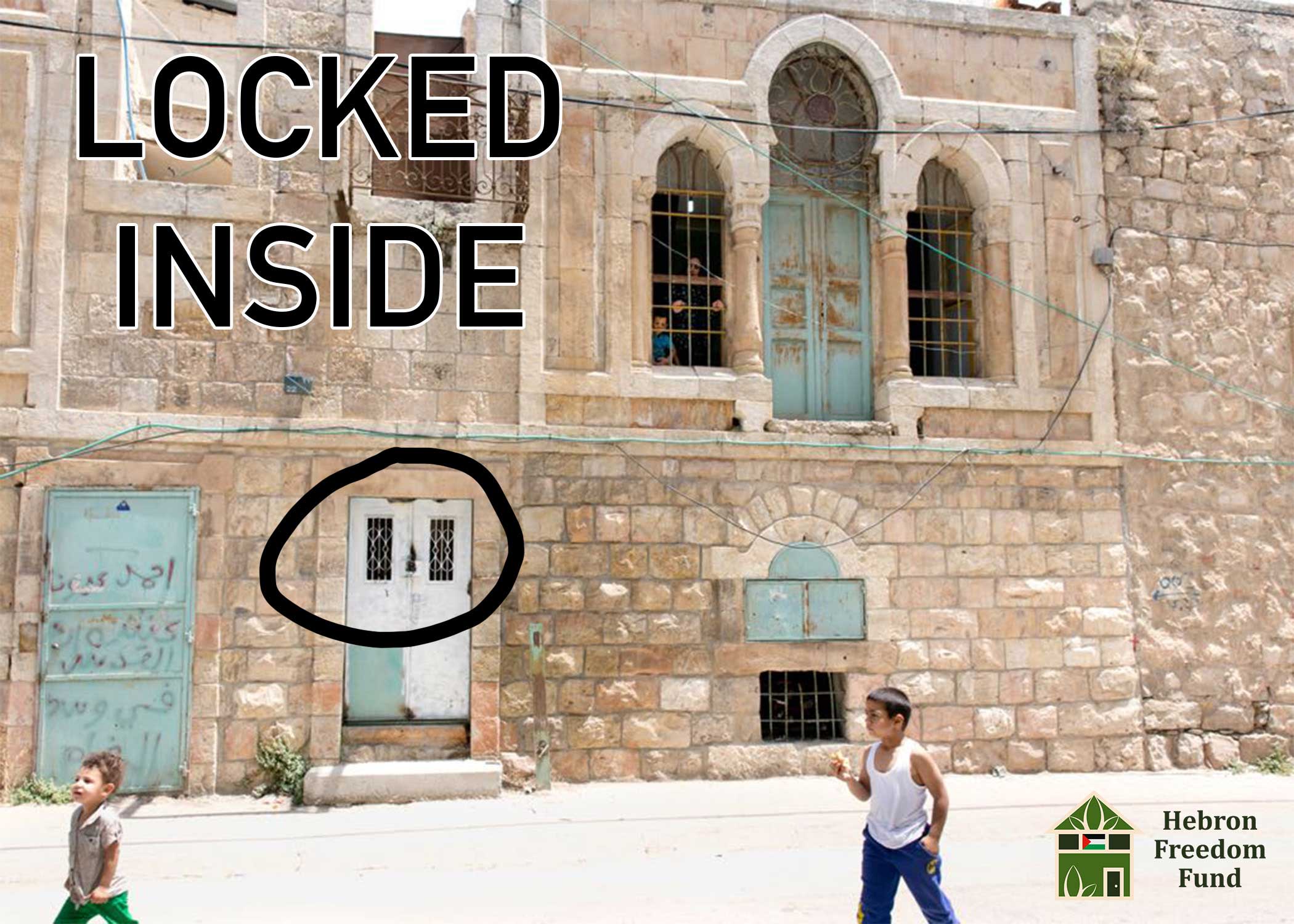 In 2015, The Dundes family, just one door down from the Zahdas, also had the army seal the front door of their home closed. They too were trapped inside.

Many of the homes on Shuhada Street have been passed down for centuries. Hebronites take pride in the ancient history of their city. But, constant harassment from settlers and violence from soldiers is a terrifying force. Families live without protection.

Help support the Hebron Freedom Fund to advocate for the community of Hebron by making a donation today.