You Are Here: Home → Israeli soldiers kill two, including 11-year-old, injure 246, in Gaza 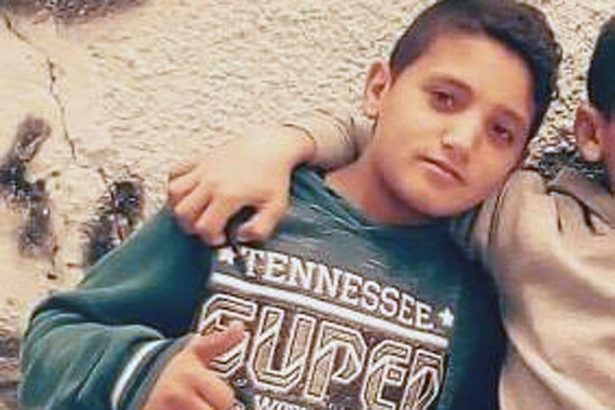 Israeli forces shot dead 11-year-old Majdi Ramzi Kamal al-Satri near the perimeter fence in Rafah, Gaza on July 27. He sustained a gunshot wound to the head around 5:30 pm local time and was pronounced dead at the European Gaza Hospital. – from Defense for Children

On Friday Israeli forces shot dead two Palestinians in the head, one 11 years old. They also injured 246, including women, children, medics, and a journalist

The Palestinian Health Ministry in Gaza has confirmed that Israeli soldiers killed, Friday, two Palestinians, including one child, and injured 246 others, among them eleven who suffered serious wounds, 10 women, 4 medics, one journalist and 19 children.

The Health Ministry said an Israeli army sharpshooter shot Majdi Ramzi Kamal Satri, 11,* with a live round in the head, east of Rafah city, in the southern part of the Gaza Strip, during the Great Return March procession. The slain child is from the Shaboura refugee camp, in Rafah.

It added that the soldiers also shot Ghazi Mohammad Abu Mustafa, 45, with a live round in the head, east of Khan Younis, in the southern part of the Gaza Strip.

Ghazi is the husband of Lamia Abu Mustafa, a nurse who never left the medical tents hundreds of meters away from the parameter fence, providing medical aid to wounded Palestinians.

He was injured a month ago by Israeli army fire, while helping wounding Palestinians, and received treatment by his wife and other medics, and today was fatally wounded by the army.

The Health Ministry in Gaza said the soldiers injured, Friday, at least 246 Palestinians, including eleven who suffered life-threatening wounds, in addition to four medics, one journalist and nineteen children.

It added that the that soldiers have killed 154 Palestinians, since March 30th, among them are 18 children, two medics and two journalists, in addition to wounding 335 medics, and causing damage to 58 ambulances.

*Satri’s age was first reported as 12, but later information indicates that he was 11.