You Are Here: Home → Tell Alexandria Ocasio-Cortez: Stand By Your Principles — Stand With Palestine!

Tell Alexandria Ocasio-Cortez: Stand By Your Principles — Stand With Palestine! 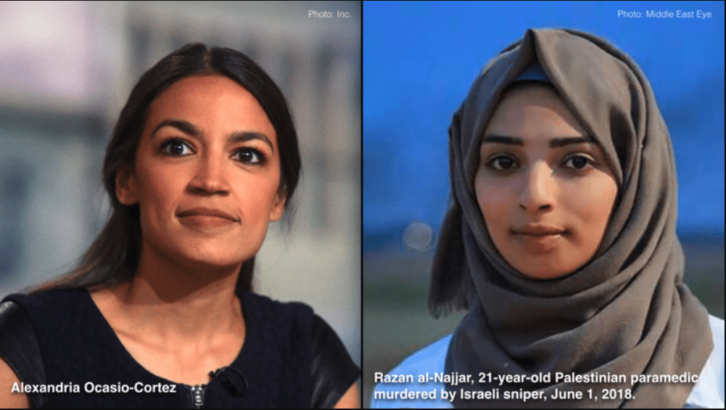 From Jews for Palestinian Right of Return, posted on Change.org

Supporters of justice around the world were heartened when Alexandria Ocasio-Cortez recently won the Queens Democratic congressional primaries with a grassroots campaign that included a forceful condemnation of the ongoing Israeli massacre of Palestinian Great Return Marchprotesters in Gaza.

Now, under intense Zionist backlash, she has “walked back” her stand, saying she had not used “the right words” in calling out Israeli occupation, and endorsing Israel’s “right to exist.”

Alexandria, your campaign is only as strong as its principles. Just as you speak truth to power for Abolish ICE, Standing Rock, Black Lives Matter, and Puerto Rico, stand firm with justice for Palestine!