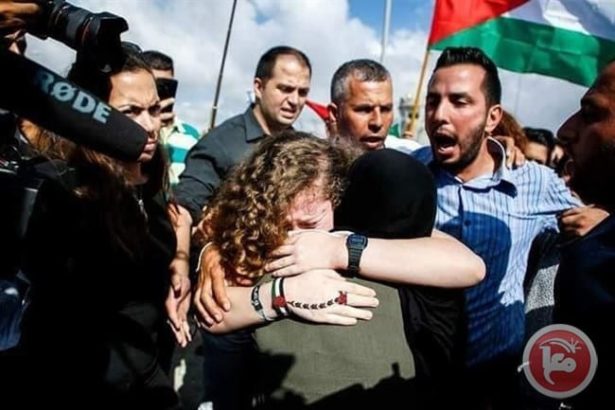 Ahed Tamimi was arrested in December 2017 when she slapped a fully armed IDF soldier after hearing that her cousin had been shot in the head. Her mother was also arrested, but released. Ahed pled guilty to 1 count of assault in a plea bargain. After 8 months in prison, she is free. Her story has been an inspiration to Palestinians and an embarrassment to Israel.

Ahed al-Tamimi was detained on December 19, 2017 after a video went viral on social media platforms, showing Ahed slapping and kicking an armed Israeli soldier, who raided her hometown of Nabi Saleh, in the central occupied West Bank district of Ramallah.

Minutes before Ahed was filmed kicking and slapping the Israeli soldier who had encroached on her family’s property, soldiers had shot her 15-year-old cousin Muhammad in the face with a rubber-coated steel bullet.

Her mother, Nariman, who was detained one day after Ahed and later charged with “incitement” for filming and publishing Ahed’s now famous incident, was also released.

Earlier this year, according to Avaaz, the organization running the campaign to free Ahed and Nariman, the military prosecution dropped eight of the 12 charges –which initially carried a sentence of up to 10 years in prison — against Ahed as part of the plea bargain.

The plea bargain included Ahed pleading guilty to one count of assault, one count of incitement, and two counts of obstructing Israeli soldiers. She also agreed to pay a fine amounting to 5,000 shekels.

Dozens of journalists, family and friends of Ahed and Nariman, welcomed them two hours after their release from the Rantis military checkpoint, in the Ramallah district, where Israeli forces attempted to hinder al-Tamimi’s access to her family by not mentioning their whereabouts.

The Tamimi family of Nabi Saleh is well known internationally for their activism against the Israeli occupation, which maintains a heavy, near-constant presence in their village.Ahed Tamimi is famous across Palestine and the Arab world for videos of her, since her childhood, defiantly resisting Israeli soldiers who clash with Palestinians in her village nearly every week.Two years ago, her family made headlines when an Israeli soldier violently attempted to arrest her younger brother, who had one arm in a cast at the time. Ahed and her mother manager to pull the soldier of her brother and free him.Since her arrest, Ahed has received worldwide media coverage and has become the image of dozens of solidarity campaigns across the world demanding her release from Israeli prison, and an end to Israeli detention of Palestinian children.

Ahed’s story has become a symbol of Palestinian resistance to the Israeli occupation, showing the world that even a 17-year-old may be the start of long-awaited change. 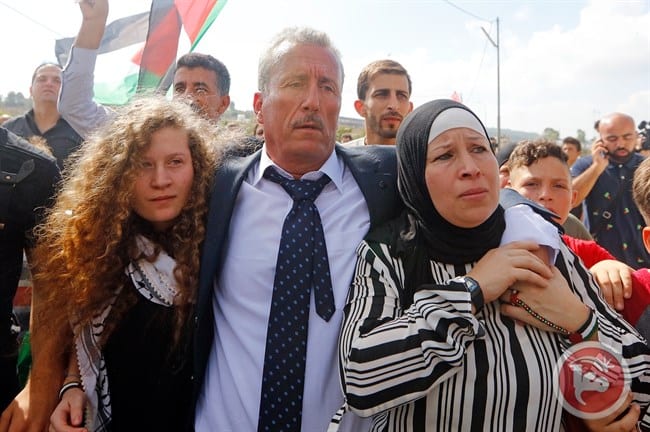 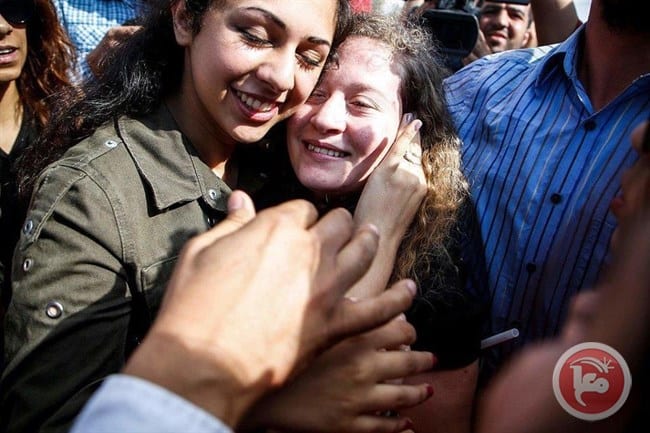 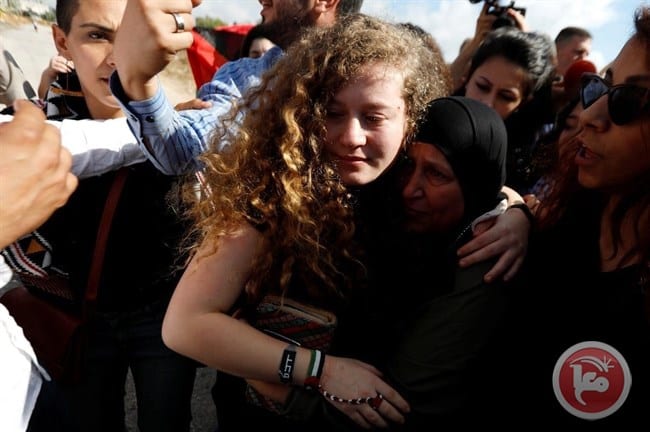 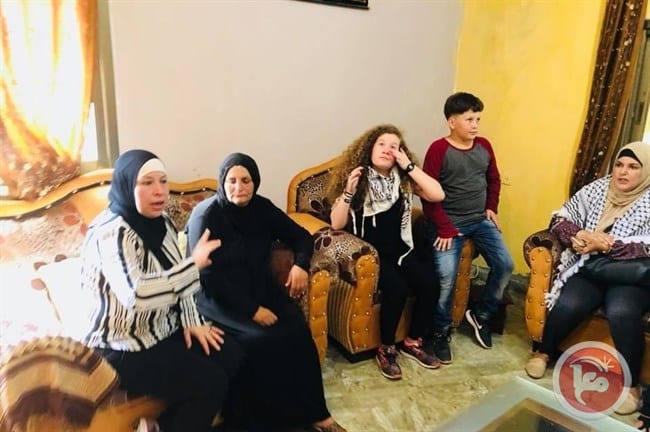 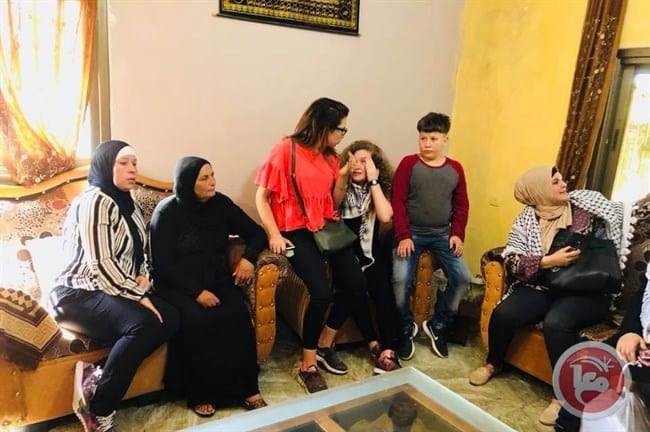 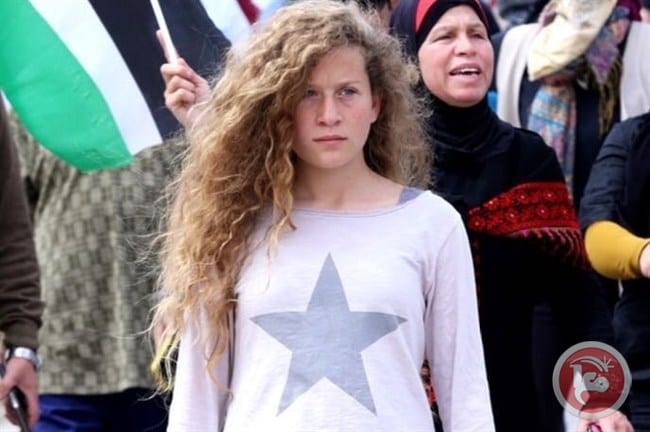