You Are Here: Home → Israeli Soldiers Kill Another Palestinian – fifth one in December

Israeli Soldiers Kill Another Palestinian – fifth one in December 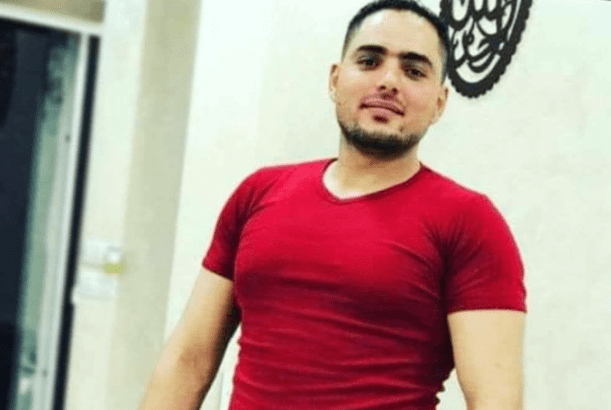 Israeli soldiers killed yet another Palestinian man, Mojahed Hamed, alleging that he had shot at an Israeli military post from his car. No Israelis were injured. (Invading Israeli forces have killed about 196 Palestinians this year, while Palestinian defenders have killed 26 Israelis this year.)

Update Dec 8: Israel forces have just killed another Palestinian, this one near the West Bank town of Aboud

The Health Ministry said the General Authority of Civil Affairs informed it that the soldiers killed Mojahed Mahmoud Hamed, 32, from Silwan town, east of Ramallah.

It added that the soldiers chased the young man, opened fire at him, and took him to an unknown destination before the Israeli side later informed the General Authority of Civil Affairs that the young man had died from his wounds.

The Health Ministry added that the army initially refused to allow the transfer of the corpse of the slain young man to the Palestinians, but later handed his body to a Palestinian ambulance before he was moved to Palestine Medical Complex in Ramallah.

The Israeli occupation army claimed the soldiers “neutralized a suspect who opened fire at their military post from a speeding car.”

The army alleged that the soldiers “pursued the car and fired at the suspect who was driving while firing at the soldiers” and that the army initiated a search campaign “looking for more suspects” and added that no soldiers were injured in the incident.

In addition to killing Mojahed Hamed, Israeli soldiers also invaded Kafr Ein village, northwest of Ramallah, leading to protests, before shooting a young man with several live rounds in the chest, pelvis, and thigh; his wounds have been described as moderate-to-severe.

On Tuesday dawn, December 5th, the soldiers killed Omar Yousef Manna’ Fararja, 22, shot six others, and abducted three, including his brother, in the Deheishe refugee camp, south of Bethlehem, in the occupied West Bank.

On Friday, December 2nd, the soldiers killed Ammar Hamdi Mifleh, 22, in Huwwara town, south of Nablus, in the northern part of the occupied West Bank.

On Thursday, December 1st, the soldiers killed two Palestinians, Na’im Jamal Zubeidi, 27, and Mohammad Ayman Sa’adi, 26, in Jenin, in the northern part of the West Bank.

The entire West Bank has been under Israeli occupation since 1967; all its official entrances and exits are controlled by Israeli soldiers, making its Palestinian inhabitants virtual prisoners.

Many are families that were ethnically cleansed from Israel during Israel’s founding war (see this and this), and by its 1967 war. Israeli forces invade West Bank towns and villages daily.

Thanks to the pro-Israel lobby in the US, Congress disburses over $20 million per day of Americans’ tax money directly to or on behalf of Israel.