You Are Here: Home → Israeli soldiers kill 4th Palestinian in 2023 (3 of them children)

Israeli soldiers kill 4th Palestinian in 2023 (3 of them children) 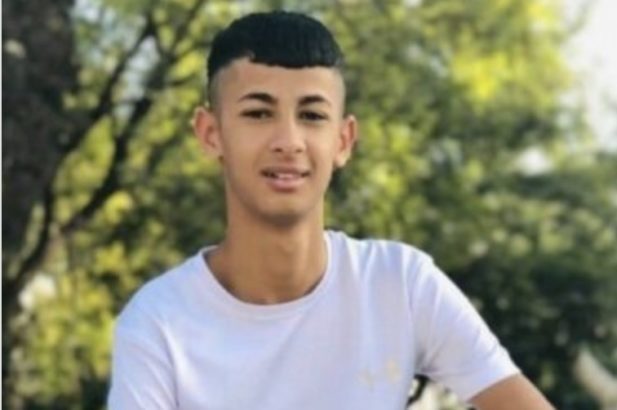 During a brutal invasion of a Palestinian refugee camp, Israeli soldiers shot Amer Abu Zeitoun in the head, killing him. Israel has killed four Palestinians in the first five days of 2023. Three of them were minors.

On Thursday dawn, Israeli soldiers invaded the Balata refugee camp in Nablus, in the northern part of the occupied West Bank, fatally shot a child and injured three Palestinians, one seriously.

The Palestinian Health Ministry has confirmed that the soldiers killed Amer Abu Zeitoun, 16, after shooting him in the head.

Amer was shot shortly after he noticed the undercover soldiers hiding in an alley and ran to warn the residents about their presence.

Many Palestinians protested the invasion before the soldiers fired a barrage of live fire, rubber-coated steel bullets, and gas bombs at Palestinians, injuring three Palestinians with live fire, including one who suffered serious wounds.

During the invasion, the army also closed and isolated many neighborhoods and streets.

Furthermore, the army invaded and ransacked many buildings and positioned its sharpshooters on rooftops before the soldiers surrounded and stormed the home of a former political prisoner, Hasan Al-Araishi, and abducted him after attacking and injuring him and several members of his family.

In addition, the soldiers stopped Palestinian ambulances while heading to Balata to provide the needed medical attention to the wounded.

On its part, the Lion’s Den unified resistance group said its fighters exchanged fire with the soldiers invading Nablus city and Balata.

One of the invading Israeli military vehicles sustained damage after being targeted with an explosive charge during before the army pushed more armored vehicles into the refugee camp after surrounding and isolating it.

The slain child is the fourth Palestinian to be killed by Israeli soldiers in the occupied West Bank in the first four days of this year, 2023.

On Tuesday, January 03, the soldiers killed a child Adam Essam Ayyad, 15, after the army invaded the Deheishe refugee camp south of Bethlehem in the occupied West Bank.