You Are Here: Home → Israeli police officer who killed autistic Palestinian gets promotion 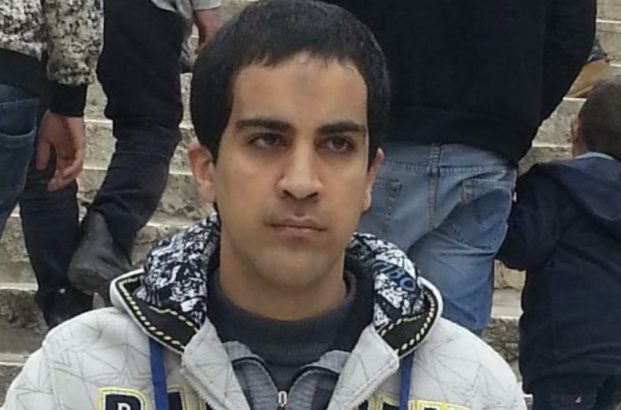 In a culture of impunity for Israeli police and military (and Israel in general), it should come as no surprise that the killing of Eyad Hallaq, a disabled Palestinian man, is rewarded.

Most Americans are aware of the May 25, 2020 death of George Floyd at the hands of a Minneapolis police officer.

Five days after George Floyd’s death, an autistic Palestinian man named Eyad Hallaq was killed at point blank range by Israeli police in Jerusalem. There are striking differences in the cases.

The day after Floyd’s death, the officer accused of causing his death was fired; three days later he was arrested. Within ten months, the officer was tried and found guilty of two counts of murder and one count of manslaughter; he was sentenced to 22.5 years in prison. Floyd’s family received a $27 million settlement following a wrongful death lawsuit. (An alternative view of the case is here.)

Eyad Hallaq’s killer just got a promotion and a raise. Hallaq’s family has received nothing beyond hollow condolences from Israel’s finest. The officer was eventually charged with reckless homicide (2.5 years later, his trial is ongoing). An Israeli soldier who accidentally killed another soldier in 2021 was recently found guilty of reckless homicide and sentenced to 26 months; Israelis who kill Palestinians are unlikely to serve time at all.

It is commonplace for Israeli leaders and politicians – right up to the Prime Minister – to express absolute support for soldiers or police officers who have killed Palestinians in cold blood (examples here, here, and here).

Eyad Hallaq, 32 years old, lived with his parents and attended a special needs school where he was learning vocational skills.

According to the Israeli news site Ha’aretz, one of Eyad’s teacher had taught him the route to his school, introduced him to the armed Israeli police officers posted along the route, and explained to them his disability. They saw the certificate that stated – in Hebrew and Arabic – that he was 100% disabled. She had promised Eyad that he needn’t be afraid of these officers.

He was a familiar site. Every day for six years, he had taken this short route to his school without incident, always walking with his head down, never speaking to strangers.

On May 30, 2020, Eyad Hallaq followed the same route to school as always, carrying a bag as always – one of his chores was to drop off the household trash on his way to school. He was wearing gloves and a mask, as did many people during the height of the Coronavirus pandemic.

He passed a checkpoint – a barrier erected by Israel to enable Israeli security forces to control the movement of Palestinians – but one of the officers apparently called out an order for him to stop. Out of fear or confusion, he ran away. Officers gave chase, calling “terrorist!” and firing several times, hitting him in the leg.

At some point, his teacher found him and stayed with him to the end.

Eyad hid in a garbage room, where a number of officers converged on him. He was disoriented and terrified, but his teacher shouted in Hebrew and Arabic that he was disabled, and begged them to check the papers in his pocket.

In spite of his teacher’s exhortations, his disability, the gunshot wound in his leg, his empty hands, and the absence of any threat, one officer opened fire at point blank range, shooting him three times in the abdomen and killing him.

The traumatized teacher was then taken to the police station, where she was strip searched and interrogated for hours.

Israeli police officers raided the family home and, without a word, began searching it. When one of them said, “when is the funeral?” the Hallaq family understood that Eyad was dead.

An investigation revealed that the officer who had fired the lethal shots (the same one who has received a promotion) was a new recruit – and was armed with an M-16 rifle. His commander had called for him to cease fire, but he allegedly “continued shooting…because he saw that Hallaq was still moving.”

The area where Eyad was killed is full of security cameras – hundreds of them, monitored by Israeli police. But during the course of the investigation, according to Israel Hayom, “prosecutors claimed that none of the cameras in the area had worked and there was no footage of the incident.”

Hallaq’s body was taken to Israel’s Institute of Forensic Medicine; in spite of the family’s demand, a Palestinian pathologist was blocked from attending the autopsy.

Palestinian lawyer and member of the Israeli legislature Ayman Odeh had predicted this police cover-up, but declared,

At the same time we must remember that those officers were the ones who pulled the trigger, but the occupation loaded the gun.

Justice will be served only when the Hallaq family and the entire Palestinian people will have freedom and independence.

The Israeli Border Police commander, Amir Cohen, stated, “We are people of the law and we respect the law. If the court decides that he is guilty – we will dismiss him from service immediately. We cannot have anyone with criminal convictions serving in our system. But as long as he has not been convicted – I have no problem with his service, which is why I recruited him to permanent service.”

A trial is underway; the charge of reckless manslaughter is unlikely to stick, if history is any guide.

(The Times of Israel reported that 2020 had seen two Israeli deaths from attacks by Palestinians – the lowest number in Israel’s history; a third Israeli was killed the day after the article came out. 34 Palestinians were also killed in 2020).

Cohen added that at the time of the incident, the officer

acted in accordance with his awareness of the circumstances during those moments. He truly believed that this person was a terrorist, and I am sure that he acted as he did because of the potential danger…

The officer’s commander described his own perception of Hallaq: “He had gloves and was wearing black, it all meant a terrorist for me…From my point of view I’m running after a terrorist who wants to harm innocent Jews. One that maybe has a gun or an explosive.”

The attorneys for the police concurred: “As far as [the officers] were concerned, he was a terrorist for all intents and purposes. They acted in accordance with the explicit order they received from their superiors…the two acted according to protocol, while doing their best to apprehend the suspect.”

The group studied five years’ worth of complaints by Palestinians against Israeli soldiers – 1,260 total (over 400 of the complaints involved the deaths of Palestinians). Just 3 of the death-related complaints led to indictments.

At best, the odds of an Israeli soldier being indicted is just 0.87 percent.

When such a case does reach prosecution, the charges tend to be understated, and sentences tend to be lenient. For example, Israeli soldiers who killed Palestinians have ended up with a few weeks or months of community service (see this, this, and this).

Another study, this one by the Palestinian legal center Adalah, concluded that Israel’s shoot-to-kill policy works hand in hand with a justice system (both the Police Investigation Unit and the Israeli Justice Ministry) that “defend[s] the shooters instead of investigating the cases and [putting] those responsible on trial.”

MORE ON ISRAEL’S WHITEWASHING OF CRIMES AGAINST PALESTINIANS: