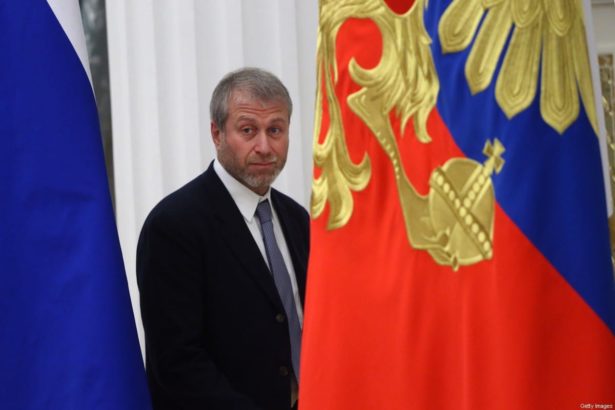 Israeli groups are asking that Russian-Israeli billionaire Roman Abramovich be spared sanction because he has been generous in funding Zionist causes – causes that dispossess Palestinians.

Several prominent Israeli institutions and individuals have appealed to the US not to sanction Russian-Israeli billionaire Roman Abramovich.

Abramovich, who took up Israeli citizenship in 2018 after failing to extend his visa to the UK, has donated almost $102 million to a far-right Israeli settler organisation which displaces Palestinian families from occupied East Jerusalem. His total donation to Israeli causes however is said to be more than $500 million. The oligarch has also purchased at least three properties in Israel, one worth 64.5 million.

[Editor’s note: Among the recipients of Abramovich’s money are the ADL and Conference of Presidents of Major American Jewish Organizations for initiatives that allegedly work against ‘antisemitism.’ However, a major focus of both organizations is Israel advocacy, and the definition they use employs a nontraditional, newly created definition under which many statements and actions against Israeli oppression of Palestinians are considered ‘antisemitism.’]

The letter said sanctioning Abramovich would cause harm to Israeli institutions that rely on him for donations. Yad Vashem Chairman Dani Dayan added that Abramovich was the museum’s second-largest private donor, after the late Sheldon Adelson and his widow, Miriam.

“We are deeply grateful to Roman Abramovich for this generous contribution that will significantly strengthen Yad Vashem’s mission,” Dayan said.

In a column in Haaretz newspaper, Israeli writer Noa Landau described the letter as “embarrassing.” Landau also criticised Yad Vashem for facilitating what she called “Shoah-washing” by inviting figures such as the right-wing leader of Hungary, Viktor Orban, to visit the museum as part of the Israeli political push against Palestinians and Iranians, despite accusation of anti-Semitism against Orban. [Such accusations may be questionable.]

Abramovich has been walking a diplomatic tightrope since the Russian invasion of Ukraine. The West has responded by imposing sanctions on Russian President Vladimir Putin, members of his inner circle and Russian Oligarchs close to him.

The decision by Israeli institutions to come to Abramovich’s aid also underscores the diplomatic tightrope walked by the occupation state. Though Israeli officials have criticised Russian invasion of Ukraine, they have refused several requests for help from Ukrainian President Volodymyr Zelensky, including for the transfer of military equipment.

Ukraine’s Ambassador to Tel Aviv, Yevgeny Kornichuk, said he was “disappointed” that Israel was not accepting all refugees from the war in his country. The racist practices of the state of Israel also became a source of anger and frustration for Ukrainian officials. While the occupation state has opened its doors to Ukrainian Jews, it has not been so welcoming to non-Jews fleeing the war.