You Are Here: Home → Israeli forces kill unarmed Palestinian protester with bullet to the head 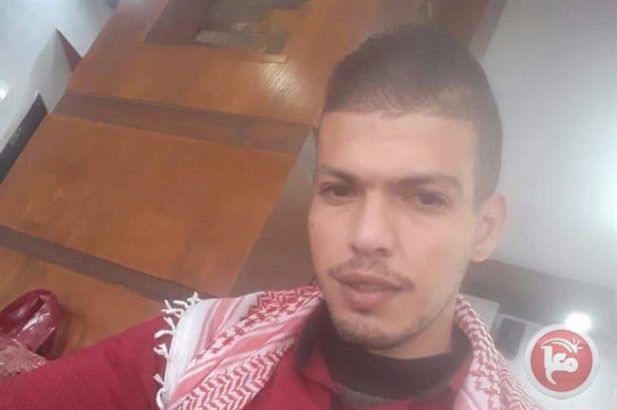 Ahmad Abdul-Jaber Salim, 28, shot dead with a bullet to the head by Israeli forces on Jan 15, 2018 during an unarmed protest in Jayous, Palestine.

January 15, 2018: Ahmad Abdul-Jaber Salim, 28, from Jayyous town, was shot by Israeli soldiers with a live round to his head, and died from his serious wounds at Darwish Nazzal hospital, in Qalqilia, in the northern West Bank.

Eyewitnesses said Israeli soldiers fired many live rounds at Palestinian protesters, wounding Ahmad in the head, and then fired gas bombs at the Palestinian ambulances and medics that arrived on the scene.

Ahmad was transferred to Darwish Nazzal hospital and was pronounced dead shortly afterward.

It is worth mentioning that Ahmad was a former political prisoner, who was held by Israel for three years before he was released in 2016, and was a student of the Al-Quds Open University in Qalqilia.

He was the secretary of the “Student Unity Block,” of the Democratic Front for the Liberation of Palestine (DFLP).

Following his death, the soldiers completely closed the main road, and installed many roadblocks in the area.

Many youngsters also hurled stones at Israeli army vehicles and settlers’ cars, while hundreds of Palestinians marched to the hospital protesting his death.

Ahmad was from Jayyous, near Qalqilia, in the northern part of the West Bank. Source: IMEMC.

Ma’an news reports that according to witnesses Israeli soldiers shot Salim from less than 20 meters away.

Go here for a list of all Palestinians and Israelis killed by the other side since 2000.